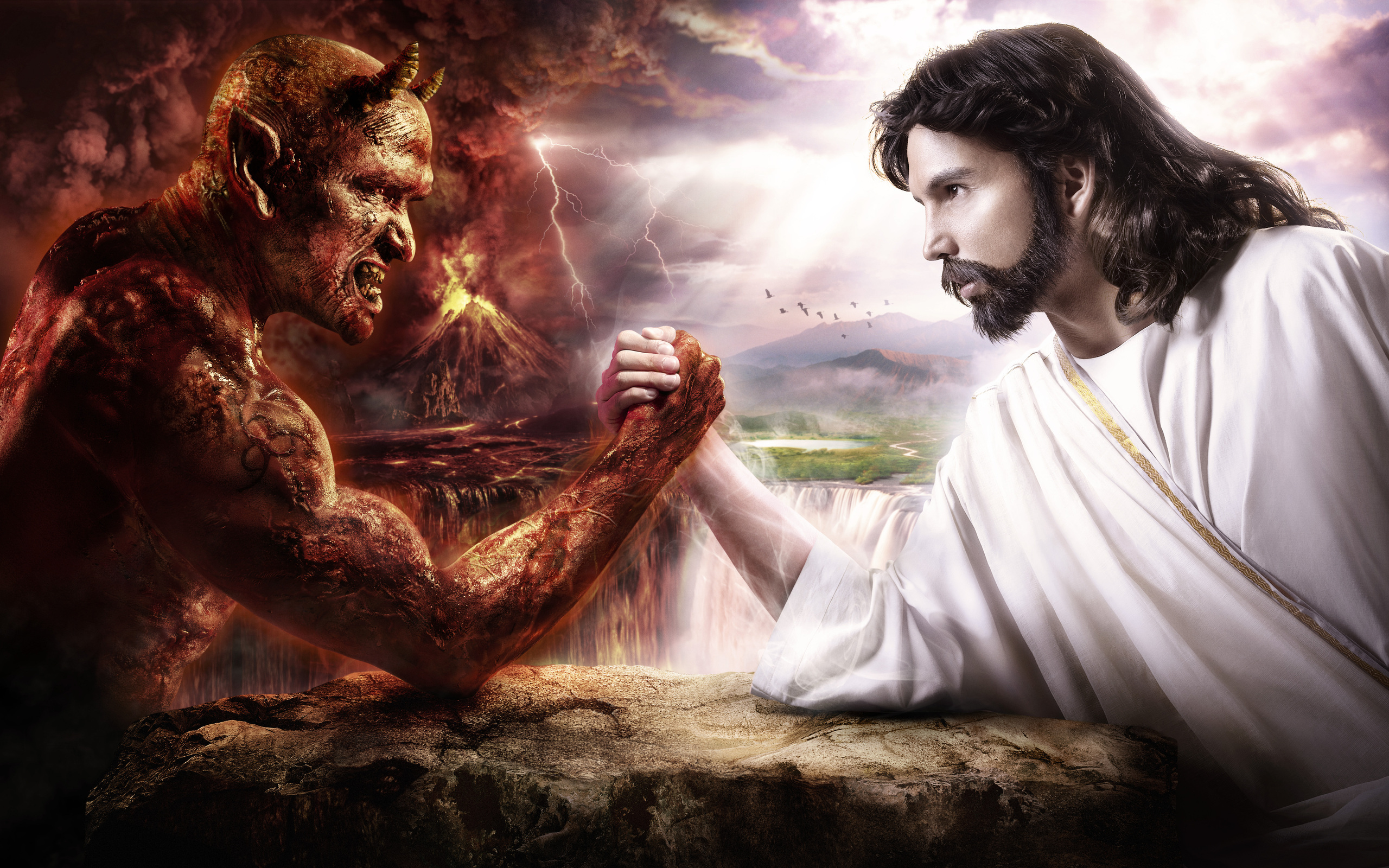 There has been much diversity in the body of Christ whether or not a Christian can be demon possessed. Much misunderstanding has resulted from the use of the word “possessed”. Possessed is to own, characteristic or attribute, to gain or exert influence over.  To dominate, to control or maintain in a given condition.  To be influenced or controlled, as by an idea or emotion. When using the word possessed as in ownership, a Christian cannot be possessed for were bought with a price by the shielding of the blood of Jesus.

When using the word possessed as in ownership, a Christian cannot be possessed for were bought with a price by the shielding of the blood of Jesus ( For ye are bought with a price: therefore, glorify God in your body, and in your spirit, which are God’s – 1st Corinthians 6:20). If you use the word possessed as in an attribute of quality of character, yes, a Christian can be possessed.  We must keep in mind we are either serving God or we’re serving Satan. It’s a difference between ownership and to be controlled.
A person can be a born-again Christian, but yet be controlled by Satan in certain areas of their emotions, will, and desire. In the Bible, there was a man in the church that was possessed by a devil and Jesus healed him. Because the man was in church, I would say, he was a believer. He could have been a believer but had not made up his mind to serve God completely and totally. There is a difference between a believer and a born-again Christian. A believer is one that believes that there is a God but has not given their hearts to Jesus to be Lord of their life. A born-again Christian is one that has been changed spiritually. They now have the Spirit of God indwelling them.

Luke 4:33 And in the synagogue there was a man which had a spirit of an unclean devil, and cried out with a loud voice. This man was in the church and because he was there and desired deliverance, Jesus healed him. If we’re ruled and guided by our emotions and wills, then God is not ruling, its sin in us ruling. Either we’re going to be servants of God or we’re servants of Satan  (Know ye, not that to whom ye yield yourself servant to obey, his servant ye are to whom ye obey; whether of sin unto death, or of obedience unto righteousness – Romans 6:16).  Satan cannot possess a Christian heart, but he can possess the will, the desire, and emotions.

We walk, talk and act out the character of who we belong to. When you see a person that goes to church and it seems as though they love God, anytime you see them, they’re talking about God, but when it comes to obeying the Word of God as far as stop gossiping or slothfulness in prayer, whether or not they want to admit it, Satan has ground in that area of their mouth and their prayer life. They can’t stop talking about people when it’s time to pray, they can find hundreds of excuses to not pray. This is an area the person needs to be delivered in. If we’re obeying in one area, but compromising in other areas of God ‘s Word; the areas we’re compromising are the areas we need deliverance.

As long as Satan can keep Christians focus on the word” possessed”, he will continue to have many Christians bound.  As Christians we should be manifesting the character of our Father; love, kindness, gentleness, longsuffering, patience, joy, happiness, meekness and peace.  If our character is manifesting contention, temper, anger, stubbornness, disobedience, criticism, fault-finding, inferiority, lying and deceit. These are areas Satan has possessed in our character, and we need deliverance. Although all people are tempted differently according to their individual weakness, temptations follow patterns. They appeal to three fundamental areas of our life. (1) Lust of the flesh – physical desire, (2) Lust of the eye – personal desire, (3) Pride of life – self-interests.

Most spirits when they victimize a person they never come alone, it’s usually with two or more and as the person progress in sin, more spirits come in and take resident. Say for instance, when a person starts to worry and continue to worry, the spirit of worry is already there, fear comes, then anxiety will follow. These are spirits and they didn’t come from God. We must recognize the Spirit of God and the Spirit of Satan.  (For the weapons of our warfare are not carnal (of the flesh), but might through God to the pulling down of strongholds – 2nd Corinthians 10:4).   If our character and behavior are opposite of the Word of God other than the character of God then we need to take dominion over ungodly behavior or ungodly character which is ungodly spirits manifesting in the person’s character and behavior. Read the Bible, study the Bible and receive spiritual knowledge that can save your soul.

The Bible was written for the believers to have knowledge of their Father and to have knowledge of Satan as well as what is expected of them as children of God. Naturally, when a man father’s a child, you can tell that he’s the father by the DNA; when we become children of God, the blood that Jesus gave for the remission of our sin will be our DNA. Our character will be that of our Father, people will know He’s our Father by our character and behavior. We will produce the fruit of the Spirit, and if Satan is ruling in any area of our life, we will produce his fruit. What’s in you will be manifested rather it’s good or bad.

As Christians, we know when we’re not in line with the Word of God; that’s if we read and study the Word of God. When we’re out of godly character, the Holy Spirit will nudge us, that’s if we’re connected with Him through our relationship with Him through prayer, fasting, reading and studying the Word of God as well as submitting ourselves to His Word. When a behavior is manifested that is opposite of the Word of God we know, we have left our guards down and it’s time to pray it out, fast it our, and demand it out in Jesus name. Spirits attach themselves to us; they speak to our mind and influence with thoughts, think on it long enough and it will become an action.

← The Power of Praise
Insurance Premium →