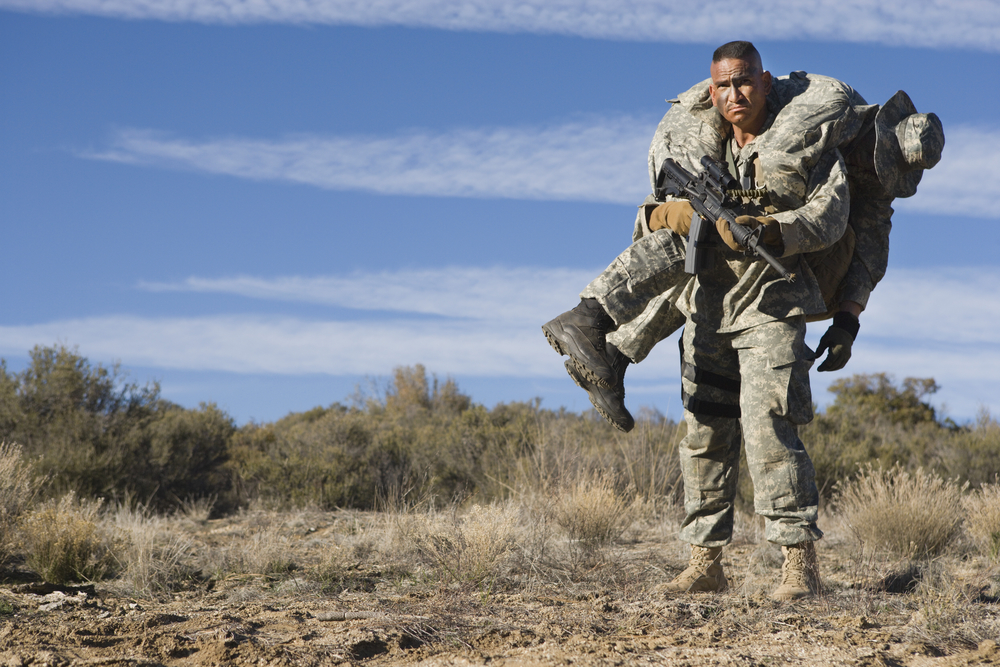 Thou therefore endure hardness (hardship), as good soldier of Jesus Christ. No man that warreth entangle himself with the affairs of this life: that he may please him who hath chosen him to be a soldier (2nd Timothy 2:3-4).

God chose you, and it’s your choice if you will accept His invitation. Just as in the natural military; God is looking for a soldier with qualities that will meet His standards. Everyone cannot join the military if they don’t have the qualifications. When a soldier joins the military he or she is aware they will be in a battle with the enemy, and the military prepares them for the battle. Spiritually, spiritual soldiers will be prepared for battle.  A baby Christian will not come in contact with the enemy until he or she has been properly prepared to go into battle. The military is looking for soldiers who will be dependable, bearing, courage, decisive, endurance, enthusiasm, integrity, judgment, justice, tact, unselfishness, loyalty and knowledge. Spiritually, the same qualities must be in a spiritual soldier. A spiritual soldier must be prepared at all times, not knowing when the enemy may attack.

A spiritual soldier like a natural soldier must be dependable. God is looking for soldiers He can depend on, one that He can use anytime and anywhere, and any place.  An individual who will present their body as a living sacrifice. As a natural soldier is restricted from going into certain places, doing certain things, so is the spiritual soldier.  God is looking for a person who will pray without Him making them pray, one who will fast without trials and tribulations making them fast. A soldier’s conduct and character must be good at all times even when they may be at a bad time.

God cannot use a soldier who has no courage, a soldier must be willing and fearless to fight against the enemy with one goal in mind to take out the adversary. A soldier cannot worry about what people think of them or what they may do to them. A soldier must stand up for the gospel even when it looks as though he or she will be persecuted and rejected because of their stand for God’s written Word. A soldier must be decisive, having the ability to make decisions properly and to announce them in clear, forceful manner without being in their emotions, by the Spirit of God. A soldier must have endurance, shouldn’t be fretting because of a trial or tribulation; knowing sooner or later God is coming to deliver them, but in the meantime they will continue in praying, fasting, reading and studying God’s Word, continually looking for an opportunity to minister to someone about the good news of Jesus Christ. A soldier doesn’t stop doing what is required of them because of trials and tribulations.

A good soldier has enthusiasm about their salvation, they don’t take it for granted and is willing to tell anyone about the Grace of God to whoever will listen. They must have integrity at all times, never wanting to bring a reproach against their identity as a Christian;  showing faithfulness in Church, but when they are alone they will do what is against the Word of God. A soldier must make the judgment which is discernment from the righteous and the ungodly, he or she must be able to discern what spirit they are confronting and not the individual. The Bible indicates we should know a person by the fruit they bear, and that’s whether they are bearing good or bad fruit. A soldier shouldn’t discriminate who they will witness to;  everyone was created by God. A soldier should have tact, capable of confronting or ministering to others without creating an offense. A soldier should always have others in mind; who they can help or encourage. When a soldier keeps in mind he or she is on call 24 hours a day, they don’t have time for foolishness; they are keeping themselves prepared to be used by God at any time.

A soldier must be loyal to their Heavenly Father no matter what the circumstances may be, and they must have knowledge of the Word of God. Spiritual soldiers fight with the sword which is the Word of God. Spiritual soldier makes sure they have their eyes and ears open to the voice of God, they don’t allow anything to be placed before their eye or ear gate to go into their spirit. A spiritual soldier is aware that the angels of God are with them to fight, they are aware its the Spirit of God who lives within them, making them conquerors. Every Christian is called to duty, armor up and fight the good fight of faith and using the Word of God. A soldier also helps his or her comrades, they never leave them in battle by themselves.

← Persistence
Power In the Name of Jesus →