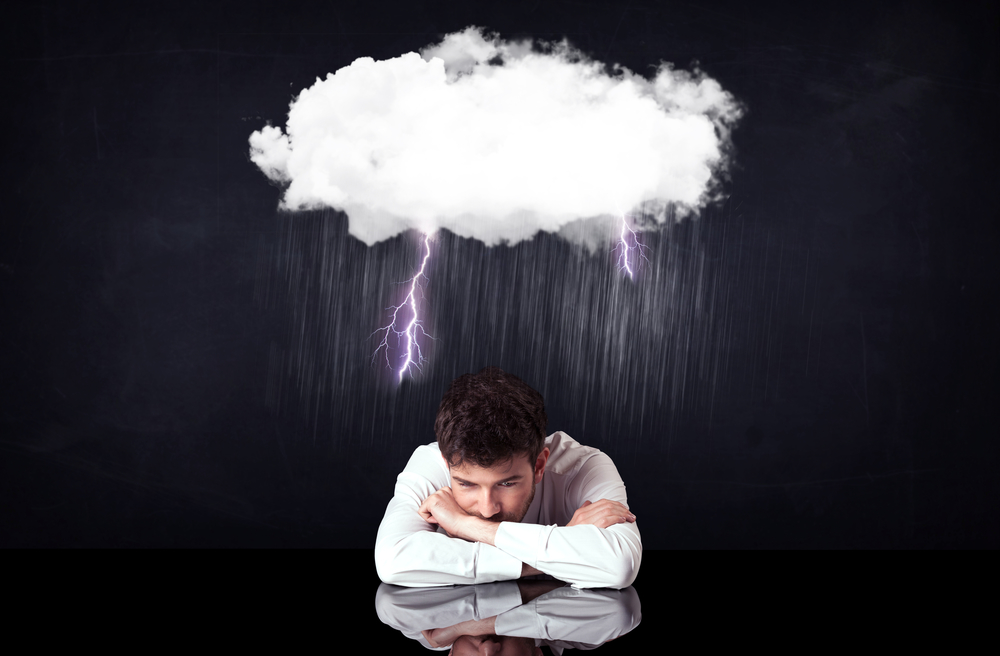 At midnight I will rise to give thanks unto thee because of thy righteous judgments  – Psalm 119:62

God will never allow Midnight to come into your life and He’s not there with you. You may not feel Him or hear His voice, but He’s there with you to bring you through the Midnight if you allow Him. God teaches us to place our trust in Him. When a teacher finishes teaching a lesson, they don’t talk while the student is taking the test, but after the test is taken that’s when the teacher begins to talk. It’s the same thing with us; God allows tests to come to see what we have learned by reading and studying His Word and by attending church. The lesson is His Word; the test is how much have you learned and how much do you believe in Him and His Word.

We can believe when everything is going well in our lives and family, but when the storms of life begin to blow, how much do we believe God is for us and not against us?  Sometimes God will allow us to be in captivity by the enemy and if we follow the instructions of God, we will come out with the victory.   Job was a man of God, he feared God, and shunned the very appearance of evil.  One day when the angels presented themselves before the Lord, Satan came also. The Lord asked Satan where he had been, Satan told Him from going to and fro in the earth; then the Lord asked Satan, had he considered His servant Job.  Just as God had seen Job’s dedication; Satan also knew of his dedication, if it weren’t so, Satan wouldn’t have told the Lord “Doth Job fear God for naught (nothing)”?  So don’t ever think your dedication is gone unnoticed by God or Satan. Some of the things you’ve experienced are because Satan is trying to make you deny the power of God. He is trying to make you sin against God to keep you from your blessing, but always remember Satan cannot do anything to you unless God has given him permission, and since God has given him permission, God knows your heart towards Him; so what Satan is doing towards you, will work together for your good, if you will believe the report of the Lord and not what Satan is making you feel or see.

According to the Word of God, we have a hedge of protection around us (Hast, not thou made a hedge about him, and about his house, and about all that he hath on every side? Thou hast blessed the work of his hands, and his substance (possessions) is increased in the land – Job 1:10).  Satan knew God’s protection was around Job just as he knows the protection around us, but he works hard to keep us from believing the protection we have of God. That is why we have been instructed to put on the whole armor of God and to have the shield of faith to quench all the fiery darts of the wicked.  Satan will not influence a born-again Christian to commit fornication or adultery, but he will influence one to have doubt and unbelief; doubt and unbelief is the opposite of God, so if it’s the opposite of God, it’s from Satan, and if it’s from Satan it is sin because it’s an adversary of the Word of God. Through all the things Job went through, never did he questioned God why he was going through what he was going through, or ask the question, why me. Although Job was suffering, he purposed in his heart not to sin against God by being anxious, doubtful or have unbelief. Job believed God’s Word over his circumstance. Job lost his all children, servants, and his possessions. His body was afflicted with boils; his friends found fault in him rather than comforting him, but through it all, Job believed God was going to give him the victory; He didn’t blame God for what he was going through. God allows us to go through different things to place something in us or take something out of us. Then there are times God has nothing to do with what you’re going through; it’s an attack of  Satan and his host.

Whatever you may be going through, remember it was God who made you, it was God who chose you, it was God who allowed you to go through your Midnight, and it will be God who brings you out of your Midnight.  Look to God’s Word and not what you’re facing. Don’t allow Satan to plague your mind with doubt and unbelief. You were chosen of God before the foundation of the world. God spoke over your life and what He has spoken over your life shall come to manifestation. God’s Word will not return to Him void, God exalts His Word above His name.

It may seem as though you’re walking in the shadow of death, know that the Lord is with you, and He will comfort you. He will prepare a table before you in the presence of your enemies. Allow the Lord to be magnified and not your circumstance.  Just as an angel came to minister to Jesus in the Garden of Gethsemane in His Midnight, God will allow an angel to visit and minister to you in your Midnight. The angels of God have encamped around about those that love God and fear Him. You don’t have a problem God cannot solve. You don’t have a circumstance that God does not know about. Your Midnight is a test, and when it’s finished it will give God glory and give you more faith and anointing. God never allow midnight to come into our lives for naught. Jesus is soon to return and Satan is attacking everyone that has dedicated themselves to God completely; he’s trying to discourage, give doubt and unbelief. Satan will go as far as trying to influence Christian’s that God has forsaken them or God is angry with them.  God knows what He has invested in you, and whatever it takes to bring it forth, He will allow the midnights to come because He knows you will bring light to a dark, and evil world.