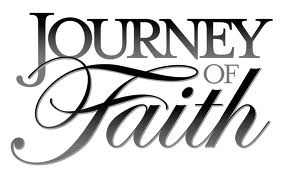 What You See Is What You Get

And there we saw the giants the sons of Anak, which come of the giants: and we were in our own sight as grasshoppers, and so we were in their sight (Numbers 13:33).

God instructed Moses to send men to Canaan to search the land  God had given them. When they got there, they saw the greatness of the land, the grapes were so large, it took two people to carry them, they brought back to the camp pomegranates and figs, but they also brought back to the camp a fearful report.  Although God had promised them the land, He didn’t say they didn’t have to fight for what was theirs. Ten of the men saw themselves as grasshoppers and what they saw in themselves they influenced others to think likewise.

When you’re having faith in God for something, it’s not good to be around people that will look at your circumstance more than they will look at God if you hang around them long enough, you to will begin to have their faith.  As Christians, we have mountaintop experiences and we have valley experiences, when we’re in the valley, don’t deny where you are, but see yourself coming out of the valley.  If you’re sick, see yourself healed, the same Word that saved you will heal you. If you’re bound by an addiction or a bad habit, see yourself being delivered. What you see is what you will receive whether it’s positive or negative.