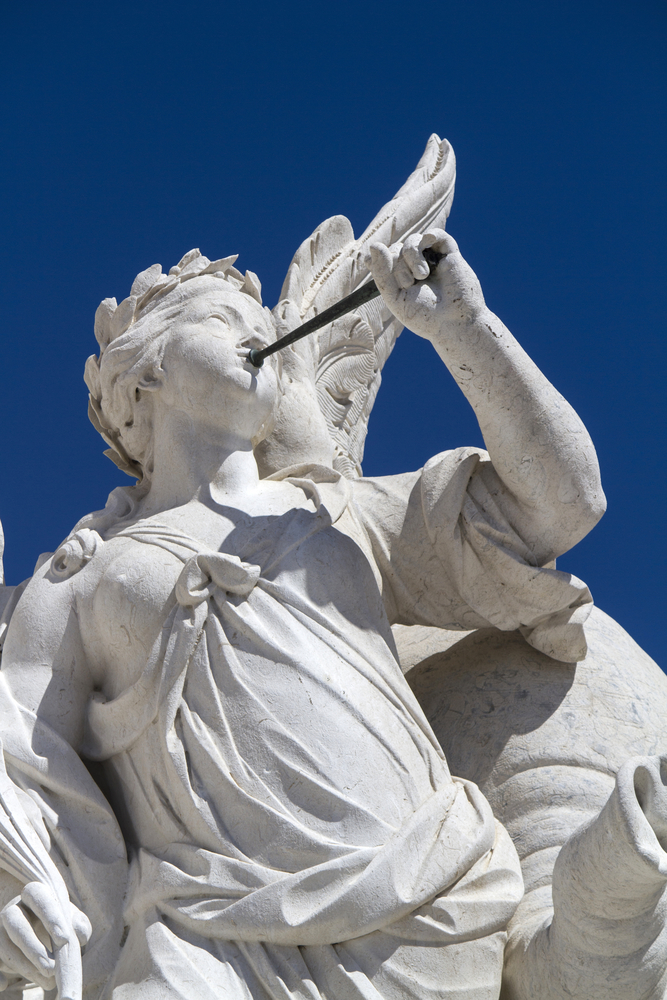 Sound Of The Trumpet

For the Lord himself shall descend from heaven with a shout with the voice of the archangel, and with the trump (trumpet) of God : and the dead in Christ shall rise first. Then we which are alive and remain shall be caught up together with then in the cloud, to meet the Lord in the air and so shall we ever be with the Lord-1st Thessalonians 4:16-17.

Although the word “Rapture” does not occur in the English Bible, the Latin Bible uses the verb from which rapture derives.  The Rapture is the first phase of Christ’s return; involving every Christian alive at that time.  These Christians will be caught up to meet Him in the clouds, instantaneously receiving glorified bodies.  All those who have died in Christ will be resurrected; those who are alive and saved at the time of the Rapture will be caught up with Christ before the start of the “Seventieth Week of Daniel”, that is, the Great Tribulation.Accompanying the descent of Christ from heaven will be the voice of an archangel, perhaps Micahel, who is portrayed as the leader of the army of God.  The archangel’s voice will be one triumph because of the great victory at the coming of Christ, culminating thousands of years of spiritual conflict with Satan.The final signal will be the trumpet of God.  The three elements consisting of the shout of the Lord Himself, the voice of an archangel, and the trumpet of God will perhaps be a separate event occurring in rapid succession.  The resurrected bodies of Christians will be like that of Christ, incorruptible, and immortal, and yet they will be bodies of flesh and bone.

Many do not believe there will be a day of judgment and those who denied the salvation of the Lord will be in torment, yet the Bible speaks of this occurrence. The Bible is our GPS to get us the point where we can be “Christians”; many are professing to be Christians but their lifestyle is different than what the Bible gives a definition of what’s a “Christian”.  Christianity does not define one as being rich, famous, educated or nationality. Jesus came to save the world, not one specific group.  Although the Jews were God’s chosen people every nationality has been engrafted into the family of God through the resurrection of Jesus Christ from the dead when they receive Jesus as their Savior and Lord.  Lordship indicates ownership; if one has not submitted their spirit, soul, and body to Christ for Him to create them in the image of God they haven’t truly accepted salvation.

Salvation is accompanied by sanctification if the person has really submitted themselves to the Lord. Sanctification is not a denomination but it is a surrendered life to the Word of God.  The Holy Spirit and God are also active in the sanctification of Christians (That I should be the minister of Jesus Christ to the Gentiles, ministering that gospel of God, that the offering up of the Gentiles might be acceptable, being sanctified by the Holy Ghost-Romans 15:16). (Elect according to the foreknowledge of God the Father, through sanctification of the Spirit, unto obedience and sprinkling of the blood of Jesus Christ; Grace unto you, and peace, be multiplied-Peter 1:2). God has a standard, and He has given us His written Word to be our guide.

If our lifestyle isn’t what the Bible has instructed us to be as Christians, people of God, we will not enter into the kingdom of God. Many believe because they haven’t committed some of the worse things one can think of they are candidates for the Kingdom, but not according to the Word of God. A murderer will enter in if he or she has confessed their sins and asked God for forgiveness from their heart than one attends Church on a regular basis and still living, listening, attending, digesting substance we shouldn’t be as Christians. This is why it is important for professing Christians to not only read the Bible but study the Bible and ask for divine revelation.

We are responsible for knowing what is required of us as professing Christians, chosen people of God. The day is coming when Christ will return for His church and it’s not the building, but the spiritual house we have been building (For other foudation can no man lay than that is laid, which is Jesus Christ. Now if any man build upon this foundation gold, silver, precious stones, wood, hay, stubble. Every man’s works shall be made manifest for the day shall declare it, because it shall be revealed by fire, and the fire shall try every man’s work of what sort it is. If any man’s work abide which he hath build thereupon, he shall receive a reward-1st Corinthians 3:11-14). This does not mean working in the different positions in the church, it does not mean through gifting monetarily, but building yourself on the Word of God and living it out.  Jesus will be returning for His people, do a self-examination through the Word of God and see if you will be a candidate.