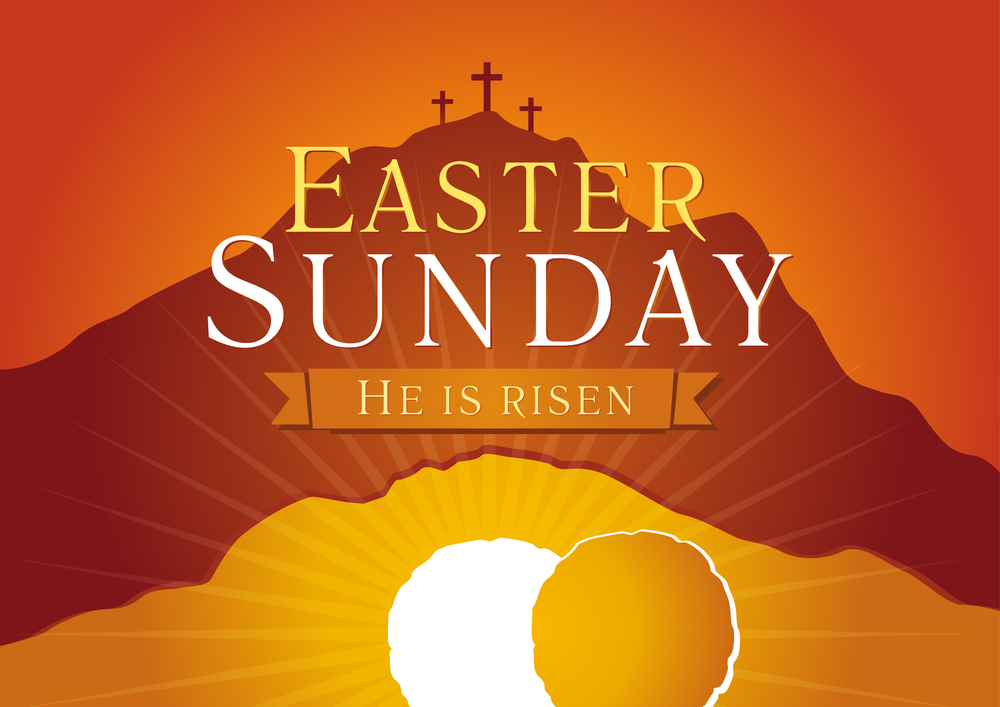 And when he had apprehended him, he put him in prison, and delivered him to four quaternions of soldiers to keep him intending after Easter to bring him forth to the people (Acts 12:4).

Easter is a festival celebrating the resurrection of Jesus Christ. The name has been attested as early as the eighth century A.D., is believed to have derived from annual sacrifices in honor of Eostre, the Anglo-Saxon spring goddess. The Eastern Church, following the practice of early Jewish Christian, first observed the celebration on the fourteenth of Nisan (March through April), the first day of Passover.

The Western church, following the Gospel accounts on Christ’s resurrection (Mathew 28:1), set the festival on a Sunday, the first to follow the new moon which occurs on or immediately after spring. Eastern Orthodox churches employ a different system of calibration, may observe the festival one, four or five weeks later. The English translation King James Version indicates “Easter” for the seven-day Passover festival after King Herod Agrippa I intended to sentence and execute Peter.

Easter celebration in some denominations is considered as paganism, meaning heathenism, agnosticism, idolatry, and atheism. In the Greek language, “Easter” is the Passover (meal of the day, the festival or the special sacrifices connected with Easter or Passover) Festival is a celebration of when one is merry, joyous about someone or something.

When the nation of Israel was delivered from Egypt they were instructed to take a lamb without blemish for the Passover, to drain the blood into a basin and apply the blood to both sides of the door frame. After applying the blood they were to roast the lamb and eat it with unleavened bread and bitter herbs. This was the meal they were celebrating their deliverance from Egypt. They were to apply the blood to the door post; every house that had blood on their doorpost the death angel passed over them. The annual feast of the Passover commemorated the birth of the nation of Israel and their deliverance from Egypt. Typologically, it pointed towards the deliverance from the bondage of sin to be provided by Jesus; we as Christians are the spiritual Jew (But he is a Jew, which is one inwardly; and circumcision is that of the heart, in the spirit, and not in the letter; whose praise is not of men, but of God-Romans 2:29).

When John the Baptist introduced Jesus; He was introduced as the “Lamb” of God (John 1:29, 36). The Lord’s Supper is our Passover remembrance” as well as the celebration of the death, burial, and resurrection of our Lord and Savior; Jesus, the Son of God.  If the blood of Jesus has been applied to the doorpost of our hearts, the death angel will pass over us, (wages of sin). The blood that has been applied to our hearts can save our household. Our deliverance from the slavery of sin should be celebrated daily, it should be something we never take for granted.

We as Christians not only should recognize the typological fulfillment of the Passover sacrifice by Christ but also our responsibility to “keep the feast” by living a sincere and truthful life that will please the Father when He looks at us, it will please our Lord to see His death for the Christian wasn’t in vain when we live a life that is pleasing to the Father. Easter is a day of celebration, Christians don’t worship no other God, but Jesus, the Son of God. Easter is not about purchasing a new suit or Easter bunnies and baskets, it’s a day as a parent we should explain to their child or children why Easter is celebrated.

Jesus died for the sins of the world, He had power to lay down His life and He had been given power to rise it. They didn’t take His life, He gave His life. The only way one can be saved is through excepting Jesus’ s salvation. Religion will not save you, no other god or name will save you. Each day we live, we’re one day closer to death, where will you spend eternity?