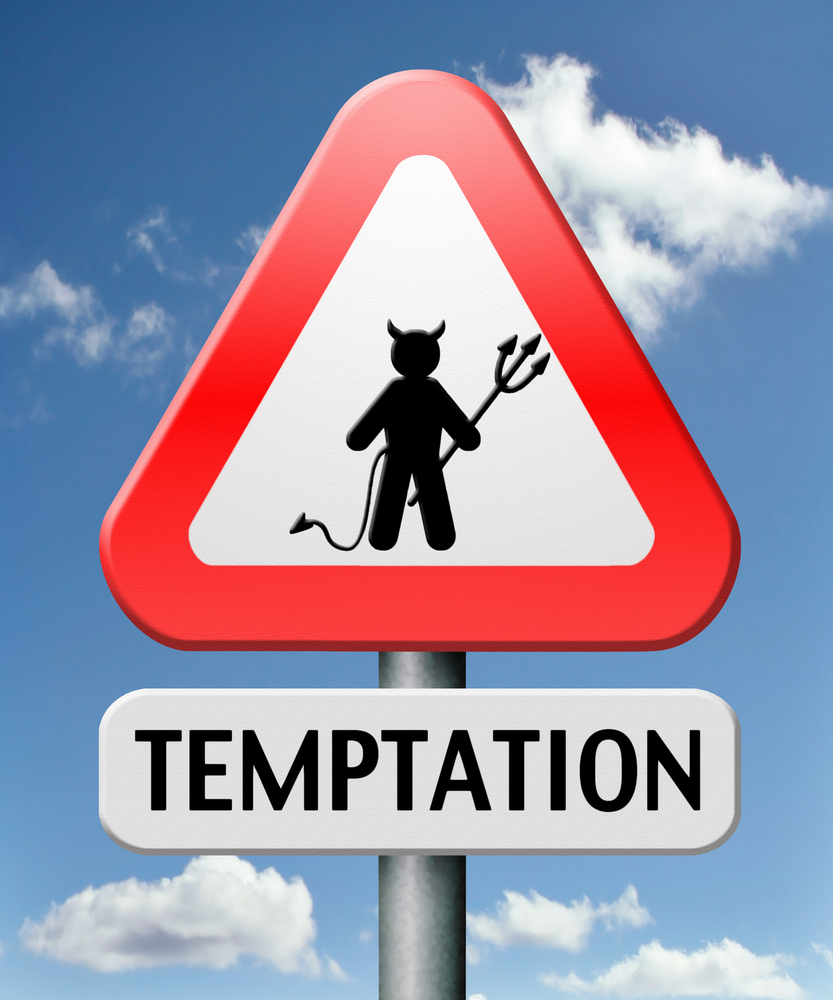 There is no temptation taken you but such as it common to man; but God is faithful who will not suffer you to be tempted above that ye are able, but with the temptation also make a way to escape, that ye may be able to bear it – 1st Corinthians 10:13.

Temptation comes to every Christian in different forms, but whatever form it comes in, God has given each Christian the power to have victory. Yes, sometimes when temptation comes we will be influenced because of our lack of prayer and fasting as well as not being watchful of how the temptation may come.

Sin is enjoyable that’s why it has such a stronghold on many professing Christian. Don’t think Satan is going to influence you to do the right thing, he will always influence with things that God has instructed the believer not to do. And don’t think God does not know you will be influenced by temptation that is why He has enabled Christians to have power over sin in their lives. The problem is, many Christians aren’t aware God has empowered them because they don’t take the time to read and study God’s Word. They don’t pray until there is a need, and some never fast. The first temptation was in the Garden of Eden. God instructed Adam not to eat of the tree of knowledge of good and evil; all the other trees in the garden he could “freely eat”. He was instructed if he ate of the tree of knowledge of good and evil that he would die, meaning he would be separated from God, not literally dying.

The serpent influenced Eve to eat of the tree that was forbidden and gave some to her husband Adam. Satan didn’t tell her the consequences of their disobedience would cause a curse to come upon all mankind as well as the earth. Satan tempts through our eye gates, and ear gates. This is why it is so important that Christians restrict themselves from listening and looking at certain things. Their disobedience caused sin to enter into the world and it gave dominion to Satan as being the god of this world (In whom the god of this world hath blinded the minds of them which believe not, lest the light of the glorious gospel of Christ, who is the image of God, should shine unto them – 2nd Corinthians 4:4). Satan is a spirit, he hates God and he hates all humans, and especially those that have given their lives to serve and worship God. Satan influences our thoughts, if the thought is continued, and lingered on, it will become an action. As well as what we see influences our thoughts.

Satan centers on restriction, casting doubt on God’s word. Eve didn’t consider that God had said they could “freely eat of every tree” except the tree of knowledge of good and evil. A good earthly father will restrict their child from certain things that he knows that would be detrimental to their well-being; God is greater than any earthly father and He has restrictions on certain things that will be detrimental to our physical well-being as well as our spiritual well-being. Satan knows he has limited time and he’s trying to influence as many people as he can to disobey God’s instructions. Satan is not coming to you with horns, tail and a pitchfork. He influences with resentment, hate, bitterness, depression, anxiety, torment, impatience, selfishness, anger, addictions, compulsions and with so many other temptations. Most Christians just focus on cheating, lying, stealing, adultery, and fornication. They don’t think about the difference influences.

As Christians, we have to always be on guard, remembering we’re dealing with a pro, a spirit that has been around for centuries. He comes to steal, kill and destroy, his goal is to send the professing Christian to hell along with him and his angels at the return of our Lord and Savior. Christians are being tempted just as the non-believer, this is why Jesus instructed His disciples to pray unless they will be tempted (Watch ye and pray, lest ye enter into temptation. The spirit truly is ready, but the flesh is weak – Mark 14:38). First of all, every professing Christian needs the empowerment of the Holy Spirit to assist them with their godly living. Secondly, to avoid being tempted, one must have a consistent prayer. Meaning you will pray other than when things are going on in your life. With busy schedules, it takes persistence to make time to spend with God on a daily basis, but you can do it if you have the heart and mind to do it. Give yourself a day or two you will fast, this will strengthen you spiritually as well as making you more sensitive to the Spirit of God and demonic spirits. As Christians, we need to do more than just read the Bible like we’re reading a novel, study God’s Words, and find out your weaponry.

Never think you can’t be tempted (For if a man think himself to be something when he is nothing, he deceiveth himself – Galatians 6:3). David and Solomon were godly men, but they both fell into temptation. What you feed your spirit man will bring about the outcome of you having victory over temptation. Feasting on the Word of God daily, prayer daily, day or days of fasting will build spiritual muscles. Christians don’t have to be afraid of Satan or his co-host when they know who the belong to. The Spirit of God that spoke everything in existence lives within your being, depend on Him and not yourself. Have faith in Him, and not your self, keep yourself humble before God and He will empower you to deal with whatever Satan tries to bring.

← In the Name of Jesus
Don’t Lose Faith In God →