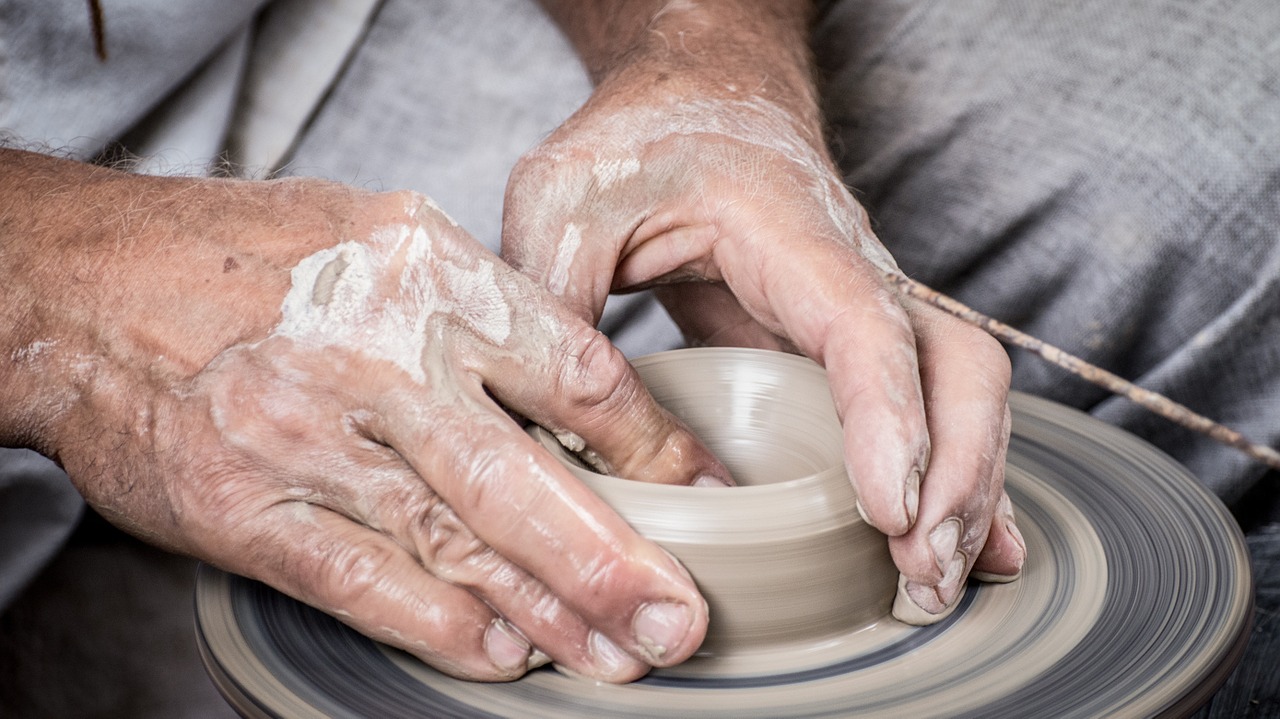 And the vessel that he made of clay was marred (ruined) in the hand of the potter: so he made it again  another vessel, as seemed good to the potter to make it – Jeremiah 18:4.

The potter’s vessel was marred therefore unsuitable for its intended purpose. The potter’s remodeling of the clay into an acceptable and unblemished work symbolized God’s action in reforming Israel. The people had become marred and defiled and had to be reformed into a vessel fit to be identified with the  Lord.

While Jeremiah looks carefully upon the potter’s work, God darts into his mind two great truths, which he must preach to the house of Israel: That God has both an incontestable authority and an irresistible ability to form and fashion kingdoms and nations as He pleases to serve His own purposes. That, in the exercise of this authority and ability, He goes by fixed rules of equity and goodness.

It’s not God’s desire to see any of His creation perish and go to hell, but He has given us a way of escape through His Son, Jesus, and He has given us the power to dominion sin. Jesus didn’t go through the brutal beating and die for us to continue in sin (What shall we say then? Shall we continue in sin, that grace may abound? God forbid. How shall we that are dead to sin, live any longer therein – Romans 6:1). Christianity is not professing to be a Christian, but living a life that will represent our conversion to a Christian. Conversion requires the commitment of the total personality, intellect, emotion and will to God.

Because of the love of God and His long-suffering for us, He will continue to draw us to Him, and sometimes the drawing causes us pain and sorrow. Sin is like a dreadful disease it spreads from one person to another. The only way the dreadful diseased will be stopped is by death or the conversion of the individual to Christianity by re-birth. If the person dies in his or her sins, they will not enter into heaven no matter how many good deeds they did, neither by how the minister may try to preach them into heaven. When we live a life in iniquity, we’re living according to our will and not the will of God and Jesus has informed the believer, those who live in iniquity, He will tell them to depart from Him, that He doesn’t know them (And then will I profess unto them, I never knew you: depart from me, ye that work iniquity – Matthew 7:23). Not everyone professing Christianity is genuinely saved, those that are saved continually live in obedience to the will of God as the normal curse of his or her life.

A person that is truly saved, have a prayer life, they talk with God, and God talks with them. He will show them areas in their life where they need to repent or areas they have been slothful. When we practice sin, we don’t read our Bibles, we don’t have a prayer life, we don’t follow the instructions of the word of God because we don’t know the word of God. How can we know about the Bible, if we don’t read it? Sin places a mark on us the same way when we live as a true Christian, godliness will place a mark on us.

We are the spiritual Jew, the Israelites, the people of God, and He wants His people to be instructed and directed by His written word. Take time and pray, read and study the Bible, make a commitment to live a life that will please God.