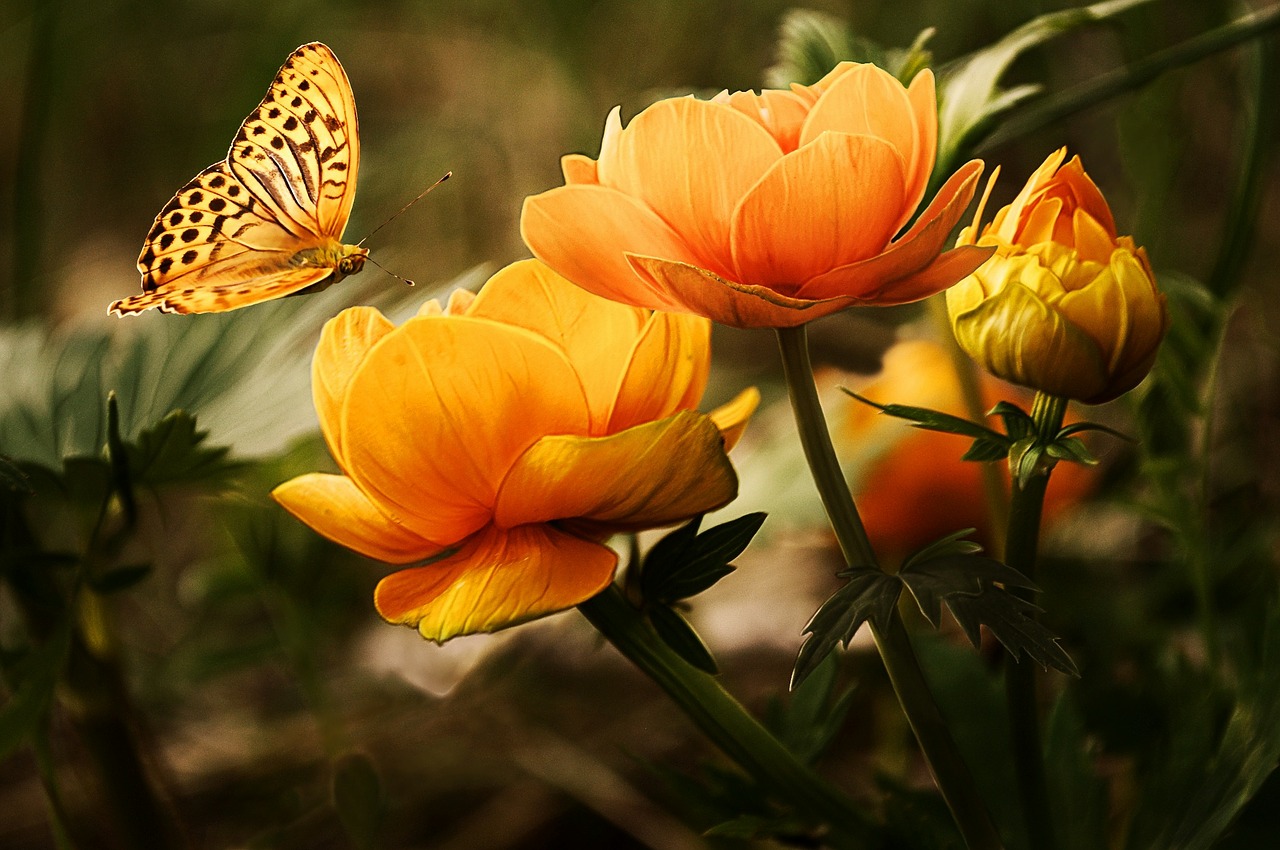 Golden Text:  But this man,  because He continueth ever, hath an unchangeable priesthood. Wherefore He is able to save them to the uttermost that come unto God by Him – Hebrews 7:24-25.

Hebrews 7:2 – To whom also Abraham gave  tenth part of all; first being by interpretation King of righteousness, and after that also King of Salem, which is King of peace.  It begins with Abraham returning from battling with eastern kings who had taken Sodom and Gomorrah by force and also had taken captives, including Abraham’s nephew, Lot.  Abraham and his servants defeated them and rescued the captives, recovered the goods and returned to Canaan. At Abraham’s return is when he was met by the king of Salem, Melchizedek. Abraham gives Melchizedek a tenth of all the spoils of the battle. His reverence for Melchizedek shows his greatness by the title of his name King of righteousness, and King of Salem meaning “King of peace” which symbolizes the nature of Christ who combines these two virtues in His Person and rule. Melchizedek priesthood was similar to Jesus’ priesthood righteousness and peace, Jesus’ Priesthood is forever, Melchizedek’s priesthood is presented as if it were forever, since the Bible says nothing about any successors.

Hebrews 7:3 – Without father, without mother, without descent, having neither beginning of days, nor end of life; but made like unto the Son of God; abideth a priest continually. Genesis, a book with many genealogies has none for Melchizedek. The author is not saying that Melchizedek was born without a father or mother, only that there is no record of his birth in the genealogies of Genesis. This description of Melchizedek prefigures the eternal priesthood of Jesus. Like Melchizedek, Jesus is both Priest and King, belonging to a righteous priesthood that is independent of Aaron’s. Some commentators have cited this passage as evidence that Melchizedek is a reincarnate manifestation of Jesus. This is unlikely, for the author states that Melchizedek is “Like the Son of God, not the same as being the Son of God.

Hebrews 7:19 – For the law made nothing perfect, but the bringing in of a better hope did: by the which we draw nigh unto God. The Aaronic priesthood and the Law it administered were unable to bring perfection and that is was why a priest of that Melchizedek type was needed to replace them. The Old Testament law was unable to make people perfect and complete. Its job was to be a measuring rod against which people could compare themselves and recognize their sinfulness. Bringing in the better hope by the Son of God, Jesus Christ. The Old Testament priest were born into priesthood, but God appointed Jesus as the High Priest forever. Jesus is superior to any and all human priest. Through Jesus’ obedience brought in a better covenant with God’s people.

Hebrews 7:20 – And inasmuch as not without an oath He was made priest. Christ’s priesthood is superior to the Levitical priesthood because it was established by an oath (The LORD hath sworn, and will not repent, Thou art a priest forever, after the order of Melchizedek – Psalm 110:4). When the word LORD is in all capital letters its speaking of God whereas when Lord first letter is capital and all other letters are lower case its speaking of Jesus. Jesus was installed with an oath whereas Aaron and the other priest weren’t. Jesus’ eternal priesthood is guaranteed by God, whereas the Levitical priesthood was dependent on the duration of the Law, as well as when one of the priest died, there would be a successor.

Hebrews 7:21 – (For those priest were made without an oath; but this with an oath by Him that said unto Him, The LORD sware and will not repent, Thou art a priest for ever after the order of Melchisdec). The Levitical priesthood was not established with an oath, but God Himself gave the oath for Jesus’ priesthood. An oath is a legally binding statement of intent. Jesus is the surety or guarantee of the new covenant that God implemented. The Levitical priesthood order dependent on the Law and because of the Law’s weakness and preparatory nature, it ended and with it the Levitical priesthood. God’s oaths for Jesus stands forever. There was no successor with Melchizedek, neither will there be with our Lord, and Savior.

Hebrews 7:22 – By so much was Jesus made a surety of a better testament. This scripture declares Jesus to be a “surety” it refers to a guarantee or a pledge. Jesus’ guarantee to us is that God will keep His promise of forgiveness. He also guarantees to His Father that those who have trusted Him are acceptable in the divine presence. Jesus’ guarantees is a better covenant. Jesus’s eternal priesthood is a promise from God, and as Priest, Jesus’ promises neither the Father’s agreement will and can’t be forfeited. God has initiated an agreement that we may approach Him through Jesus, and Jesus Himself is the pledge that it will be honored. This is why Jesus has instructed His disciples to ask the Father in His name (Hitherto have ye asked nothing in my name: ask, and ye shall receive, that your joy may be full – John 16:24). God honors our prayers when we ask Him in His Son’s name. When we go before Him, He sees the blood that Jesus died for our sins.

Hebrews 7:23 – And they truly were many priests, because they were not suffered to continue by reason of death. Throughout Israel’s history, many men served as priest both in the Old Testament and New Testament and they all died, but Jesus, because He is eternal has an everlasting Priesthood. Both Jesus and the Biblical priest died, but Jesus’ death was temporary whereas the other priest will have to be resurrected through the power of Jesus when He returns, Jesus is the resurrection for those who has died in Christ.

Hebrews 7:24 – But this man, because He continueth ever, hath unchangeable priesthood. Because He lives forever, He has an unchangeable Priesthood. “Unchangeable” indicates something that can’t be transgressed, invaded or violated. It is permanent and does not change. In the Levitical system, the high priest office was always changing. When one high priest died, another assumed the office. Because Jesus is eternal, He has an unending Priesthood.

Hebrews 7:25 – Wherefore  He is able also to save them to the uttermost that come unto God by Him, seeing He ever liveth to make intercession for them.  Christ is able to deliver from whatever evil may assail us. Because Jesus is fully God, and fully man, He’s aware of our temptations, He’s aware of our fears. He’s aware of what’s happening in our life and through His position as High Priest, He’s interceding on our behalf. The word “save” speaks of sanctification, the continuing process by which we are freed from the power of sin. His salvation is not only continuous, but its complete, but its only for those who come to God through Him, accept His salvation by faith and allow His continuous work to be completed in them.

Hebrews 7:26 – For such an high priest became us, who is holy, harmless, undefiled, separate from sinners, and made higher than the heavens. “In such a high priest became us” would be more precisely translated “For such a high priest was fitting for us”. Our sense of suitability tell us we need a high priest who is holy, harmless, undefiled, separated from sinners, and made higher than the heavens. Higher than the heavens means Christ is exalted above all and sits in glory at the right hand side of the Father. Jesus’ characteristics sets Him apart from the usual Levitical priest and practices. Jesus didn’t have to offer a sacrifice for His sins as the Levitical priest had to do for themselves, but Jesus was the ultimate sacrifice for sin.

Hebrews 7:27 – Who needeth not daily, as those high priests, to offer up sacrifice, first for his own sins, and then for the people’s: for this He did once, when He offered up Himself. The high priest offered an annual sacrifice on the Day of Atonement for the atonement of the people’s sin and for himself, but the priest also offered sacrifices other than the Day of Atonement when they had sinned. In contrast, Jesus offered Himself once, a perfect, sinless sacrifice for the sins of all. Since Jesus was perfect, He did not have to offer sacrifice for His own sins. The permanent, eternal nature of Jesus’ Priesthood established by an oath of God is in sharp contrast to the temporal, weak nature of the Levitical priesthood, Jesus was sinless!

Hebrew 7:28 – For the law maketh men high priest which have infirmity; but the word of the oath, which was since the law, maketh the Son, who is consecrated for evermore. Here the contrast between Jesus Christ and the Levitical priests is summed up. The law maketh men high priest which have infirmities, and since the law made nothing perfect, this included  the high priest who presided over the sacrificial system. Being chosen from other men and being installed by men who themselves had human weaknesses, both physical and moral. The oath that was made by God was for the Son, for He only had the qualifications to be the eternal High Priest. His nature and characteristic was holy and consecrated before God forever.