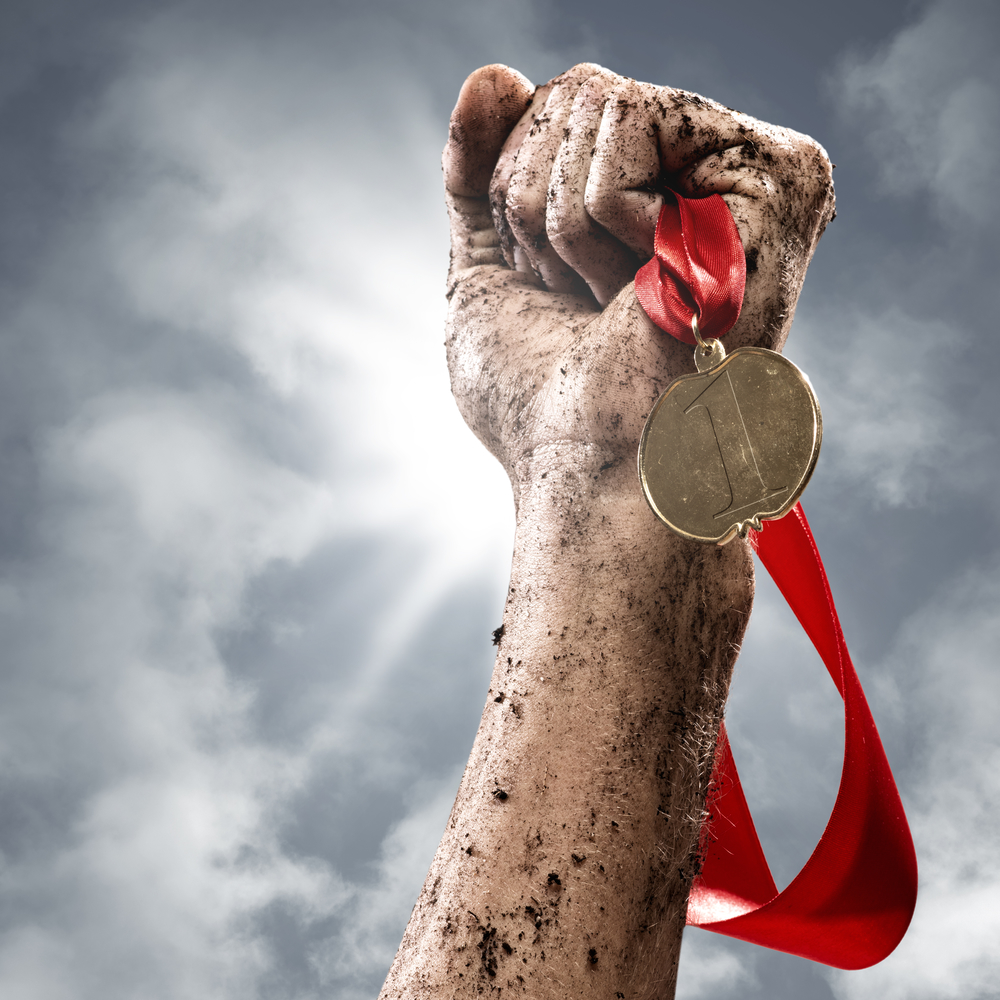 Nay, in all these things we are more than conquerors through him that loved us. For I am persuaded, that neither death, nor life, nor angels, nor principalities, nor powers, nor things present, nor things to come. Nor height, nor depth, nor any other creature, shall be able to separate us from the love of God which is in Christ Jesus our Lord – Romans 8:37-39.

Many times as Christians we quote the Scripture “we are more than conquerors”, but not focusing or realizing in order to be a conqueror something has to be conquered in us and through us. The trials and difficulties we go through do not separate us from God’s love, they make us conquerors by assisting us to realize we must depend on God.

Christians who are authenticated know Christianity is not walking through a bed of roses, neither are they on an emotional rollercoaster. One day they are spiritual, they are living on the mountain top, feeling as though they can conquer the world, the following day, they are in the valley of despair feeling as though they are in the valley by themselves. Then it is those that feel as though when life bring them life issues or God is allowing them to go through a test or trial that God does not love them. This is why we have been instructed to put on the whole armor of God because we’re in a spiritual war and when we became Christians, we volunteered to be a soldier.

A soldier can’t be weak or fearful, he or she must know they have a General who is Sovereign and is very much aware what they can handle, He will never allow more to come upon you than you can withstand. Death has no victory over the saints of God, Jesus has conquered death and so will we (For this corruptible must put on incorruption, and this mortal must put on immortality. So when this corruptible shall have put on incorruption, and this mortal shall put on immortality, then shall be brought to pass the saying that is written, Death is swallowed up in victory – 1st Corinthians 15:53-54).  Death here indicates those who died in Christ and not just professing the word Christian. Life will bring issues whether or not you’re a Christian, but with the Christian, they have Jesus and the angels fighting for them, this does not mean the Christian doesn’t have to fight, we fight through speaking the Word of God, fasting and praying and submitted to the Word of God, then we have God and His angels fighting with us and for us.

Whenever going through difficulties you need to hear more of the Word of God then than you did before the difficulty to strengthen your faith. Fasting should be an option, the flesh needs to b crucified in order to keep from walking in your emotions rather than the Word of God. Prayer is much needed and more when issues of life bring hurts, pain and disappoint in order to say from the heart, not my will Lord, but thy will be done. When we completely have given ourselves to God nothing interrupts our faith, we know for a surety who have conquered everything that will come in life whether it’s through trials, tribulations or the attack of Satan, Jesus has conquered the adversary and so shall we (Behold, I give unto you power to tread on serpents and scorpions, and over all the power of the enemy: and nothing shall by any means hurt you: Notwithstanding in this rejoice not, that the spirits are subject to you; but rather rejoice because your names are written in heaven – Luke 10:19-20). This scripture doesn’t mean literally serpents and scorpions but spirits, Satan’s co-host, there is no reason to ever feel as though you’re defeated or be fearful when Jesus has empowered you to fight against whatever comes against you. Saints of God, God is for you, Jesus is with you, and the angels have encamped around about you, fear not, and be not dismayed.