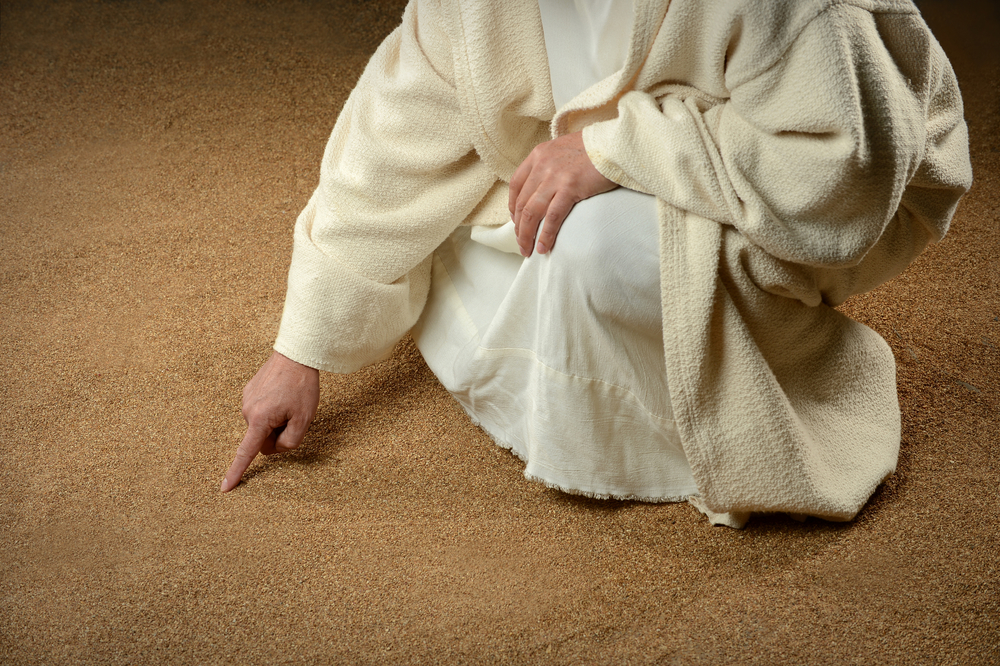 John 8:1 – Jesus went unto the mount of Olives.  He went out of Jerusalem, perhaps because He had no friends there that had either kindness or courage enough to give Him a night’s lodging; while His persecutors had houses of their own to go to.  In the daytime when He had work to do in the Temple He willingly exposed Himself, but in the night He withdrew into the country, and sheltered Himself there.

John 8:2 – An early in the morning he came again into the temple, and all the people came unto him, and he sat down, and taught them.  Early in the morning means “at dawn”.  Because of the feast of Tabernacles had concluded the day before many visitors were still in Jerusalem.  Attracted by the appearance of a noted rabbi, a crowd rapidly gathered.  Three things are being exampled here (1) He wasn’t offended because none of the towns people gave Him a place to rest or lodge; rather He was concerned about their souls, raising up early to go to win souls. (2) The place, the Temple; not so much because it was a consecrated place but because it was not a place of concourse. (3) He sat down and taught them as one that was concern and passionate about their physical and spiritual well-being.

John 8:3 – And the scribes and Pharisees brought unto him a woman taken in adultery, and when they had set her in the midst. Those that were taken in adultery were by the Jewish law to be put to death.  The scribes and Pharisees bring her to Jesus and set her in the midst of the assembly as if they would leave her wholly to the judgment of Jesus.  It appears to have been a set-up(1) why were the scribes and Pharisees being at someone’s house, shouldn’t they have been in the temple? (2) How were they aware to go to this particular house? (3) Where was the man, she couldn’t have been committing adultery unless she had a partner?  The Jewish leaders had already disregarded the Law by arresting the woman without the man (And the man that committeth adultery with another man’s wife, even he that committeth adultery with his neighbor’s wife, the adultery and the adulteress shall surely be put to death – Leviticus 20:10).

John 8:4 – They say unto him, Master this woman was taken in adultery, in the very act. The religious leaders were trying to trap Jesus into saying something that was contrary to the Law.

John 8:5 – Now Moses in the law commanded, that such should be stoned: but what sayest thou?  The leaders were using the woman as a trap so they could trick Jesus.  If Jesus said the woman should be stoned, they would accuse Him of violating Moses’ Law.  If  He urged them to execute her, they would report Him to the Roman who did not permit the Jews to carry out their own executions.

John 8:6 – This they said, tempting him, that they might have to accuse him.  But Jesus stooped down, and with his finger wrote on the ground as though he heard them not.  Whatever answer Jesus would have given them, He was going to either have an encounter with the Jews or the Romans; rather than giving them an answer, He stooped down and begin to write on the ground as though He didn’t hear them.  It could have been rather than giving a quick answer, He was listening to what the Father was instructing Him to say.  It could have been He wanted to be slow to speak and quick to hear what they were saying and needed wisdom to give them a reply.

John 8:7 – So when they continued asking him, he lifted up himself, and said unto them, He that is without sin among you, let him first cast a stone at her.  By saying that only a sinless person could throw the first stone, He highlighted the importance of compassion and forgiveness.  He turned the conviction of the prisoner upon the prosecutors.  His seeming not to take notice of them made them the angrier.  At last, He puts them all to shame and silence.

John 8:8 – And again he stooped down, and wrote on the ground.  It is uncertain whether Jesus was ignoring them by writing on the ground or whether He was writing the Ten Commandments or listing the sins of the persecutors.

John 8:9 – And they which heard it, being convicted by their own conscience, went out one by one, beginning at the eldest even unto the last: and Jesus was left alone, and the woman standing in the midst.  When Jesus said that “Only someone who had not sinned should throw the first stone”, the leaders begin to walk away quietly from the eldest to the youngest.  They were convicted in their conscience which is a good thing because they could have disregarded their conscience and stoned her; they had already disregarded the Law by not bringing the man.

John 8:10 – When Jesus had lifted up himself and saw none but the woman, he said unto her, Woman where are those thine accusers?  Hath no man condemned thee? When Jesus lifted Himself up, He didn’t see any of the leaders only the woman, and He asked her where were her accusers. By the leaders being gone, the question was hath no one condemned her, and since they hadn’t condemned her neither was He.

John 8:11 – She sais, No man, Lord, And Jesus said unto her, Neither do I condemn thee: go, and sin no more.  “Sin no more” implies that Jesus forgave her, He did not condemn her, but neither did He condone her sin;  He instructed her to go and sin no more.  As Christians, we too must be forgivers. We don’t suppose to hate people, but hate the sin; pray for their deliverance,  and love them to Jesus.