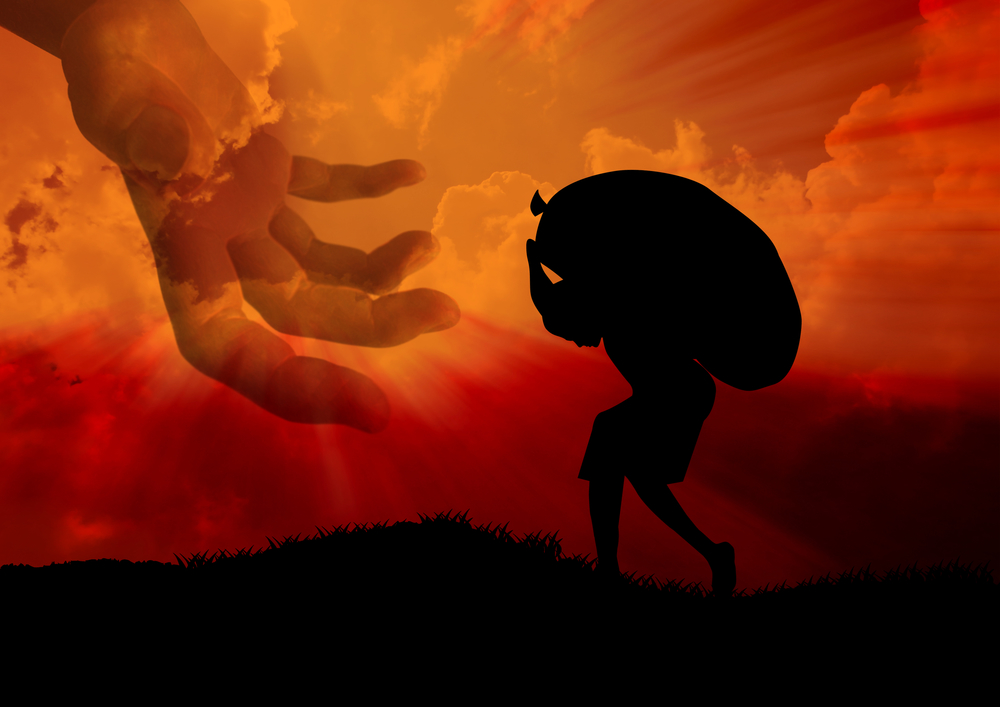 If it be so, our God whom we serve is able to deliver us from the burning fiery furnace, and He will deliver us out of thine hand, O king – Daniel 3:17

Daniel (Belteshazzar), Shadrach (Hananiah), Meshach (Mishael), Abednego (Azariah) better known as Daniel and the three Hebrew boys. Daniel and his companions were teenagers when they were taken captive by King Nebuchadnezzar. After they were taken as hostages, their names were changed from Hebrew names that reflected their godly heritage to Babylonian names that denoted praise of Babylonian gods. The Babylonians changed their names, but they couldn’t change their character.

Nebuchadnezzar had a dream that disturbed him, he commanded the magicians, astrologers and the sorcerers and the Chaldeans to interpret his dream. The problem was, he couldn’t remember the dream, and secondly, he was inquiring from a people who had no connection with God. Because they couldn’t interpret the dream, the king was angry and made a decree that all the wise men of Babylon be destroyed.  Daniel was a wise man, he went to the king and ask to be given time, he would tell him the dream and give him the interpretation of the dream.  Daniel told Hananiah, Mishael, Azariah about the commandment the king had made. They went into prayer asking for the mercy of God to reveal to them the dream and interpretation of it and to keep them from perishing with the rest of the wise men of Babylon.

Daniel and his companions were in prayer of agreement, and God answered their prayer. Just as He answered Daniel and his companions, He will answer your prayer, but you must be like Daniel and his friends, purpose in your heart, you will not defile yourself with the king’s meat. Daniel chose not to eat the king’s food because the meat was probably pork or some other forbidden food according to Jewish law, and it probably been sacrificed to idols. Although Daniel was in a culture that did not follow God’s law, he chose to obey them himself.

God revealed to Daniel the dream and the interpretation of the dream.  Soon after the interpretation of the dream, Nebuchadnezzar made an image of gold, this image may have been inspired by his dream, whatever the case may be, the people were to bow down and worship the image when they heard the sound of the horn, those who didn’t worship the image would be thrown into a fiery furnace.  The three Hebrew boys didn’t bow or worship the image and they were thrown into the furnace. After being thrown into the furnace, Nebuchadnezzar saw someone else in the furnace with them, and he said: “Lo I see four men loose, walking in the midst of the fire, and they have no hurt; and the form of the fourth is like the Son of  God”.  Their faith in God and their submission to God, caused the Son of God to come on the scene.

We’re living in a society that willingly disobeys the commandments of God, Christians are looked upon as second-class citizens, illiterate, and foolish because we believe and submit ourselves to the Word of God. You will be persecuted on your job, at your school and even in your home because you will not agree with the world’s way of thinking and their actions. No matter how troublesome or hurtful it may be, submit yourself to the Word of God, and Jesus will deliver you. Just as God uses people, Satan uses people too, and because Satan hates God, he hates you too and will use whoever or whatever to try to diminish your faith in God as well as trying to influence you to disobey the word of God by what you’re going through.

These are trying times for those who have committed themselves to obey God’s Word. Satan is attacking every side he thinks can make you buckle down, but you must keep the faith and know that God is able to deliver you from the hand of the enemy. The God that spoke the world into existence is still on the throne. God’s Word is forever settled in heaven. He is our peace, our provider, and protector, every one of our needs will be supplied. There is no problem we have, that is bigger than the God we serve.

Just as He delivered the three Hebrew boys, He will deliver you, wait on God, allow Him to show Himself strong on your behalf. God can do everything except fail. God will take care of His children, faith moves God and disobedient gives Satan the privilege to rule you. God spoke the world into existence, He made the Red Sea open for the children of Israel to cross over, He speaks to the dead and they live, and He will speak to your situation, trust God, He is able.

back-biting, fault finding, criticize other believers, high minded, thinking themselves more than others, jealousy, and envy. These are weights that causes one to sin and they are just as detrimental as fornication and adultery.

Wherever we go, we should live a life that God can use us to bring glory to Him. No matter what you go through, God is able to bring you out with victory. True Christianity comes with many tribulations; physical, mental, emotionally, relational and financial pain, but in all this,  God has not forgotten or forsaken you. Stand still and see the salvation of the Lord, don’t give up on God, but know that He is able. God takes care of His children and He will never allow you to go through something that will devastate you to the point, to make you sin unless your faith hasn’t been rooted and grounded in Him.

You maybe in a fiery trial, you maybe in a storm, or a place where you can’t see no light, all around you is darkness, but God can shine and will shine through whatever darkness that has you captive. Jesus came to set the captive free, He came that you will have a abundant life. He came so you can be free from bondage. He came to give you victory in every area of your life. This doesn’t mean you will never go through nothing, but you will have the victory over everything that would try to bring you into captivity.  Deliverance doesn’t always come immediately, but it will come, if you wait and allow God to bring you out the way He has planned.

Attending church is good and it’s the Christian thing to do, but to have a relationship with God, you will have to purpose in your heart to spend time with Him in prayer, reading and studying His word, taking the time to sit in His presence and wait on Him to speak to your spirit or through His word. This is what will make you a strong Christian and have faith that God can do everything except fail. When you get to know someone, you place your trust in them. You know what they will do and what they want do, this is the type of relationship God is desiring from everyone that professes to be a Christian.

Every Christian should have a prayer partner, someone they know can get the attention of God. Jesus instructed prayer of agreement (Again I say unto you, that if two of you shall agree on earth as touching any thing that they shall ask, it shall be done for them of my Father which is in heaven – Matthew 18:19). Continue to pray until your prayer has been answered. The Bible doesn’t instruct us to pray once, and stop. Always know that God eyes are on you, beholding your faith in Him, He will never let you down, God is able!

← Prayer Is The Key
Time of Prayer →