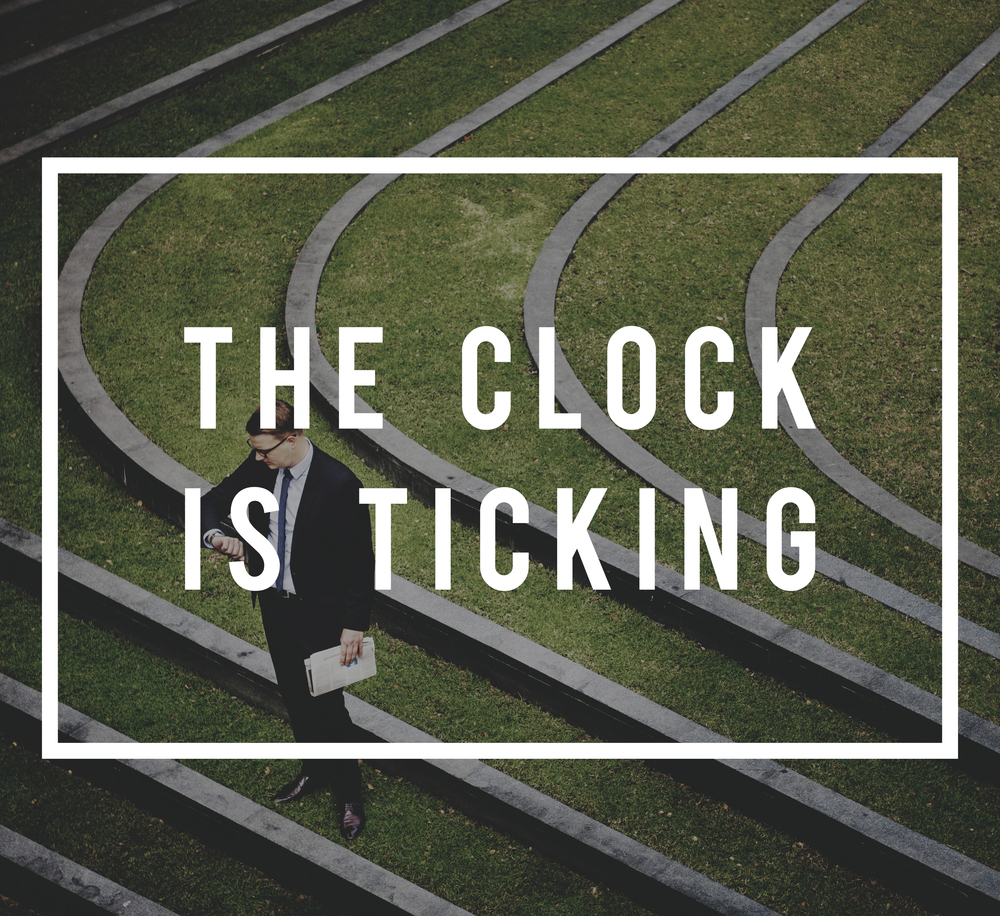 The Clock Is Ticking

Each of us had an appointed time to be born, and we also have an appointed time to die. Each day we live we’re closer to our appointed time to leave this world and go into the next. Where we spend eternity depends on how we live our life in this present world.
Sadly to say many people live their life as though it will never end and they don’t have anyone they have to be accountable to. People will listen and read as long as the person who is speaking or writing does not tell people how they should live or they are hearing or reading about blessings. God holds every believer accountable for how they live their life.  A preacher, evangelist, teacher, prophet or apostle would not be a spokesperson for God if he or she is not reiterating God’s instructions through His written Word to the believer.

The Word of God is not a lot of does and don’t as some would say it is, the Bible is giving instructions for those who want to go to heaven and bypass hell.  Those who have been ordained by God to minister the Word of God must preach or teach what God is saying whether the people like it or not.  Sugar-coated ministering has sent a lot of people to hell when they could have been told the truth of God’s Word.

Throughout the world when a person dies a tragic death or a well-known actor, actress or entertainer dies, you will see a sign that says RIP (rest in peace).  There is no peace if the person didn’t accept salvation and then lived by the instructions of the Bible. A minister can preach their life as though they went to heaven but the person has already met their Maker whether they believed in God or not (And as it is an appointed unto men to die, but after this the judgment – Hebrews 9:27).  No one knows where death is, no one gets a warning.

There is life after death and if it’s hell there will be no picnic (Where their worm dieth not, and the fire is not quenched  – Mark 9:44.  There is no reason for anyone to go to hell except not taking the time to read what God expects of one professing to be a Christian. How is it, we can submit to our employer’s bylaws, the government and other authorities ordinances but can’t submit to the instructions of God? It’s a heart issue and until the heart is cleansed by the blood of Jesus their will always be defiances.

When one really accepts Jesus as Savior, He comes in and cleanses the old desires and craving, the individual becomes a new person inwardly (Therefore if any man be in Christ, he is a new creature (creation): old things are passed away; behold, all things are become new – 2nd Corinthians 5:17).  No one stays the same when they have given their heart to God. As a Christian, there is always consistent improvements, and it’s desirable to change when one loves God and His Son. The believer will allow the Holy Spirit to make the changes that’s needed without hesitation or questioning.

Don’t be bamboozled by the world’s interpretation of a Christian, take time, read and study God’s Word. It’s your instructions before leaving earth. If you really want to understand God’s Word, pray for understanding and He will give you understanding and Revelation of Him and His Word.