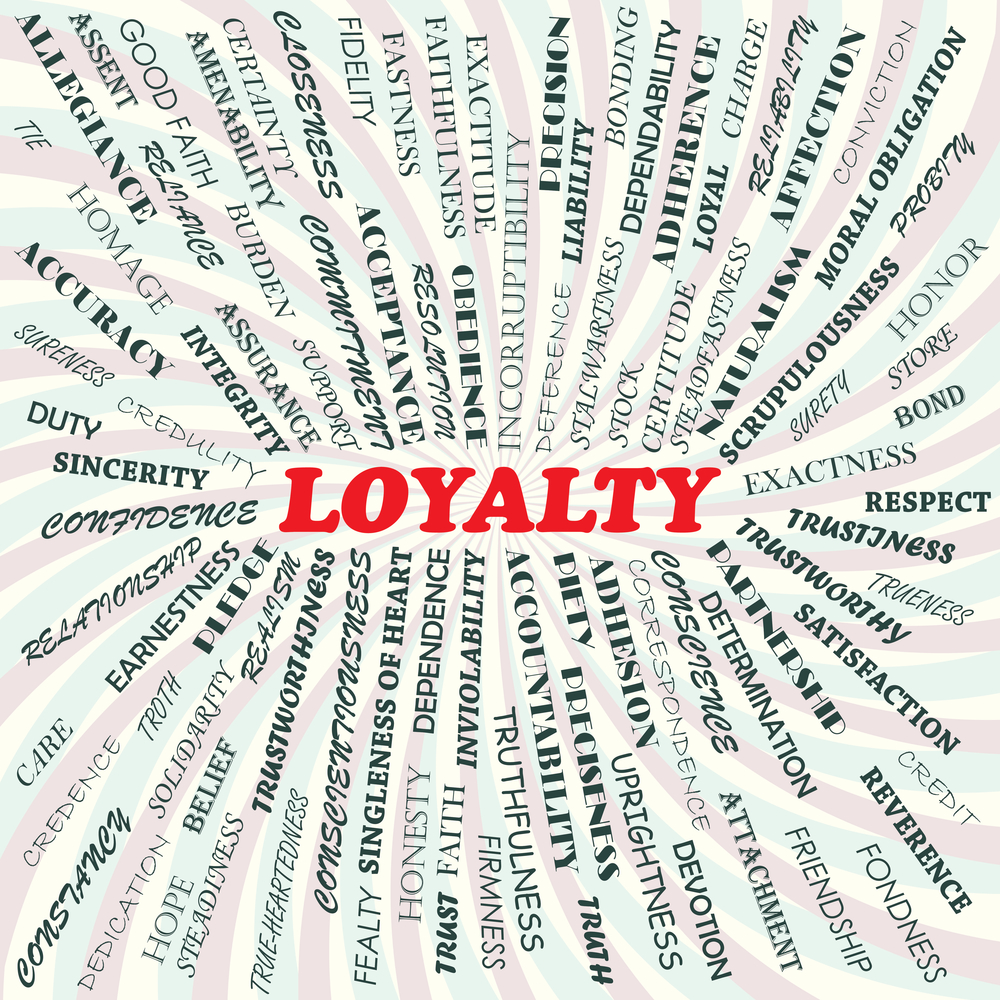 Golden Text:  Abraham said, My son, God will provide himself a lamb for a burnt offering: so they went both of them together.

Abraham, whose original name was Abram prior to him leaving Ur in ancient Sumeria (Mesopotamia) who was called of God to leave his family who was serving pagan gods. Abraham left his family and followed God’s instructions and eventually migrated to Canaan where God promised him that his descendants ultimately would dwell.  Abraham departed as the Lord had spoken; he was seventy-five years old when God first gave him a promise of being a father.  Sarah was round about the age of 91 when she gave birth to Isaac and Abraham was a 100.  Years have passed since Issac’s birth is when God tested Abraham to offer his son as a burnt offering.

Genesis 22:1 – And it came to pass after these things, that God did tempt Abraham, and said unto him, Abraham: and he said, Behold, here  I am.   This is the seventh time that God revealed Himself to Abraham since Abraham came to the land of Canaan.  God was testing Abraham’s obedience, it wasn’t that He was telling Abraham to do something He commanded not to do when He asked him to sacrifice his son, Isaac (And thou shalt not let any of thy seed pass through the fire to Molech, neither shalt thou profane the name of thy God: I am the Lord – Leviticus 18:21), (And I will set my face against that man, and will cut him off from among his people; because he hath given of his seed unto Molech, to defile my sanctuary, and to profane my holy name – Leviticus 20:3), (There shall not be found among you any one that maketh his son or his daughter to pass through the fire, or that useth divination, or an observer of times, or an enchancter, or a witch – Deuteronomy 18:10).  The word “tempt” in this context means test. God gave Abraham a test, not to trip him and watch him fall, but to deepen his capacity to obey and develop his character. Abraham has such good relationship with God that He knew when God was speaking when God first called him, his reply was “Behold, here I am”, in other words here I am what can I do for you, Father!

Genesis 22:2 – And he said, Take now thy son, thine only son Isaac, whom thou lovest, and get thee into the land of Moriah; and offer him there for a burnt offering upon one of the mountains which I will tell thee of. God has never asked for human sacrifice and never would until the sacrifice of the Lord Jesus Christ on the cross. God knew how Abraham felt about Isaac, Isaac had been a miracle baby and he also was the fulfillment of God’s promise that Abraham would be the father of a great nation and bring blessings to all families of the earth.  Abraham and Isaac bring to mind what God, the Father has done for the world,  Isaac was a miracle baby just as our Lord and Savior was; Isaac was Abraham’s only son, just as Jesus was the only Son of God. Abraham was asked to offer his son as a sacrifice, and Jesus was given as a sacrifice.

Genesis 22:3 – And Abraham rose up early in the morning, and saddled his ass, and took two of his young men with him, and Isaac his son, and clave the wood for the burnt offering, and rose up, and went unto the place of which God had told him. Nothing is said of Abraham’s thoughts or the thoughts and actions of Sarah.  Abraham showed his obedient faith by starting on the journey with his son Isaac.  We can’t imagine what was going through his heart and his mind only that he rose up early in the morning preparing for the task ahead.  Abraham began one of the greatest acts of obedience recorded in the Bible other than Jesus’ free will sacrifice Himself for the world.

Genesis 22:4 – Then on the third day Abraham lifted up his eyes, and saw the place afar off.  It took three days for Abraham to get to the place God had designated for the sacrifice.  The Bible does not mention God nor Abraham communicating on these three days. God was silence like a teacher is silence when giving their students a test. Abraham, the student was quiet as a student taking the test.

Genesis 22:6 – And Abraham took the wood of the burnt offering, and laid it upon Isaac his son; and he took the fire in his hand, and a knife; and they went both of them together.  Abraham and Isaac started their journey up the mountain, taking the wood, fire and the knife.  Abraham laid the wood on his son to carry to the place of sacrifice parallel to Jesus’ carrying His cross to the place of sacrifice.

Genesis 22:7 – And Isaac spake unto Abraham his father, and said, My father: and he said, Here am I, my son. And he said, Behold, the fire and the wood; but where is the lamb for a burnt offering?  Isaac saw the items that would be used to perform the sacrifice but he didn’t see the lamb so he asked a question, “where is the lamb for the burnt offering”, not knowing he would be the sacrifice.  Isaac had seen burnt offering, he knew this was the way his father worshiped God, but something was different from all the other offerings, he didn’t see the lamb as he has seen on other occasions of worship.

Genesis 22:8 – And Abraham said, My son, God will provide himself a lamb for a burnt offering: so they went both of them together.  God did not want Isaac to die, but He wanted Abraham to sacrifice Isaac in his heart so it would be clear that Abraham loved God more than he loved his promised and long-awaited son.  Abraham’s reply to his son was showing his unwavering faith in God.  He has already spoken in faith when he told his two servants he and his son were going to worship and he and his son would return. Now he’s using the same faith to his son, knowing that God would provide a lamb for the burnt offering and in his heart, he knew it wouldn’t be his son.

Genesis 22:9 – And they came to the place which God had told him of; and Abraham built an altar there, and laid the wood in order, and bound Isaac his son, and laid him on the altar of the wood.  At this point, Isaac knew that he was the sacrificial burnt offering.  Surely he could have run away from his aged father, but like our Lord and Savior Jesus Christ, he was willing to do his father’s will.  We don’t know what was going through the minds of the father or son, but it appears both were willing to do the Father’s will.  Abraham was preparing the altar for the sacrifice and Issac wasn’t resisting him laying him on the altar for the sacrifice.

Genesis 22:10 – And Abraham stretched forth his hand, and took the knife to slay his son.  Abraham was not wavering in his obedience to the task that was given him. He had his son on the altar and was preparing to slay him. Just as Abraham was submitted to his heavenly Father, Issac was submitted to his father, they both were in unity.  When there is unification, God will show up!

Genesis 22:11 – And the angel of the Lord called unto him out of heaven, and said, Abraham, Abraham: and he said, Here am I.  As Abraham was about to slay his son, the Angel of the Lord interrupted him by calling out his name twice, and Abraham’s reply was “Here am I”, he was still obediently following the Lord by faith.

Genesis 22:12 – And he said, Lay not thine hand upon the lad, neither do thou anything unto him: for now I know that thou fearest God, seeing thou hast not withheld thy son, thine only son from me.  At the last moment, God spoke to Abraham from heaven and instructed him not to harm his son.  God designed this test to prove Abraham’s full devotion to Him, and Abraham actions revealed his heart to his Father.

Genesis 22:13 – And Abraham lifted up his eyes and looked, and behold behind him a ram caught in a thicket by his horns: and Abraham went and took the ram, and offered him up for a burnt offering in the stead of his son.  Notice the parallel between the ram offered on the altar as a substitute for Isaac and Jesus offered on the cross as a substitute for us. This ram was the fulfillment of Isaac’s question in verse 7 and Abraham’s response in verse 8. In Abraham’s gratitude of thanksgiving to God, he named the location where he was to offer his son, Isaac as a sacrifice, but God provided a ram “Jehovah-jireh” which means “the Lord will see or the Lord will provide”.

Genesis 22:14 – And Abraham called the name of the place Jehovah-jireh: as it is said to this day, In the mount of the Lord it shall be seen.  This is the only Scripture where the name “Jehovah-jireh” is used of God.  Long after Abraham’s day, this location was known as the place where God saw the need for His servant Abraham and met that need.  The mountain was a reminder for the Israelites in the years to come that God saw their needs and provided for them.