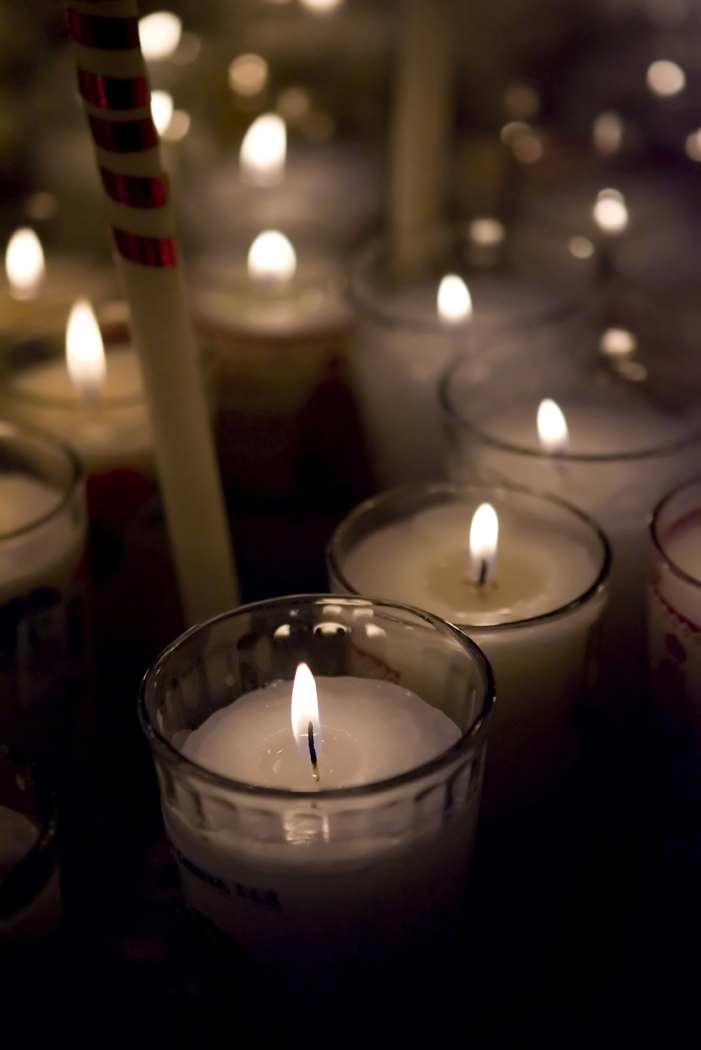 And Nabab and Abihu, the sons of Aaron, took either of them his censer, and put fire therein, and put incense thereon and offered strange fire before the Lord, which he commanded them not – Leviticus 10:1

There have been various interpretations given for the strange fire. It appears following instructions is very important naturally as well as spiritually. Listed here are a few reasons why the sons of Aaron may have died at the altar.Coals that were not taken from the altar as required in Leviticus 16:12 – And he shall take a censer full of burning coals of fire from off the altar before the Lord, and his hands full of sweet incense beaten small, and bring it within the veil: and he shall put the incense upon the fire before the Lord, that the cloud of the incense may cover the mercy-seat that is upon the testimony that he die not.

The priest’s responsibility was to do the sacrificial offering. We are priests of God when we have been born-again of the Spirit of God according to 1st Peter 2:5 – Ye also, as lively stones are built up a spiritual house, a holy priesthood, to offer up spiritual sacrifice, acceptable to God by Jesus Christ. As priests of the highest God, we can’t live anyway and expect our sacrificial praises will be acceptable.

Priests are supposed to commune with God on a daily basis either by communicating with Him in prayer or by reading His communication to us (Bible). The Nazarite priest didn’t drink wine or alcoholic beverages, they didn’t listen to secular music and had entertainment in their homes where the Holy Spirit couldn’t dwell because of the action or speech presented in the home. Jesus was our example of the priesthood of how we as priests of God should live. Sin hasn’t changed before Jesus birth nor after His death, there isn’t a new sin, but it has been multiplied because people would rather disobey the word of God than to submit to it.

1st John 2:15 – Love not the world, neither the things that are in the world. If any man loves the world, the love of the Father is not in him. How can we say, we love God, and we don’t take the time to follow the instructions He has given us? God has given us instructions in how to serve Him, how to treat others, how to succeed naturally and spiritually, how to treat your spouse, how to train our children and how to dress. As Christian women, our dress should be different than that of the world. Our dress should be modest as the Bible has instructed. Our cleavage shouldn’t be showing and our dresses shouldn’t look as though someone poured us in it. We disrespect the house of God by talking, checking our message, texting and passing notes while God is ministering through His minister.  The Bible has instructed us to reverence  His house  ( Ecclesiastes- 5:1 – Keep thy foot when thou goest to the house of God and be more ready to hear than to give the sacrifice of fools: for they consider not that they do evil). We’re late for church, but if we’re going to work, dinner or movie, we will make sure we’re on time. The programs we watch on television, if we knew Jesus was going to give us a visitation, we would be ashamed for Him to see what we’re watching and listening. Too many Christians live by the world standards rather than God’s standards. We can’t live anyway and expect to feel the presence of God or hear his voice when we live opposite of His instructions.

Samson was ordained by God to be a Nazarite from birth. Before Samson’s birth, his parents were instructed by an angel how to raise him.  Samson’s parents followed the instructions. When Samson became a man, the Spirit of the Lord would come upon him at different times. The strength Samson possessed was the power of God upon his life. When Samson began to disobey the commandments of God, God allowed Satan to steal, kill and destroy him.

Samson married a Philistine woman, an enemy of God’s people. At their wedding feast, Samson gave a riddle, if they could answer the riddle, he would give them thirty sheets and thirty change of clothing. If they couldn’t, they would have to give the same to him. His wife was threatened, if she didn’t get the riddle from Samson, they were going to burn her and her father’s house down.  She influenced him to give her the answer to the riddle.  Samson not knowing about the threat became angry and gave the Philistines what he had promised. While he was fulfilling his promise, his wife was given to his friend. He tried to get his wife and was denied by the father. Samson burned the Philistine’s corn; the Philistine’s knew it was Samson, they killed his wife and her father.

When we disobey the Word of God, our love ones suffer because of our disobedience. If Samson had obeyed the instructions of his parents, he never would have married into the family that was an enemy of God. He wouldn’t have suffered, and his parents wouldn’t have lost their son.  If he had been submissive to his parent’s instructions, God would have blessed him with a wife. Giving him, his heart’s desire. God has promised, no good thing would he withhold from them that walk uprightly before Him.

Samson continued to embrace God’s enemy. Samson meets Delilah; she was enticed by the Philistines by eleven hundred pieces of silver by each of them to find out where Samson gets his strength. She found out his strength was in his hair; she delivered him to the Philistine. They took his eyes out and bound him with fetters of brass.

Many times Christians have embraced the enemy of God, and they are bound by anger, fear, lying, sexual sins, covetousness, envy, jealousy, and unforgiveness when they use to be able to resist the devil. They no longer can resist him because the power of God has left them. Samson disobeyed his parent’s instructions, and many of us have disobeyed our spiritual parent’s instructions. Any time a man or woman of God teaches the way of God, they will teach against sin. They will teach how to stay connected with God to defeat the enemy of our souls and when we reject the teaching, we are rejecting God’s instructions, and He will allow the devil to bring us to an open shame.

When Samson begin to call upon the name of the Lord, the Lord heard him and empowered him to defeat his enemies. He will do the same thing with us when we begin to confess our sins, ask for forgiveness and re-dedicate ourselves to God. We can jump and shout, but when the dance, shout, singing and the music has stopped, can we resist the devil? When we offer the sacrifice of praise, God wants it to be a sweet smelling odor in his nostrils. Otherwise, it’s stench when we live opposite of what the Bible has instructed.

Gehazi was the servant of Elisha, Naaman was the captain of the host of the king of Syria, and he had leprosy.  He was informed by his wife’s maid; there was a man of God, a prophet in Samaria that would be able to heal him of leprosy. Naaman was healed of his leprosy, and he offered Elisha gifts, but Elisha declined his gifts. Gehazi followed Naaman and received the gifts the man of God declined. When Gehazi returned, Elisha asked him where he had been, Gehazi lied and said he hadn’t been anywhere, not realizing God had shown Elisha his sins. Leprosy that was on Naaman, the man of God spoke, and it came upon Gehazi.  The sins of Gehazi was the lust of the eye, the lust of the flesh and pride of life.  He liked what he saw; he desired to have what he saw although his mentor declined the offer.

First of all, we may think we’re hiding our sins, but if you have a true man or woman of God as your pastor, they know some of your secret sins, because God will show it to them. Secondly, if you follow the ways of your pastor, you will not accept what he or she has declined, you will mark the perfect man’s ways and will be blessed. Some of the diseases Christians are battling, is because they failed to follow the instructions of their spiritual fathers and mothers.

Saul was a man appointed by the people, and because God loved His people, he gave them his permissive will. He wanted to be their king, but they choose a man over Him. They were instructed by the prophet of God how this king was going to be, but they still wanted a king like the other nations. God gave them their heart’s desire. God desires to be our king, our provider, but rather than allowing God to provide for us; we will bow ourselves to man and let them degrade us.  Rather than believing God to supply our needs, we will take loans from different payday loans stores, and when they finish with us, our finances are worse than they were before we acquired the loan. We fear man more than we do God. We worry about how we look, how we dress, what we drive, what type of house we live in to appeal to man’s expectation of us. Christians are afraid to tell people they’re Christians because they fear what man will think of them. As Christians, we cannot be fearful. We have to realize who we belong to, and there is no fear in Him. We’re in the world, but we’re not of this world, we are citizens of the kingdom of God. Put on your armor and begin to fight the good fight of faith, you can’t lose because God is on your side. Defeat the enemy of your soul by fasting and prayer, applying the word of God against the tricks and schemes of Satan. Fight Satan with the word of God, not fear! 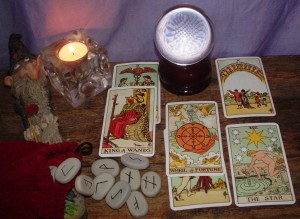 Balaam – Son of Beor, and a prophet. Balaam worshiped God and at the same time knew and practiced the forbidden arts of divination. Some Christians are just like Balaam they worship God, and they also practice ungodliness. Balak king of the Moabites sent messengers to Balaam to come and curse the children of Israel. The Moabites were afraid because of the multitude of the children of Israel.

There is a time each of us will have to stand before God. It doesn’t matter if we believe there is a God or not; it will not take away from God being God. As surely as were born, there will come a time that each of us, will have to meet our Creator. The question is, will He be rejoicing because we were committed to Him, or will He instruct us to depart from Him because we lived a life of iniquity?