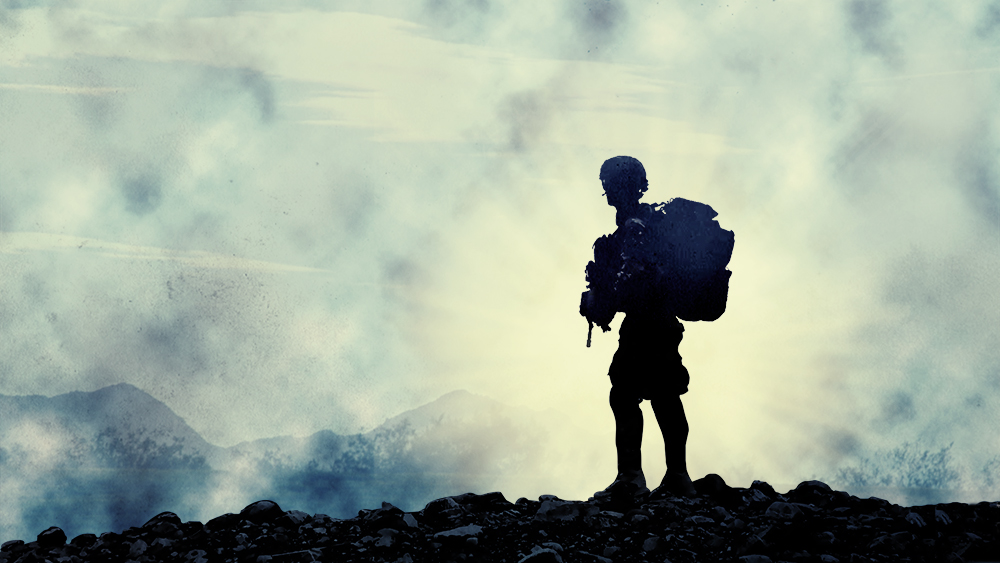 According to the Word of God, many are called, but few are chosen. In the natural military many are called, but few are chosen, if there’s any deficiency in their mentality, handicaps, or any other deficiency although they were called, they will not be chosen because they will not be able to serve the military effectively to combat the enemy. It’s the same thing spiritually, many are called, but don’t have the tenacity to serve with determination to defeat the enemy of their souls and the souls of others. Those that are chosen are willing to go into battle for themselves, family, community, state and country are willing and preparing themselves to fight the enemy which is Satan and his co-host.

The Christian walk is often presented as spiritual warfare. Effectively service calls for singleness of purpose and of unity. As a soldier of Jesus Christ, we can’t be part of the world’s thinking and behavior. We must be spiritually sober and vigilant, meaning to be self-disciplined, to think rationally and not foolishly. Be vigilant means to be alert to the spiritual pitfalls of life and take appropriate steps to make certain that we do not stumble. Satan is our avowed enemy, he never ceases from being hostile towards us, he is constantly accusing us before God. Satan is both cunning and cruel, he attacks when least expected and desires to destroy completely those whom he attack.

When a soldier is on duty, he or she is alert, they look for the enemy, they are aware of the tactics of the enemy. Sometimes rather than waiting for the enemy to come to them, the soldier goes into the enemy’s camp and destroy the adversary. We are soldiers of Jesus Christ, and we must do likewise. We must fast and pray to be sensitive to the Spirit of God and His leading us to where the enemy has laid dormant in our souls. We must know where to attack with prayer and fasting to lose what is captive in our spirit, souls, mind, body as well as our family.

We can’t fight Satan nor his co-hosts when we’re disobedient to the Word of God, we must be submissive as well as knowing the Word of God. We can’t fight Satan physically, we fight him with the Word of God, and the authority Jesus has given the believer through their obedience (Behold, I give unto you power to tread on serpents and scorpions, and over all the power of the enemy: and nothing shall by any means hurt you – Luke 10:19). This authority wasn’t just given to Jesus’ immediate disciples, but to the disciples that are followers of Jesus as the early church disciples were. The same spirits they were warfaring against are the same spirits we’re warfaring against today, spirits don’t die neither do they retreat (For we wrestle not against flesh and blood, but against principalities, against powers, against the rulers of the darkness of this world, against spiritual wickedness in high places – Ephesians 6:12).

The only way these powers can be defeated is through prayer, fasting, knowing our authority in Jesus and using the Word of God to fight. When Satan came against Jesus, Jesus used the Word of God (And said unto Him, All these things will I give thee, if thou wilt fall down and worship me. Then saith Jesus unto Him, Get thee hence, Satan, for it is written, Thou shalt worship the Lord thy God, and Him only shalt thou serve. Then the devil leaveth Him and, behold, angels came and ministered to Him – Matthew 4:9-11).

Serving Satan doesn’t mean, one physically kneels and bow to him, but when we disobey the Word of God, we’re serving Satan. Either we’re going to submit to the Word of God or we will disobey the Word of God. We can’t serve Him by submitting to different scriptures, but we must serve Him completely to every written instructions for the believer. Then will we be soldiers, servants, kings and priest to take authority over the enemy of our souls through the Spirit of the living God and His Word (Ye also, as lively stones, are built up, a spiritual house, a holy priesthood, to offer up spiritual sacrifices, acceptable to God by Jesus Christ – 1st Peter 2:5).