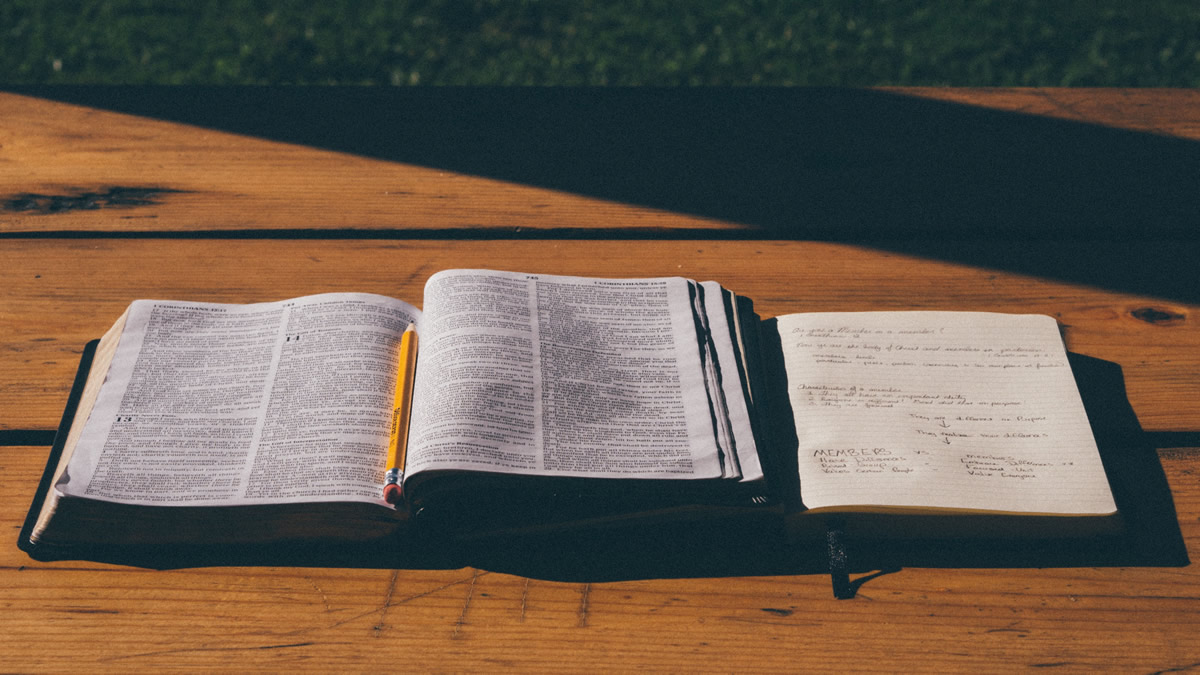 To follow along, visit your local Christian bookstore, and ask for the Bible Exploratory Study Book

Golden Text: “Seeing then that we have a great high priest, that is passed into the heavens, Jesus the Son of God, let us hold fast our profession” Hebrews 4:14

Hebrews 4:14 – Seeing then that we have a great high priest, that is passed into the heavens, Jesus the Son of God, let us hold fast our profession. The book of Hebrews was written to the first century believers who came out of Judaism. These believers faced persecution and perhaps wanted to return to their old beliefs, who offered a visible high priest who in some way be of help to them. The believers are being admonishing not to go back to their religion, but they already had their Great High Priest, Jesus the Son of God. The fact that Jesus is a Great High Priest sets Him apart as superior to all other priest. Jesus has passed through the heavens, the Levitical high priest passed beyond the veil in the temple once a year to make atonement, but Jesus passed into the heaven and into God’s presence when His work was completed. Jesus as the Great High Priest was both human and divine. His humanity is essential to His identification with those He is representing, and His deity is essential for Him to exercise His power and impart His righteousness for our forgiveness. Jesus executed one part of His priesthood on earth, in dying for our sins, the other He’s executing in heaven by pleading the cause of His people. “Jesus” is the personal name of our Savior, the name that was given to Him at birth. Throughout His earthly life, He was known by His name which emphasized His humanity. The author is admonishing the believer to hold on to their faith, not to be discouraged, but encouraged knowing that Jesus is making intercession on their behalf as High Priest.

Hebrews 4:15 – For we have not a high priest which cannot be touched with the feelings of our infirmities; but was in all points tempted like as as we are, yet without sin. The author is informing the believer to believe although Jesus, our High Priest is in heaven. He sympathize with our weakness. He knows what we we’re facing, He’s aware of the temptations. While on earth, He too was tempted, but didn’t sin and because He’s aware of temptation, He knows how to deliver the godly out of temptation (There hath no temptation taken you but such as is common to man; but God is faithful, who will not suffer you to be tempted above that ye are able; but will with the temptation also make a way to escape, that ye may be able to bear it – 1st Corinthians 10:13). The author is admonishing the believer not to waver in their faith, to continue to place their faith in Jesus as they once had. Jesus wasn’t like other priest, He had no sin, although He had been tempted, He was sinless, whereas the earthly high priest was born in sin and they committed sin. Jesus didn’t have to offer a sacrifice like the earthly priest did for themselves, because He was sinless. Jesus was fully man, just as the other high priest when He was on earth. He faced temptations, hardship and sorrow. He felt what they felt and what they went through just as He’s aware of our temptations, fears and sorrows, but because He’s our High Priest, He will give us the strength we need to endure without sinning.

Hebrews 4:16 – Let us therefore come boldly unto the throne of grace, that we may obtain mercy, and find grace to help in time of need. Because Jesus is our High Priest, He knows our needs, He invites us to come boldly to the throne that we may obtain mercy and find grace in our time of need. A high priest must be a person called by God. A priest represents the people, and must identify with their human nature, but also represents God to the people and they must be called by God to his office. Boldly refers to confidence, Scriptures admonishes us to place our trust, faith and confidence in God (But let him ask in faith, nothing wavering. For he that wavereth is like a wave of the sea driven with he wind and tossed. For let not that man think that he shall receive anything of the Lord – James 1:6-7). Scripture, states without faith we can’t please God (But without faith it is impossible to please Him: for he that cometh to God must believe that He is, and that He is a rewarder of them that diligently seek Him – Hebrews 11:6).  “Come” speaks of concisely of moving into close proximity. Jesus Christ priestly works opens the way to God’s presence. “God’s presence” is called the throne of grace” it speaks of His sovereignty and His freedom to dispense His favor. He is always ready to dispense whatever help we have need of.

Hebrews 5:1 – For every high priest taken from among men is ordained for men in things pertaining to God, that he may offer both gifts and sacrifice for sins. Aaron and his sons had to make atonement for themselves before they could do it for the people, and every priest on the annual Day of Atonement had to accomplish this task. The high priest was taken from among men, they were chosen from their counter part. Only a human being could represent other humans. The priest had to be compassionate, and gentle in nature, especially towards those who had sinned ignorantly or had strayed away from God. Earthly priest own experience of sinning would aide them to have compassion. Jesus made the qualification of being the Great High Priest, He had no sin, neither in His nature did He had sin. Jesus didn’t have to offer sacrifice for sin, but He was the ultimate sacrifice for the sins of His people.

Hebrews 5:2 – Who can have compassion on the ignorant, and on them that are out of the way; for that he himself is compassed with infirmity. The high priest had to steer a middle course in dealing with human weakness, being neither too lenient nor too harsh. They could do this because they saw the same weakness in themselves. The Old Testament Law made provisions of atoning sacrifices for sin committed in ignorance and waywardness, but made no provision for the defiant sinner. The compassionate high priest would be able to discern and emphasize with the repentant being aware when he sinned. Jesus had no sin, His own blood made the atonement of the sins of others. Jesus, like His Father, is compassionate, long-suffering towards ignorance and defiant, through His love He draws us with loving-kindness and we should draw others likewise.

Hebrews 5:4 – And no man taketh this honour unto himself, but he that is called of God, as was Aaron. Being High Priest was an honor and a calling from God, not a personal choice. No one could give themselves titles as some do today, the position was ordained by God for a particular person, and God gave the person the qualifications.

Hebrews 5:5 – So also Christ glorified not Himself to be made an high priest; but He that said unto Him, Thou art my Son, to day have I begotten thee. God gave Jesus the position of High Priest, and Jesus had the qualifications, He didn’t assume the position upon Himself. Although Jesus, was God, He honored His Father and submitted to His will and plans.

Hebrews 5:7 – Who in the days of His flesh, when He had offered up prayers and supplications with strong crying and tears unto Him that was able to save Him from death, and was heard in that He feared. During Jesus’ earthly mission, He was both man and divine. When it was time for His sacrifice, His humanity appeared through His emotion, He cried to God in the Garden Gethsemane (And being in an agony, He prayed more earnestly: and His sweat was as it were great drops of blood falling down to the ground – Luke 22:44). Jesus felt what we feel, fear griped Him, but when He moved from out of the humanity realm into the spirit realm, His focus was on the will of the Father.

Hebrews 5:8 – Though He were a Son, yet learned He obedience by the things which He suffered. He learned obedience through the things He suffered, Jesus experienced all of what a person goes through on earth. He knows how difficult it is to obey God completely, this scripture doesn’t mean Jesus had sinned or was disobedient to the Father. Jesus understood the attractions of temptation, yet He persisted in obedience, leading a sinless life.

Hebrews 5:9 – And being made perfect, He became the author of eternal salvation unto all them that obey Him. The phrase doesn’t mean or suggest that Jesus had not been perfect before. It means that He successfully carried out God’s plan for Him. He endured the suffering and temptation, rejection so that He could truly function as our High Priest understanding our weakness and interceding before God on our behalf. Jesus is the author, one who creates, He created salvation, and through Him, we have eternal salvation to them that obey Him.

Hebrews 5:10 – Called of God an high priest after the order of Melchisedec. Called means “designated” and introduces Jesus’ formal title “High Priest”. God the Father, formally proclaimed His Son to have a unique high priesthood.