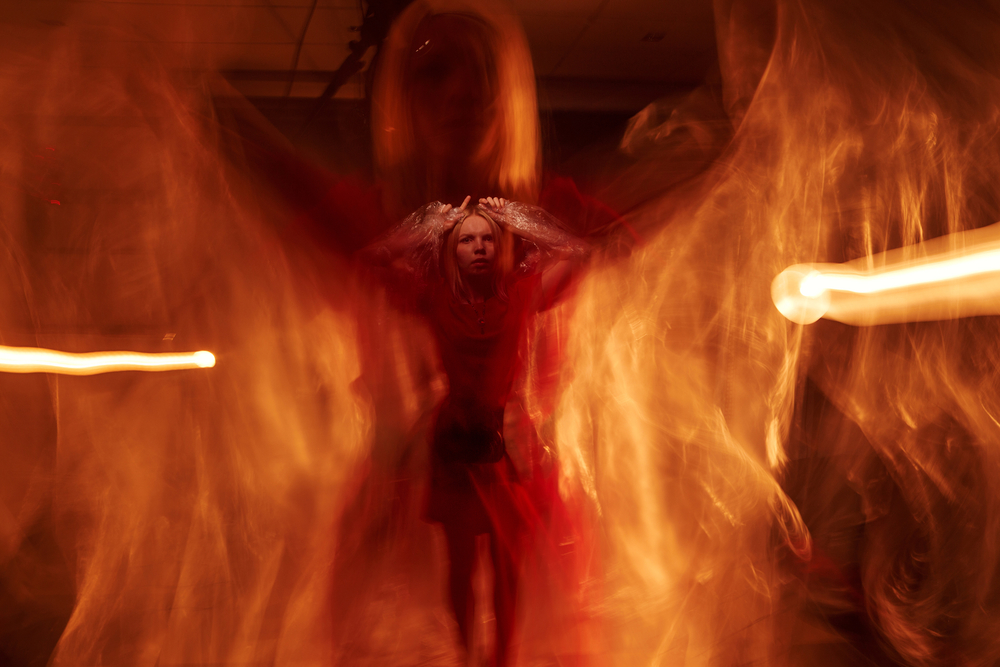 And in hell he lift up his eyes, being in torment, and seeth Abraham afar off, and Lazarus in his bosom – Luke 16:23.

In the original language of the Bible, Hell was described as Sheol, Hades, Gehenna and Tartarus; it is a place where Jesus will not be accessible. A place where the spirit does not die, a place where there will be continued torment for the wicked.  Hell is for those that would not receive the invitation of Salvation through Jesus Christ, the Son of God.Hell has been described by those who supposedly been there as a place so dark you can feel the darkness. The Bible gives the description of a place of torment and the worm never dies. The reality is when we die our physical being is dead but our spirit continues to live and it doesn’t die. The spirit is aware of what’s happening.

Preachers are preaching God loves you but they aren’t teaching God loves you but He also expect you to live according to His written Word (Blessed is he that readeth, and they that hear the word of this prophecy, and keep those things which are written therein: for the time is at hand – Revelation 1:3). John was a witness, he saw the revelation and wrote what he saw. The blessings of verse 3 have a threefold condition: read the book, understand it, and obey it. The children of Israel was always instructed not to serve other gods, many of God’s people are like Israel, they serve God but they hold on to their little gods. They have not built a statue and is bowing to it but an example of their god is they will place money before God, education before God, themselves before God, anything we love more and give our attention to more than God has become our god (He that loveth father or mother more than me is not worthy of me: and he that loveth son or daughter more than me is not worthy of me – Matthew 10:37). Jesus was not saying to hate out family, but if we love them more than we do God, they have become our god and that goes for anything else that we love more and give our time and attention to more than God.

If we take self-inventory, how much time do we really take the time to pray or study the Word of God? Do we take the time to attend Sunday School or Bible Study so we can learn God’s instructions for the believer? God does not want us praying 24 hours of a day, He’s very much aware we have other obligations living in this world, but we should never get so busy we don’t take the time to communicate with Him to listen to Him talking to us through the written Word of God. The statement once saved, always save is not scriptural, if so why does the Bible indicates what we heard from the beginning remain in us then shall we continue in the Son and the Father (Let that, therefore, abide in you, which ye have heard from the beginning. If that which ye have heard from the beginning shall remain in you, ye also shall continue in the Son, and in the Father – 1st John 2:24)? The message they heard from the beginning was that Jesus is the Christ, the Son of God, who had come in the flesh. If one resist the lies of the spirit of anti-christ they shall continue to abide in the fellowship of the Father and Son. In order to have fellowship with the Father and Son, we must submit ourselves completely to Him, this is not saying we will not commit sin, but we don’t practice sin. Sin is whatever the Bible has instructed us not to do, and how can we submit to the instructions if we don’t know the instructions?

There will come a time everyone will have to stand before God and be accountable even if they don’t believe in God (And I saw the dead, small and great, stand before God: and the books were opened: and another book was opened, which is the book of life: and the dead were judged out of those things which were written in the books, according to their works – Revelations 20:12).  The dead is from all ages,  at the judgment, the books are opened, they represent God’s judgment, and in them are recorded the deeds of everyone, good or evil. We are not saved by works but works are seen as clear evidence of a person’s actual relationship with God. Those who is not found in the book of life will be cast into the lake of fire (And whosoever was not found written in the book of life was cast into the lake of fire – Revelation 20:15). An eternal separation is now made between those who have life and those who have death. Our finite mind can’t imagine the horror of not having the presence of God, it’s the Holy Spirit that is keeping back the raw evil that is coming once the believer has been caught up with Jesus which is known as the Tribulation period. No one knows when Jesus will appear but when He does appear those that have rejected His salvation will be left on earth to enter into the Tribulation Period, after that eternal separation from God if they don’t repent of their sins and there will be some that don’t repent.  They don’t realize they will be in torment forever! The Father and Son love everyone, but in order to have entrance into the kingdom of God, everyone must submit to the written Word of God.

Hell is real, and those who reject salvation through Jesus is bound for hell; there is no other name one can be saved but by the name of Jesus (Neither is there salvation in any other: for there is none other name under heaven given among men, whereby we must be saved – Acts 4:12). Those whose professing to be Christians but are living opposite of the Word of God will also be in that number who will be entering hell if they don’t repent and live according to the Word of God. We don’t have an option; either we’re going to live according to the Word of God or be fooled by false teaching and go to hell. It will either be heaven or hell.