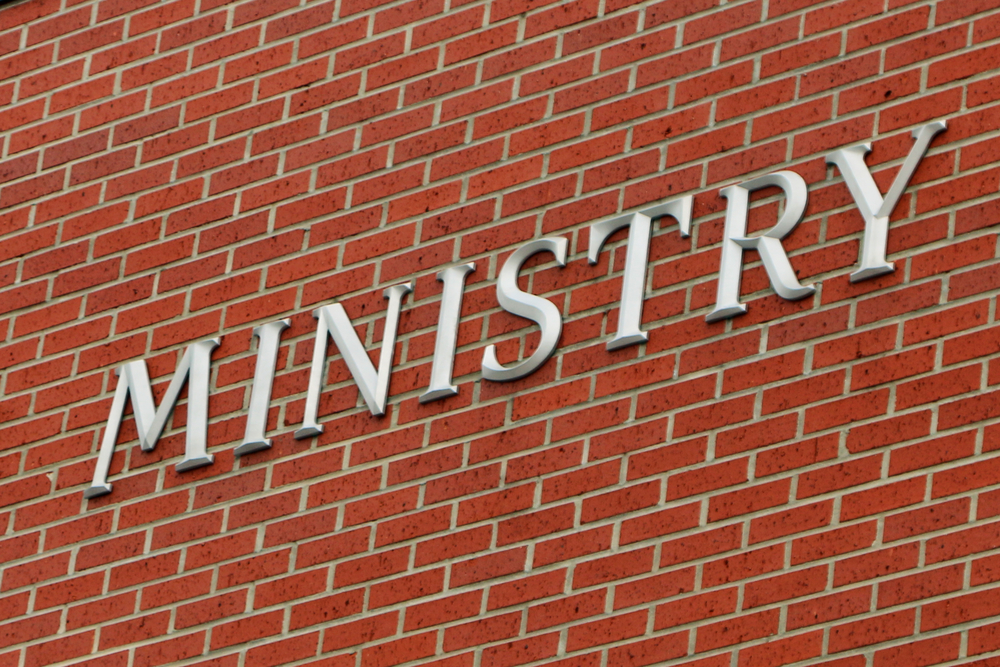 He that descended is the same also that ascended up far above all heavens, that he might fill (fulfill) all things. And gave some apostles and some prophets, and some evangelist, and some pastors and teachers. For the perfecting of the saints for the work of the ministry for the edifying of the body of Christ – Ephesians 4:10-11.

Before the death of Jesus Christ, both the lost and the saved went to Hades although it was divided into the place of torment and the paradise of God, also called Abraham’s bosom. One of the accomplishments of the Resurrection was to lead “captivity captive,” that is, to remove Old Testament saints from Abraham’s bosom and lead them to heaven.It’s amazing how Christians can take certain Scriptures and pick and choose what they want to believe or what they will adhere to. The Bible was written for the Christian to get knowledge of the Father and Son as well as what is expected out of them as Christians and what they should expect from the Father and what Jesus has done for the believer; neither can be accomplished if the professing Christian doesn’t read and study the Bible. Some denominations will accept the position of the pastor but they forsake all the other gifts as though they don’t exist or it was just for the disciples of Jesus.

Both the ministry office and gifts of the Spirit was not just for the disciples of Jesus but for every believer that has accepted Jesus as their Savior and Lord.  This is why the Christian has been admonished to read and study the Bible so that they can rightly divide the Word of God (Study to show thyself approved unto God, a workman that needed not be ashamed, rightly dividing the word of truth -Ephesians 2:15).  To study means to give diligence and be zealous and it involves a total effort of mind, emotions, and will. Dividing the Word means to interpret the Word of God, and that’s done only by the Holy Spirit that gives us revelation when we read and study the Bible.

The ministry office was given to those that have been chosen to interpret the Word of God to the lay-person for edification, exhortation, and correction. The lay-person is also held accountable for taking the time to read and study the Bible to get knowledge for themselves as well as being able to interpret the Bible to the unbeliever that is seeking the truth as well as having knowledge when they themselves hear someone misinterpret the Bible.  The reason why many have been led into false doctrines and cults is that, for one, they weren’t prayerful, secondly, they didn’t read and study the Word of God and ask God for revelation.

The five fold ministry is essential in a successful ministry, successful in spiritual growth and not numbers. A number of members that are in a church does not mean it’s successful. One can have a church that has thousands of members but thousands of them living hypocritical lifestyle doesn’t make the church successful.  If one has ten members and all ten was heaven bound they would be more successful than the ministry that has ten thousand.  God is not concerned about how many members are attending a church, His concern is how many will be making it to heaven.

Each office is to strengthen and encourage the believer’s faith through the Word of God and the gifts that are administered by that office. Gifts are given with each ministerial office and should be in operation. One doesn’t have to be a minister to receive the Gifts of the Spirit they are administered to every believer. Just because one has a gift doesn’t mean they have been ordained by God to a ministerial office. Each Christian should know if they have been given a ministerial office and they should know what Spiritual gift God has given them. This comes by spending time with God in prayer and reading and studying the Word of God; reading different spiritual books that give instructions on how the offices and gifts operate.

Ministerial and spiritual gifts need to be in operation in the church if the church is going to be successful. The five fold ministry, as well as the gifts of the Spirit, should be in manifestation in every church body. God did not give ministerial gifts and spiritual gifts to denominations, He gave them to the Body of Christ which in Biblical terms is the believers. So many times Christians believers go by their denomination rather than what the Bible instructs for the Christian believer. If you read or study the Bible, the Bible doesn’t speak about denominations but the one who professes Christ. If we’re professing Christ, then we too, must submit ourselves to the written Word of God. Jesus didn’t come to do His will, but the will of the Father, we too must be willing to do the will of the Father.

God has ordained some to be ministers and others to be a lay-person, whatever God has chosen us to be, we must be willing to submit to the call and allowing God’s will and plan to unfold in our life. Both ministers and lay-persons are to be an example to other believers, especially the new convert and the unbeliever. Ministers shouldn’t put themselves above the lay-persons, they are to be honored, but they aren’t any better or loved more than the lay-person. Ministers should be approachable and the Fruit of the Spirit should be manifesting in their life.  Ministers should be someone people can trust and not use their title as a cloak to get their own selfish desires.  Ministers are representatives of God, they should treat the people with respect, love, and humbleness of heart and spirit.

When Jesus ascended, He gave gifts to the body of Christ; apostle, pastor, teacher, evangelist, and the prophet. Each office function differently, but a minister may be gifted with more than one office. The pastor, who shepherds today’s churches fulfills the New Testament role of elder and bishop their role is responsible to God for the spiritual welfare of the church. He or she should not be concerned about the number of members but their main concern should be are they affecting the people spiritually, are they giving the people a thirst and hunger to know about God to serve Him according to His standards. Many can be led to salvation but few choose to be led by allowing Jesus to be their Lord indicating they have submitted themselves completely to God, spirit, soul, and body. That’s when it becomes the pastors’ responsibility to pray the person through until he or she has a regeneration in their spirit where they become new creatures (Therefore if any man be in Christ, he is a new creature [creation], old things are passed away, behold, all things are become new – 2nd Corinthians 5:17).  It’s the pastor or elder’s responsibility to know whether or not the individual has received salvation or was it just an emotional thing at the time when they came to the altar. A pastor or elder, the bishop should not be satisfied until they see or hear a change in the individuals they are pastoring. Now, the person that is excepting salvation has a responsibility as well, he or she must also have a consistent prayer life.  In order to grow, they should attend Sunday School, Bible Study, not just Sunday worshiper. As well as attending prayer. Whatever is been held at their church for spiritual growth, they should be attending.

The Apostle establishes churches, and assign pastors and elders for leadership. It’s the Apostle’s responsibility to make sure those that he or she has assigned is conducting the church according to the Bible principals. One that has been ordained by God will have the anointing upon their life, and there will be signs that he or she has been ordained by God. They walk in the authority, and the authority is demonstrated by the power of the Holy Spirit.

The Evangelist and Teachers are assigned not to just minister to those in the church, to those already in the body of Christ, but they are assigned to win souls for the kingdom of God, reaching the non-believer, preaching and teaching the Word of Truth. There is an urgency in their spirit to reach the lost and equip them spiritually. When we look at the illustration of an Evangelist in the Bible, they worked outside of the church to reach the lost. At any given moment the Evangelist or Teacher will begin to speak of the Word of God at any opportunity they get to give the message of salvation and the interpretation of Scripture correctly.

The Prophet, preaches, teaches, and prophesize. He or she hears directly from God and gives the messages God gives them. A true prophet is not asking for dollar lines to give the prophecy, a true prophecy is building people spiritually, they aren’t prophesying about houses, cars, spouses and other materialistic things. Their message is to destroy the works of Satan, they build spiritually where one has been torn spiritually, they establish and destroy things in the spirit realm. They perform miracles and signs by the Spirit of God. They aren’t prophesizing lying, seeing one living a hypocritical life but yet says God’s going to bless them. God always warns His people through the prophet or other ministers but basically the prophet.

Each office has been ordained by God and there should be signs of their ordination of God. The Fruit of the Spirit as well as the Gifts of the Spirit should be in operation. These men and women should be holy, meaning they have set themselves apart from the things of the world to be used by God and Him only.  Each office should be concerned about the spirituality of every soul. When they minister it should be effective, things and lives should be changed. Every church should have the five-fold ministry operating in their church. The offices were established by Jesus for the perfecting of the saints, not denominations. When these offices are in operation in the church among the saints this is when the church will see and experience the move of the Holy Spirit.

When the Holy Spirit is in manifestation, the body of Christ will receive more than just an emotional experience, but bodies will be healed. People will come to the altar and receive salvation and be filled with the Holy Spirit. Miracles will be in the midst of the congregation, broken hearts mended, the back-slidder rededicating themselves, confused genders will receive and accept the Truth of God’s Word. The fornicator will stop fornicating, the adultery and adulteress will go to their spouse. The camp will become holy because the ministers are in their right position; physically and spiritually and they are praying for the congregants and ministering to them. The five-fold ministry is to make the body of Christ strong by teaching, preaching, and being an example. They are the pillars that hold the body together, the office is not just a title, but MINISTRY!