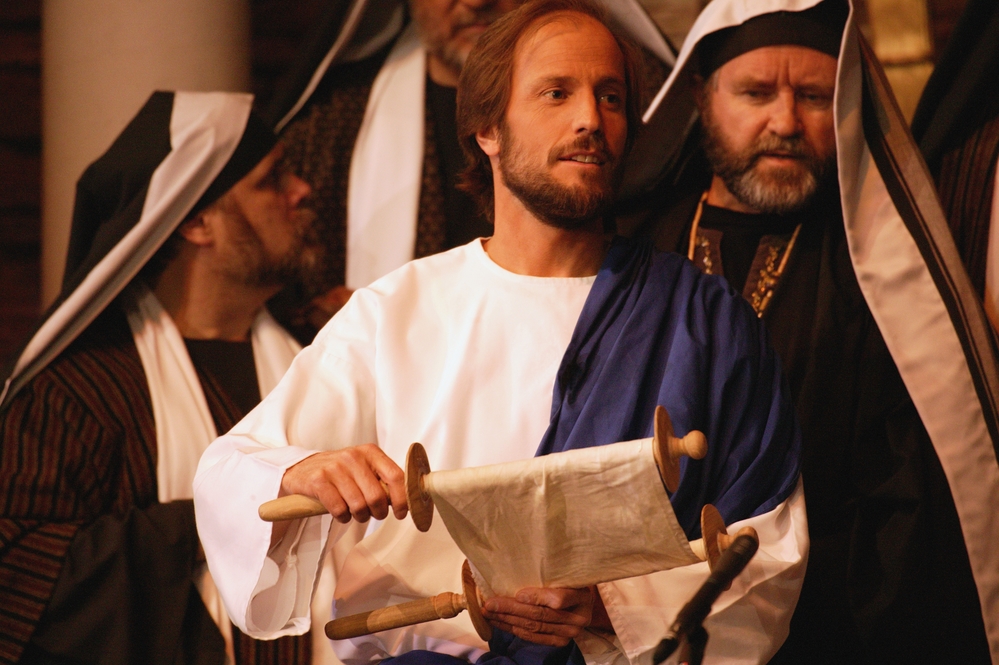 In order to get acquainted with someone, you must spend time with them. Conversing with them will give you knowledge of what are their likes and dislikes. What they expect from you as being in a relationship with them. God has given us His written Word to learn of Him and His Son, He makes mention of what He likes and what He dislikes. He gives instructions of what He expects from us if we’re going to have a relationship with Him that is founded in His written Word, the Bible.John 11:45 – Then many of the Jews which came to Mary, and had seen the things which Jesus did, believed on him.  Many of the Jews that accompanied Mary saw the miracle Jesus performed and they begin to believe in Him. The Pharisees had tried to kill Jesus on several occasions always by the Orthodox Jewish method of stoning. The Sadducees were willing to accomplish it through their political union with the Roman power.  The Sadduccess were agitated by Lazarus’s resurrection since they didn’t believe in the resurrection but they were given the opportunity to see Jesus perform a miracle by resurrecting the dead after four days, a miracle they couldn’t deny.

John 11:46 – But some of them went their way to the Pharisees and told them what things Jesus had done. Although many saw the miracle Jesus performed they denied the miracle and went to tell the Pharisees what they saw. The informers knew the Pharisees were against Jesus claiming to be the Son of God and was ready to stone Him at any given moment. They went to the Pharisees not to persuade them to believe Jesus, but to agitate them the more to persecute Him. Even when confronted point-blank with the power of Jesus’ deity some refused to believe. Not only did they rejected Him they plotted His murder.

John 11:47 – Then gathered the chief priests and the Pharisees a council, and said, What do we? for this man doeth many miracles. The judges, the blind leaders of the people were no less exasperated by the report made to them. This report was only going to ignite their jealousy, envy, and hatred to get rid of Him. They knew the people had experience seeing a miracle, now they needed to know what to do with Jesus.  This council was called not only for joint advice but for mutual irritation; that so they might exasperate and inflame one another with enmity and rage against Jesus.  Anytime there are two or more groups irritated with something or someone their coming together isn’t for the good but for destruction.

John 11:48 – If we let him thus alone all men who believe on him, and the Romans shall come and take away both our place and nation. The Jewish leaders wanted to act as though if they didn’t stop or silence Jesus the Romans would discipline them. Rome gave partial freedom to the Jews as long as they were quiet and obedient.  Jesus’ miracles often caused a disturbance. The leaders feared that Rome’s displeasure would bring additional hardship to their nation as well as moving them from their position of authority. It wasn’t so much of their nation but their authority; Jesus taught men to give tribute to Caesar, they weren’t telling the people the truth about them being in danger of the Roman’s, but because they were in authority the people would listen and believe.

John 11:50 – Nor consider that it is expedient for us that one man should die for the people, and that the whole nation perish not. In the opinion of Caiaphas who was the high priest thought Jesus should die rather than plunge the nation into destruction that was his thought to the people to make them fear and come into agreement with him. Usually, people that are non-believers will use fear tactics to bring people or nations against one another or to carry out an action so that they will not feel guilty.

John 11:51 – And this spake he not of himself but being high priest that year, he prophesied that Jesus should die for that nation. Caiaphas prophesied the death of Jesus for the nation, Caiaphas was used by God to explain Jesus’ death even though Caiaphas didn’t realize what he was doing. Being the high priest, God was pleased to put this significant word into his mouth rather than into the mouth of any other, that it might be more observed or the non-observance of it the more aggravated.

John 11:52 – And not for that nation only, but that also he should gather together in one the children of God that were scattered abroad. Listening to Caiaphas words anyone who knew the Word of God would have known this high priest wasn’t speaking these words himself but the power of God using him as a vessel to bring forth the prophecy.  This prophecy wasn’t just for the Jews but for everyone in every nation that believed in the Son of God. False doctrine has it, that God only uses the saved, but God will use anyone that will be useable to get His message across to His people. Caiaphas wasn’t saved, he didn’t believe in the Son of God neither did he have a relationship with God, but God gave him the prophecy to speak.

John 11:53 – Then from that day forth they took counsel together for to put him to death. The result of this debate was from that day they took counsel together they understood each other motive and mind that Jesus must die.  Before they had thought severally now they jointly concurred in strengthen one another in this wickedness.  Evil men confirm and encourage themselves and one another in evil practices by comparing notes; then the wickedness which before seemed impracticable appears not only possible but easy to be affected.  Although they were spiritual leaders none of them knew who the Son of God was neither did they sensed that they were plotting against God’s Son.

John 11:54 – Jesus, therefore, walked no more openly among the Jews but went thence unto a country near to the wilderness into a city called Ephraim, and there continued with his disciples. Jesus withdrew from the public life for awhile, He met with His disciples privately. Wilderness usually prefers to the desert of Judea which extended to Jericho.  Jesus didn’t withdraw Himself because He was afraid, He withdrew Himself because He didn’t want them to try to interfere with the timing His Father had given for Him to depart from this world.

John 11:55 – And the Jews’ Passover was nigh at hand: and many went out of the country up to Jerusalem before the Passover to purify themselves. Many of these Jews had planned and plotted to kill Jesus now their own their way to Jerusalem for the Passover to purify themselves through their law and not the law of God. Purification only comes through the heart, it’s not by ceremonial cleansing. Their thoughts and actions were evil and only God could go into their inner-most being and change the heart. The very person who came to give them a life they were trying to kill.

John 11:56 – Then sought they for Jesus, and spake among themselves as they stood in the temple. What think ye, that he will not come to the feast? As they stood in the temple they ask among themselves whether or not Jesus would come. They knew He was a righteous man and that He would keep the ceremonial purification according to the Jewish laws. Jesus didn’t come to destroy the law but to fulfill it. Not once did He go against any of their laws even though He was the Son of God.

John 11:57 – Now both the chief priests and the Pharisees had given a commandment that if any man knew where he were, he should show it that they might take him. The apprehending of Him was very strict, the great sanhedrim issued a proclamation, strictly charging and requiring that if any person knew where He was they should inform them.  They were willing to involve others in their guilt; wicked rulers usually make those that are under them instruments of their unrighteousness either voluntarily or non-voluntarily. Everyone should know who they are placing in authority over them as well as the nation (Righteousness exalteth a nation: but sin is a reproach to any people – Proverbs 14:34).  Even when the wicked are in authority its only for a limited time to bring God’s people back to Him. He will allow the wicked to rule and cause havoc until His people begin to see their wickedness and how they have disobeyed the Word of God.  Although it seems as though the Jewish leaders were in authority, God had the last Word and what He had spoken in eternity was going to be accomplished in the time and date it was to be performed.

← Fruit of the Spirit
Sin In The Pulpit →