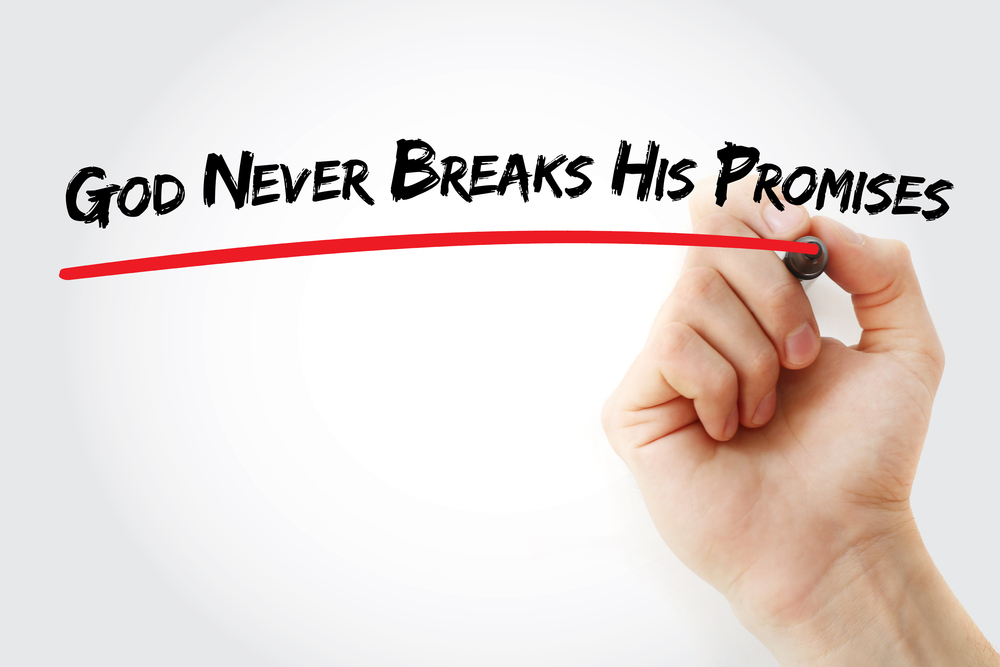 He that dwelleth in the secret place of the Most High shall abide in the shadow of the Almighty – Psalm 91:1.

The person who trusts in God is the one who lives close to Him. The title Most High emphasizes God’s Majesty and is parallel to the term Almighty. One who has a continuous relationship with Him through prayer, praise, and worship is one that will trust God’s promises no matter what they may be going through because they know God has their best interest at heart.

God has never promised the believer he or she will not have troublesome times, but He did promise He would deliver and provide for His people. The three Hebrew boys could have given up on God when they were placed in the fiery furnace, but rather than not believing they knew God had a way of escape and if not they were going to place their trust in Him that He had a better place for them.

Life brings trouble, Satan brings circumstance, and we bring unnecessary distresses in our lives, but whether it be life, Satan or us, God is faithful to deliver His people. There is nothing too small or too big for God to handle. The three Hebrew boys placed their trust in God; they were forced to go into a fiery furnace because they would not worship the golden image. Rather than being faithless, they informed King Nebuchadnezzar who they were placing their trust in although they saw the furnace they would be placed in (If it be so, our God whom we serve is able to deliver us from the burning fiery furnace, and he will deliver us out of thine hand, O king. But if not, be it known unto thee, O king, that we will not serve thy gods, nor worship the golden image which thou hast set up – Daniel 3:17-18. “If not” does not indicate a lapse of faith on the part of the three Hebrew boys, rather, they recognized that sometimes it was the will of God for men of God to die in the line of duty as they served Him. They knew that God was able to deliver them, but did not know if it was His will.

This is what causes many professions Christians to lose faith because they don’t know the will of God, and they place their trust in what they’re in rather than the God who has their beginning and end. We’re sojourners, we’re just passing through. Earth is not our home, the Son of God came and died, was risen from the grave, and went to prepare a place for those who live according to the written instructions of the Bible.

As Christians, we’re in the hands of a mighty God that knows our beginning, middle, and ending. He knows our entrance and our exit. We have to know whatever God’s will is will be the best for us, meaning whether He delivers us or not. Jesus promised the believer that He was going to prepare a place and where He will be we also will be (In my Father’s house are many mansions: it were not so, I would have told you. I go to prepare a place for you. And if I go and prepare a place for you, I will come again and receive you unto myself; that where I am, there ye may be also – John 14:2:3. So whether He delivers us or not, as true Christians we have a better place awaiting us.

Don’t fear, but trust God. He has already spoken over your life before you were born, the Words He has spoken will manifest, nothing can stop God’s Word but you when you decide to live according to your will rather than His will. God loves His people and all He asks is that we love him and live according to His written instructions, the Holy Bible.

← Spiritual Adultery
A Cry for Help →