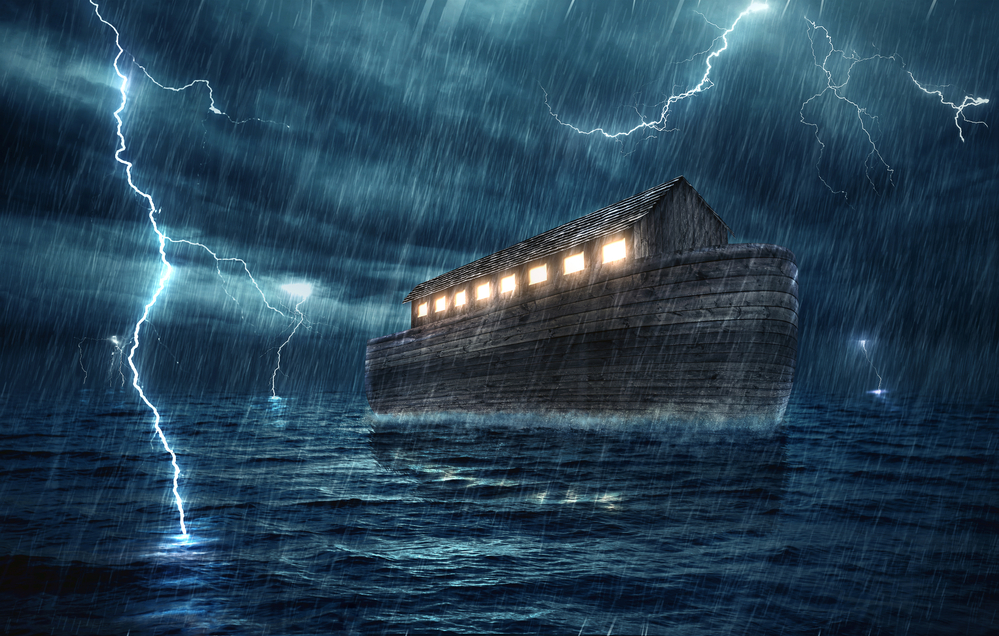 The Ark of God

But with thee will I establish my covenant: and thou shalt come into the ark, thou and thou sons, and thy wife and thou son’s wife with thee – Genesis 6:18.

A covenant is a binding agreement made by two or more persons or parties. This covenant that was made between God and Noah involved the dispensation of human government with humanity governing itself. Men were responsible to govern the world for God. The governing covenant of this era was the Noahic covenant.

The first ark invented was by a man named Noah. Noah was justified for his obedience, love, and faithfulness to God. Sin had increased to the point that God was going to destroy the earth, but prior to this, God informed his servant Noah of what was going to happen. Just as God informed his servant Noah, He is still informing His servants of what is happening when they are in tune with God’s Spirit and His voice.

God instructed Noah to built an ark large enough to house him and his family and for every creature God created. God instructed Noah to bring in a male and a female of each species; this would enable each creature to be reproduced after the flood. He didn’t instruct him to bring in two of the same gender because it would have been against the laws of nature, they wouldn’t have been able to reproduce.

He also instructed Noah not to mix or match species for He wanted each species to have its own mate (And every living thing of all flesh, two of every sort shalt thou bring into the ark, to keep them alive with thee; they shall be male and female, of fowl after their own kind, and of cattle after their kind, of every creeping thing of the earth after his kind, two of every sort shall come unto thee, to keep them alive – Genesis 6:19-20). Even with the different species of animals, God created male and female. You will not see a cat trying to mate with a dog or a dog trying to mate with a rabbit or two dogs trying to mate with each other because their senses will le them know that this is against the laws of nature.

The ark was built for Noah and his family to enter into the ark of safety from the flood that was going to be on the earth for forty days and for forty nights. Even though it had never rained prior to the flood, Noah followed God’s instructions. You can imagine the ridicule Noah wen through as he was building the ark. While in the process of building the ark Noah tried to influence the people to forsake their sins and enter into the ark. The people mocked Noah the same way they mock Christians today when they try to influence them to forsake their sins and received Jesus who is the ark of safety.

The Bible does not mention the obedience or the righteousness of Noah’s family, but because of Noah’s obedience his family was able to enter into the ark of safety (And God spake unto Noah saying go forth of the ark, thou and thy sons, and thy sons wives with thee – Genesis 8:15-16). Noah probably wanted to give up on many occasions, but because of the faithfulness of God, Noah was determined for his family to enter in with him. We can always see the faithfulness of God when it comes to blessings, but we must also know the faithfulness of God in His wrath. This is why we must live according to what we profess so that we will not mislead our families and others from God.

An ark can be a chest, coffin, or a vessel. In Biblical times God’s Spirit did not dwell in man but in an ark. The ark would be placed in a tent or temple and the only ones that could approach the ark would be the priest and the Levites. A veil would divide the ark of God and the congregation, behind the veil would be the holy of holies. In today’s era, the pulpit is the holy of holies and everyone standing behind it should be holy, consecrated to God. Thank God for Grace that is in Jesus Christ for if God compensated His people now they way He did then, it would be a lot of pastors, evangelist, apostles, teachers, and prophets dying in the pulpit because you cannot go into the presence of God living any kind of way.

The priest would lead the people to repentance and lead them back to the ark of safety, they would pray and fast for the people, just as the priest would lead the people to the ark of safety, just as Noah lead his family to the ark of safety, we too must have the same tenacity to fast and pray for the Father to soften the hearts of our unsaved-loved ones, pray that their hearts would be changed to follow the Lord and forsake the world’s philosophy, do what you want and with who you want. The ark of God is a place where we can receive forgiveness of sins, a place where we can find rest for our weary souls, a place where we can find joy and happiness, a place we can receive deliverance. When we enter into the ark of God we will have more than just a mind change, but our hearts will be changed (For with the heart man believeth unto righteousness: and the mouth confession is made unto salvation – Romans 10:10).

What’s in the heart of the individual will manifest in the character and their behavior. That’s the reason why the majority of people professing to be Christians can’t abstain from sin because they received salvation with their minds and not their hearts (Because the carnal mind is enmity against God: for it is not subject to the law of God, neither indeed can be. So then they that are in the flesh cannot please God – Romans 8:7-8). That is why the Word of God admonishes the believer to have the mind of Christ, the heart can only be changed by the Spirit of God, once the heart is changed the mind will follow. As Christians, we should fill our hearts with the Word of God. The more Word that is in our hearts, the more we will submit ourselves to the laws of God.

God no longer lives in tents and arks of wood, but He dwells within us. Let us inspect our vessels regularly and see if we’re caring cargo that’s contrary to God’s Word. If we’re carrying cargo that is sinful it’s going to hinder our prayers and keep us from the presence of God (For the wages of sins is death; but the gift of God is eternal life through Jesus Christ – Romans 6:23). Just as Noah led his family into the ark of safety, let us purposely lead our families and others to the ark of safety that is in Christ Jesus.