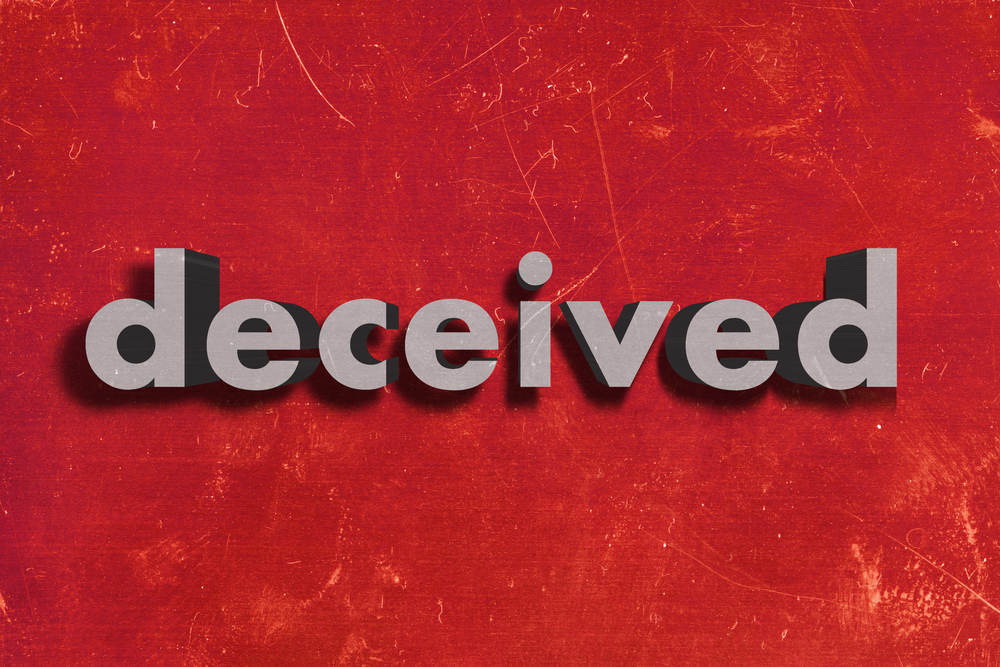 Bamboozle is to swindle, trick, dupe or to deceive.

Satan’s goal is to destroy people’s faith and belief in God. If he can’t destroy the faith, he influences people to be disobedient to the Word of God which will cause them to be Hell bound if they don’t come to repentance.

Sin caused both Adam and Eve to be disconnected from God, they no longer would have His visitation in the Garden, and neither would they be allowed to continue to stay in the Garden of Eden. When we sin against God’s instructions through His written Word we become disconnected from God. He no longer gives us visitation as He did prior to our disobedience. Just as God talked with Adam and Eve; He also talks to those that are submitted to His instructions. Satan couldn’t influence Adam and Eve there was no God because they had communed with Him, they had felt His Spirit so Satan influenced them to disobey God’s instructions and their disobedience was called sin.

Although Adam and Eve had sinned against God, He didn’t stop loving them or providing for them. After their sin, Adam and Eve tried to cover their nakedness with fig leaves, but God gave them something better, He clothed them with tunics made from animal skin which caused blood to be shed. The first blood sacrifice was in the Garden of Eden when God had to cloth Adam and Eve.

Satan influenced the children of Israel to deny God and serve other gods although they had been taught and seen the manifestation of God’s power in the plagues He placed on the Egyptians. He led them through the Red Sea, it was a wall on each side as they passed through the sea. The children of Israel walked through the Red Sea and the Egyptians were drained in the Red Sea. Once they were on dry ground as soon as things appeared to be not as they desired it to be; they begin to complain and wished they were back with Egypt. While in Egypt they served the god of the Egyptians and they continued to serve different gods of the surrounding people.

The children of Israel had been set apart from other nations to be God’s people, but they wanted to be like other nations and serve pagan gods. Spiritually speaking, Egypt was a type of the world and the Egyptians are like the nations in the world serving pagan gods. Every born-again Christian has been set apart to be God’s people and they are to serve Him and Him only, but like the children of Israel they want to serve other gods and serve God too. The love of money has caused many to be disconnected from God because. Some have been disconnected from God because they have given their bodies to those they were not married to, so they rather please their fleshly desires rather than waiting on God to give them a mate.

Some have been disconnected because of gossip and the pointing of the finger. High-minded thinking themselves better than others. Spiritual discrimination and nationality discrimination. Love is a commandment from the Father and when we don’t love others as we have been commanded, then we’re living in sin, and the wages of sin can be physical death or spiritual death.

There is a place call Hell and its for those who reject God and His instructions whether they are professing to be believers or not. Satan influencing believers they can live any kind way at yet have a connection with God. God hates sin and this is why He has given instructions how to avoid sin. Non-believers have been bamboozled to think there is no God although nature itself declare there is a God! Carnal Christians have been bamboozled to think they can serve God and Satan.

A Christian should live a holy life that reflects the nature of God, who saved him. He or she should separate themselves from actions, influences or people that would try to influence them to sin. A Christian should apply the biblical principals of separation and avoid what is against biblical standards of purity. The Bible must be read to know what is expected of them as a Christian, everyone is held responsible for reading and applying biblical principals to their lifestyle.

Knowing God’s Word and applying it will assist one in having a relationship with God as well as escaping Hell. If one really want to know if there is a God, talk to Him, ask Him to give you an encounter with Him. Keep asking until He manifest Himself to you, that’s when you are seeking Him with your whole heart and you will find Him!

← God, the Creator; Jesus the Saviour; and Holy Spirit; the Comforter
Without A Price →