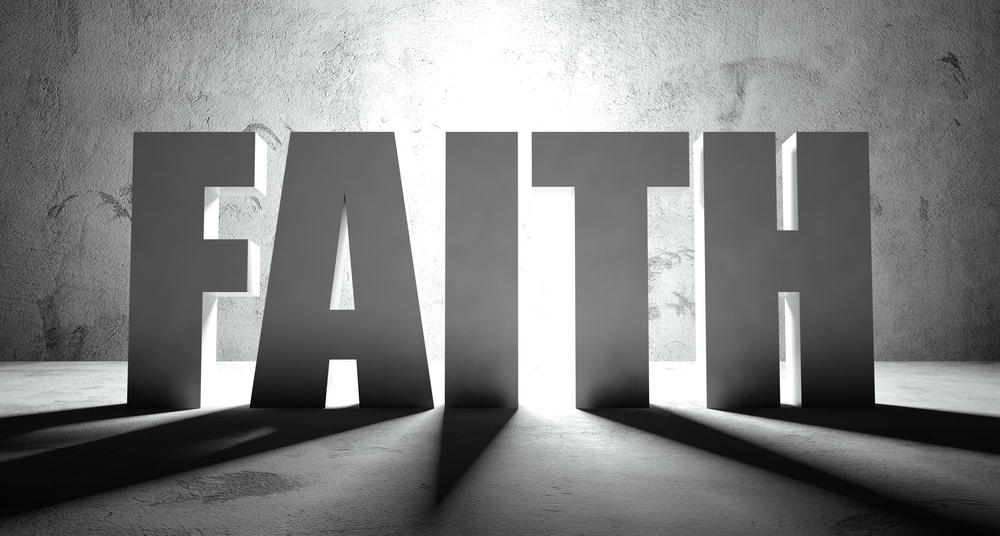 Now faith is the substance of things hoped for, the evidence of things not seen. For by it the elders obtained a good report – Hebrews 11:1-2.

Faith is human belief in and reliance upon the divine. Faith is nothing you can see, faith can be either positive or negative. Negative faith operates the same way positive works.

Daniel was a great prophet during the period of the captivity of God’s covenant people in Babylon and Persia. Daniel was a teenager when he was taken from Jerusalem into captivity in 60 B.C. he and his companions known as the three Hebrew boys. Although they were teenagers their faith and commitment were to obey God. Nebuchadnezzar ruled Babylonian and was well known for his cruelty stopping at nothing to subdue people who blocked his path of conquest. Nebuchadnezzar informed Ashpenaz the master of the eunuchs to bring a certain type of people into captivity. He wanted young men who were good-looking with a quick understanding, skillful in wisdom, possessing knowledge and understanding science to stand in the king’s palace. He didn’t want anyone unlearned, slow learning, because they were to learn the language of the Chaldeans.

They were held in their chambers for three years prior to standing before the king. The king gave them the food he ate, meats and wine, the best, but Daniel and his companions purposed in their hearts that they would not defile themselves with the king’s meat and wine. God had given Daniel favor with the prince of the eunuchs, and Daniel requested that he and the three Hebrew boys be given vegetables because the king’s meat included food prohibited to the Jews. Although they were in captivity, they purposed in their hearts to live a life that would be pleasing to God. When Daniel and the three Hebrew boys stood before the king, he found them to be ten times better than all the magicians and astrologers that were in all his realm. God gave Daniel and his companion’s wisdom and knowledge as well as the interpretation of dreams and visions. Even though Christians go through trials, tests, tribulations, and attacks from Satan, God never leaves or forsakes them. God’s favor will be upon the Christian although they may be in a situation they have never been in or even think they will make it out of it, faith in God will be their strength, their encouragement as well as God bringing them out with victory because their faith will be in God and not what they see, hear or feel.

Nebuchadnezzar had a dream that disturbed him, the problem was he couldn’t remember what he dreamed, he just knew the dream was disturbing. The king commanded the magicians, the astrologers, sorcerers, and the Chaldeans to come and interpret the dream for him. The thing the king was asking was impossible, the king became angry and sent forth a decree that all the wise men were to be slain. When the news got to Daniel, he went to the king and asked for time to interpret the dream. Although what the king was asking was impossible, Daniel knew the God that answers prayers, he knew the prayer of agreement and faith would reach heaven, and what was impossible, God was going to make it possible. Daniel and his companions prayed and God revealed what the dream was and the interpretation.

Time passed and Nebuchadnezzar’s pride influenced him to make a golden image, and everyone would have to bow to the image when they heard the music. When the music played everyone bowed excepted the three Hebrew boys. They purposed in their hearts they would only bow to God, Jehovah, not man or image, and because they didn’t bow to the image they were thrown in the fiery furnace. When professing Christians live opposite of the principles of the Bible they are bowing to Satan. The men that were to throw the Hebrew boys into the furnace were burnt by the flames, and the Hebrew boys fell into the furnace. When the king looked into the furnace, he saw the three Hebrew boys and he also saw Jesus walking with them (He answered and said, Lo, I see four men loose, walking in the midst of the fire, and they have no hurt; and the form of the fourth is like the Son of God – Daniel 3:25). Jesus will never allow us to walk alone, He’s always there to walk us through whatever we may be going through.

When trials, tests, tribulations, and attacks from Satan, Christians must not fear or become weary. God is greater and bigger than any situation or circumstance that will come into their lives. Secondly, before a test, trial, tribulation, or attack comes your way, it must be authorized by God to come near you. If God allowed it, it’s going to work together for your good by giving you more faith, more tenacity, strength to not only help you, but you will be able to help others as they go through what you went through. Christians don’t skip to glory, they go through difficulties, hard times, emotional pain, physical pain, but they place their trust in God. Whether they live to get the victory or they die, they will still get the victory because they’re on their way to meet the Father. Either way, the Christians will come out with the victory when they place their faith in God and live by the principles that He has given the professing Christian to live by