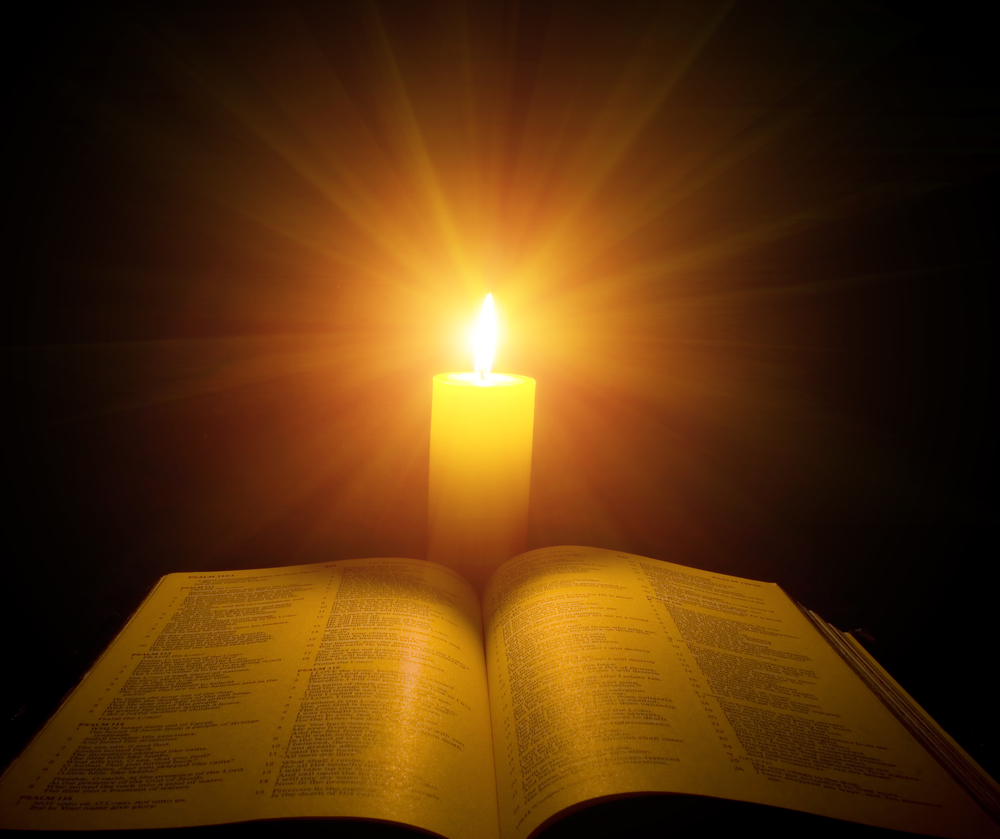 John 8:42 – Jesus said unto them, if God were your Father ye would love me: for I proceeded forth and came from God; neither came I of myself, but he sent me.  Jesus’ reply to the religious leaders, if God was there Father, they would love Him, but since they didn’t love God nor did they love Him, they couldn’t love the One that was sent from God. Jesus has continued to reiterate He didn’t come on His on, He was sent from God. The Pharisees wanted to receive the Father as their Father but they didn’t want to accept the Son. In today’s time; many want to accept God but reject the Son whereas some will accept the Son but will not accept the Father.  God and the Son can’t be separated; you can’ t receive one without the other.  Jesus came to do the will of the Father; to redeem the world of their sins; no one else could do what was assigned to Him from the Father.

John 8:43 – Why do ye not understand my speech?  even because ye cannot hear my words.  Their ears were dull of hearing and because their heart was hardened the words Jesus was saying couldn’t penetrate their hearts. The prophecy of Isaiah was being fulfilled (And he said, Go, and tell this people, Hear ye indeed, but understand not; and see ye indeed, but perceive not – Isaiah 6:9). Just as God commissioned the prophet to go and talk to His people and what their response would be; their descendants  were now having a greater prophet, the Son of God giving them the Word of God, and they  couldn’t comprehend because  of their unbelief and hearts that didn’t want to repent; meaning they didn’t want to stop living the lifestyles that were sinful to God. Even in today’s time, people will choose what they want to hear and what they will adhere to. When you love the Parent, you will not hate the Son.  The religious leaders were prevented from understanding because they refused to listen.  Satan used their stubbornness, pride, and prejudices to keep them from believing in Jesus.

John 8:44 – Ye are of your father the devil, and the lust of your father ye will do.  He was a murderer from the beginning, and abode not in the truth, because there is no truth in him.  When he speaketh a lie, he speaketh of his own: for he is liar, and the father of it.  Jesus saw the religious leaders as being the children of Satan, their actions were that of their father, they rejected Him as being the Son of God, they rejected His teaching and they also desired to kill Him. Satan nor his children abide in the truth of God of God’s Word. Satan speaks lies because he’s the father of lies.  Every child will have the characteristics and behavior of their father that goes for both naturally and spiritually.  The attitudes and actions of these leaders clearly identified them as followers of Satan.  They may not have been conscious of this, but their hatred of truth, their lies, and their murderous intentions indicated how much control Satan had over them.  They were in his tools in carrying out his plans, they spoke the same language of lies.

John 8:45 – And because I tell you the truth, ye believe me not.  Jesus was telling them the truth and they weren’t believing. Because they didn’t know the truth; they didn’t know what they were hearing was the truth.  The religious leader’s lives were built upon the traditions of man and not God’s Word. All down through the years, God was calling His people to return to Him with their whole hearts.  They didn’t know God’s Word and neither did they know God for if they had known they would have accepted the Son.

John 8:46 – Which of you convinceth me of sin?  And if I say the truth, why do ye not believe me? Jesus is asking them, which one o them convicts Him of sin, often it was debated whether or not Jesus was a sinner. Some believed He was received by fornication because Mary was pregnant before she and Joseph were married.  Many believed He was a sinner because He claimed to be the Son of God. He’ s asking, if you can’t convict me of sin why can’t you believe when I’m telling you the truth?  No one could accuse Jesus of a single sin; people who hated Him dead scrutinized His behavior but could find nothing wrong.  Jesus proved He was God in the flesh by His sinless life.  He is the only perfect example for us to follow; not basing our Christianity on someone else’s behavior.

John 8:47 – He that is of God heareth God’s word: ye therefore hear them not, because ye are not of God.  The words Jesus was saying to His Jewish and religious leaders haven’t changed. Those that have truly accepted God as their Father will hear His Son. God also has others He has sent to minister His Word, He sent them to teach and preach (He that heareth you heareth me; and he that despiseth you despiseth me; and he that despiseth me despiseth him that sent me – Luke 10:16). The Jewish and religious leaders claim to be followers of God but they weren’t because they rejected the Word of God.

John 8:48 – Then answered the Jews and said unto him, Say we not well that thou art a Samaritan and hast a devil?  The Jewish leaders charged Jesus with being a Samaritan and having a demon. Samaritans were regarded by Jews as neither fully Gentile nor fully Jewish. In the process, they turned back to Jesus both charges that He had brought against them, namely, that they were legitimate children of Abraham, and that they were of the devil.

John 8:50 – And I seek not mine own glory: there is one that seeketh and judgeth. God the Father will seek Jesus’ glory and judge those who dishonor Him.

John 8:51 – Verily, verily, I say unto you, If a man keep my saying, he shall never see death.  “My word” refers to the word concerning who He is.  Death here refers not to physical death, but spiritual death resulting in eternal separation from God.  To keep Jesus’ saying means to hear His words and obey them. When Jesus says those who obey won’t die, He is speaking about spiritual death. Just as Adam and Eve were to live forever but when they sinned against God they died spiritually. So those that keep the Word of God by submitting to its instructions shall live forever.