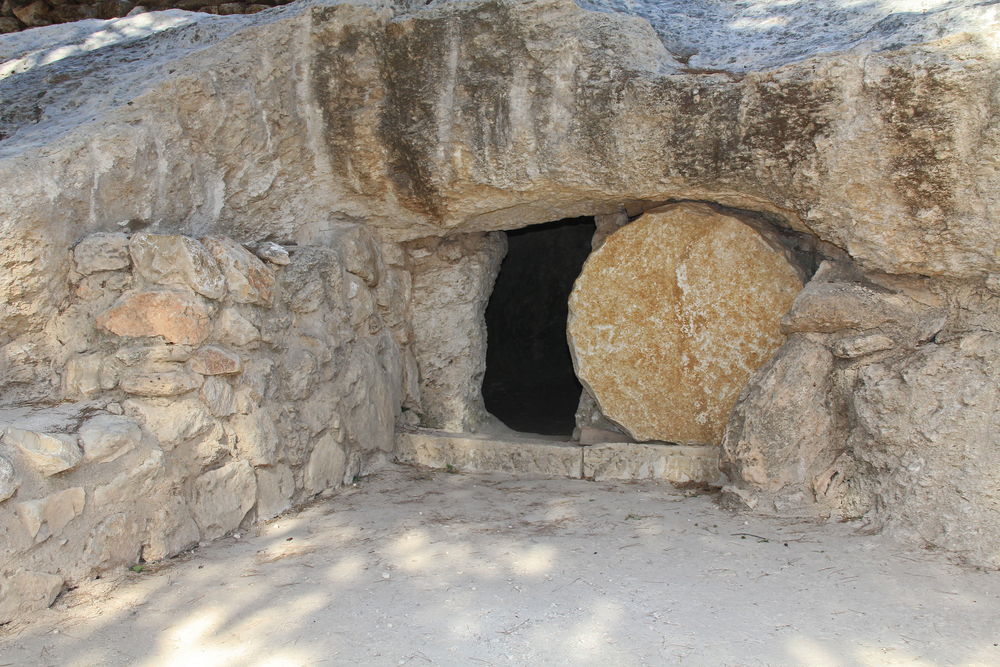 Bible study is important for spiritual growth for the professing Christian. The Bible is our GPS  (God Promised Scriptures) It’s filled with promises of blessings and the wrath of God for those who reject His instructions. We need to know Him and His Word to live a life that will be pleasing to Him.John 11:34 – And said, Where have you laid him? They said unto him, Lord, come and see. Jesus had made it to Mary and Martha’s home when He arrived Mary said unto the Lord the same thing her sister had said earlier when she met Jesus “If you would have been here, my brother wouldn’t have died”. When Jesus saw Mary and the Jews who were there comforting her crying, He begins to groan in His spirit and was troubled. He then asks them where had they laid him.

John 11:35 – Jesus wept. Jesus wept is one of the shortest verse in the Bible. Jesus also wept with Mary and Martha and the Jews. Lazarus and his family were Jesus’ friend, and He felt the pain of the two sisters. This is also showing an example of how when we’re going through pain and sorry, Jesus feel our feelings and He comforts us by giving us His supernatural peace in the midst of sorrow.

John 11:36 – Then said the Jews, Behold how he loved him! When the Jews saw Jesus also weeping, they understood just how much Jesus loved Lazarus. Jesus not only sees our pain and sorry but He cares about what we’re feeling.

John 11:37 – And some of them said, Could not this man, which opened the eyes of the blind, have caused that even this man should not have died?  Rather than showing empathy with the two sisters and also seeing Jesus weeping because of Lazarus’s death, some of the Jews begin to ask the question the same man who has opened blinded eyes could He have prevented Lazarus’s death. Their question wasn’t comforting to the sisters or others that were moaning. Their question also could have made Martha and Mary become upset with Jesus since both of them had already made the same statement about Jesus not being there. The Jews weren’t concerned about the sister’s grief; their comment was another way of saying He’s not who He says He is if so He could have prevented this man from dying. This comment could have caused Mary and Martha to have blamed Jesus for Lazarus death if He would come when they first sent for Him. The comment was to bring disunity rather than unity.

John 11:38 – Jesus therefore again groaning in himself cometh to the grave.  It was a cave, and a stone lay upon it. Jesus didn’t say a word about their comments, He just begins to groan in His spirit, talking to the Father. Sometimes it’s better to not make a reply to comments when they are negative. Rather than trying to justify ourselves begin to talk to the Father within your spirit while talking to Him, He will either give you an answer or give you and unction to just be quiet.

John 11:39 – Jesus said, Take ye away the stone.  Martha, the sister of him that was dead, saith unto him, Lord, by this time he stinketh: for he hath been dead four days. Martha still didn’t believe the power the Father had given to His Son, she said she believed He was the Son of God. When one believes in the Father and the Son they see them as nothing being impossible for them, the case is if its the will of the Father about what we’re praying about?  Jesus will never go over the will of the Father, and we have to get to a point that we too only want His will to be done.

John 11:40 – Jesus saith unto her, Said I not unto thee, that, if thou wouldest believe, thou shouldest see the glory of God. Jesus reminds her of what He had spoken to her earlier. He didn’t rebuke her because of her unbelief, He was stirring up her faith once again. In other words, He was telling her to believe in God and she will see and experience what seems to be impossible. Life will bring issues and difficulties, but as Christians, we must place our faith in the Lord. There is nothing we go through they are not aware of it. Satan works in fear, God works in faith.

John 11:41 – Then they took away the stone from the place where the dead was laid. And Jesus lifted up his eyes, and said, Father, I thank thee that thou hast heard me.  Both times when Jesus was groaning in His spirit, He was talking to the Father. Once they get to the burial site, Jesus looks up to heaven and thank the Father for hearing Him.  This is why it is so important for those who profess to be Christians to receive the Holy Spirit. It is through the Holy Spirit we commune with the Father. It does not matter what denomination one is joined to, the Holy Spirit is for everyone that believes and accepts the Father as being God and Jesus as being the Son of God as well as being submitted to His written Word, the Bible.

John 11:42 – And I knew that thou hearest me always: but because of the people which stand by I said it that they may believe that thou hast sent me. Jesus is saying to the Father, because of the people, I’m saying “I thank thee thou hast heard me”, I know whenever I pray you will hear me, but the people need to know I’ve prayed to you and you have heard my prayer, then will they believe you have sent me. We should have such a connection with the Father and Son that when we pray, we know the Father is listening, we must know when we pray the Lord is interceding to the Father on our behalf. This is why Jesus instructed the Christian to ask the Father in His name, its the name of Jesus that gets the Father’s attention.

John 11:43 – And when he thus had spoken he cried with a loud voice, Lazarus, come forth.  After Jesus finish talking with the Father, He commands Lazarus to come forth. Although they may have been many others buried in the same place by the name of Lazarus, only the one He was speaking to would come forth. A good example is, there are billions of people in the world with the same name, but whoever Jesus and the Father are speaking to an individual only that individual will hear the call, will hear the words they’re speaking. Jesus is still calling people from the dead, alive physically but dead in their spirit.