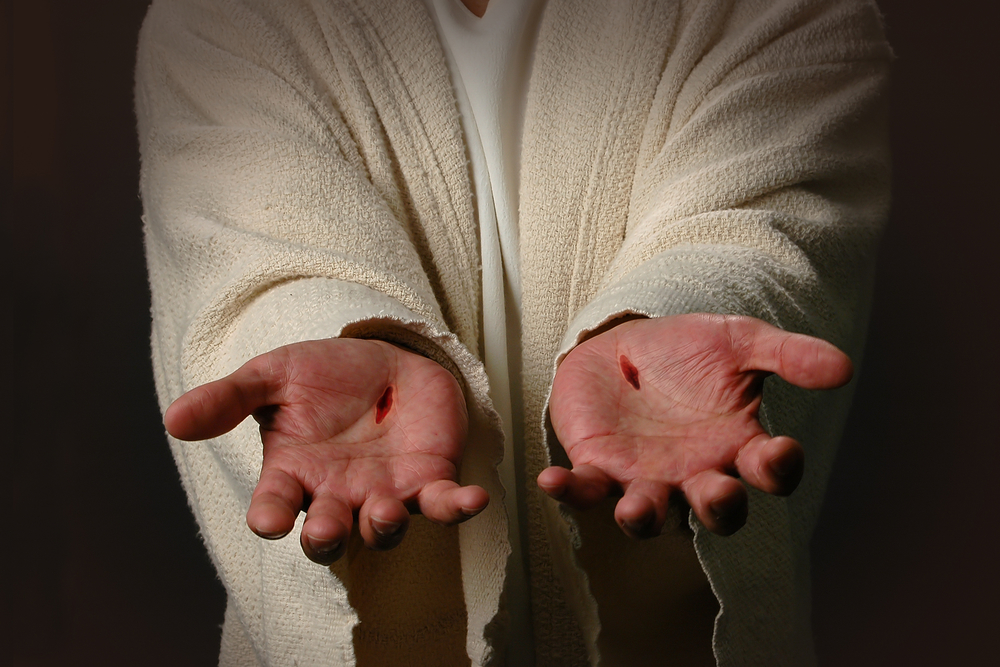 Revelation 1:18 – I am he that liveth, and was dead; and, behold, I am alive for evermore, Amen; and have the keys of hell and death.

Jesus left the Father, came to earth to redeem man back to God. There was no other person qualified if so, God might have chosen one of the Prophets such as Moses, Daniel, or Isaiah, but He chose to give His only Son to die for the sins of God’s creation (the world).  Many times we quote the Scripture “John 3:16 For God so loved the world, that he gave his only begotten Son, that whosoever believeth in him should not perish, but have everlasting life” without looking into the Scripture to see what the Scripture mean to us individually as well as the corporate body of Christ.When you look at the word world, it indicates mankind, people in general; the public; secular life and interests. Meaning God was not only concerned about those that were going to accept His salvation through His Son but those that would deny the Son and reject the Salvation. God doesn’t just blessed the Christian and forget about the sinner. All people were created by God, but not all are His children. There is a difference between being a creation and a child, if it weren’t so, God never would have made a distinction between the children of God and the children of Satan. God does not call the children of Satan His children. We are either going to serve God or Satan; we cannot serve both; when we try to do this, God calls this a hypocrite. The term hypocrite is a statement made to indicate someone who’s pretending to be something that they aren’t.

The Pharisees were one of the three sects of Judaism in the time of Christ. The name means separated by special work. The sect included all Hebrews who separated themselves from every kind of Levitical impurity according to the Mosaic law of purity. Although they kept the Mosaic law, they didn’t apply the Word of God to their hearts, if so, Jesus never would have called them hypocrites (Matthew 23:13 But woe unto you, scribes, and Pharisees, hypocrites! For ye shut up the kingdom of heaven against men: for ye neither go in yourselves, neither suffer ye them that are entering to go in).  Many so-called Christians, have led people away from God and His Kingdom because of their lifestyle. Christians are supposed to be different from those that are living a secular lifestyle, but if we’re blending in with them, we’re not showing them the difference between Christianity and the non-believer. This is why God instructed the children of Israel to make a difference between holy and unholy, unclean and clean, the same goes for us that say we’re Christians.

Knowing the Word of God is good, but if it’s not applied to the individual lifestyle, it will cause them to be denied the Kingdom of God as well as the benefits that go with the Kingdom. We can’t work ourselves into the Kingdom of God by doing good deeds as some think. God has left His Word for His people to follow the instructions given. Take, for instance; you were going on a road trip to a place you have never been.  Before leaving, you would either get driving instructions or you would use a GPS system which would tell you to step by step which way to go, where to turn on the roads and streets to avoid, where to stop for food and rest. The Bible is our GPS system; it is God’s Principal Standards. If you follow the instructions, it will direct you to God’s Kingdom. It will instruct you what to put on and what to put off as a Christian. It will direct you to a closer relationship with the Father.

God loved us so much until He chose to give His Son for our life; His Son chose to give His life for us to be reconciled back to the Father. Jesus didn’t die for us to continue in sin ( Romans 6:1-2 What shall we say then? Shall we continue in sin, that grace may abound? God forbid, how shall we that are dead to sin, live any longer therein)? Jesus didn’t die for us to sin; He died so we could be free from sin. This doesn’t mean we will not make mistakes as Christians, but as Christians, we should follow the roadmap God has given us through His Word, we don’t practice sin!

Jesus was a gift to us from God. He presented His Son to us for salvation. Jesus was beaten brutally, nailed to a cross for our sins. If it were alright for us to practice sin, Jesus wouldn’t have gone through what He did to reconcile us to the Father.  When we really accept the salvation of Jesus, God writes His laws in our minds and in our hearts (Jeremiah 31:33 But this shall be the covenant that I will make with the house of Israel; I will put my law in their inward (mind) parts, and write it in their hearts; and will be their God, and they shall be my people). This Scripture can also be applied to the spiritual Jews who we are as born-again Christians (But he is a Jew, which is one inwardly; and circumcision is that of the heart, in the spirit, and not in the letter; whose praise is not of men, but of God – Romans 3:29).

There is no reason for anyone to enter into hell; hell was created for Satan, and the fallen angels and the reason they were cast out of  Heaven because of rebellion, disobedience, and pride. God has given each one of us a way of escape through His Son, Jesus the Christ! The reason why the children of Israel didn’t enter into the promise land because of disobedience; the Bible states unbelief (Hebrews 3:10) in Greek its Apistia meaning unfaithfulness, disobedience). Anytime we’re living contrary to what the Bible has instructed us, we’re living in disobedience, and disobedience will make the individual a candidate for Hell. The Bible is God’s spoken Word, every time we read the Bible it’s God talking to us through the Scripture. His Word will rebuke, exhort, bring peace, healing, cleansing of the heart, mind, and soul.

Jesus came to earth for us to have life, the life God desired for us from the beginning. Everything on this earth one day will be destroyed, but the Word of God will remain forever. One day each of us will have to answer for our belief or unbelief, for godliness or ungodliness, just because there are some that don’t believe in God, does not take away from God being God, they too will one day stand before the judgement seat of God, why play spiritual Russian Roulette, when you can live?

And, behold, I come quickly; and my reward is with me, to give every man according as his work shall be (Revelation 22:12).

← Cursed Items
Called Into the Wilderness →