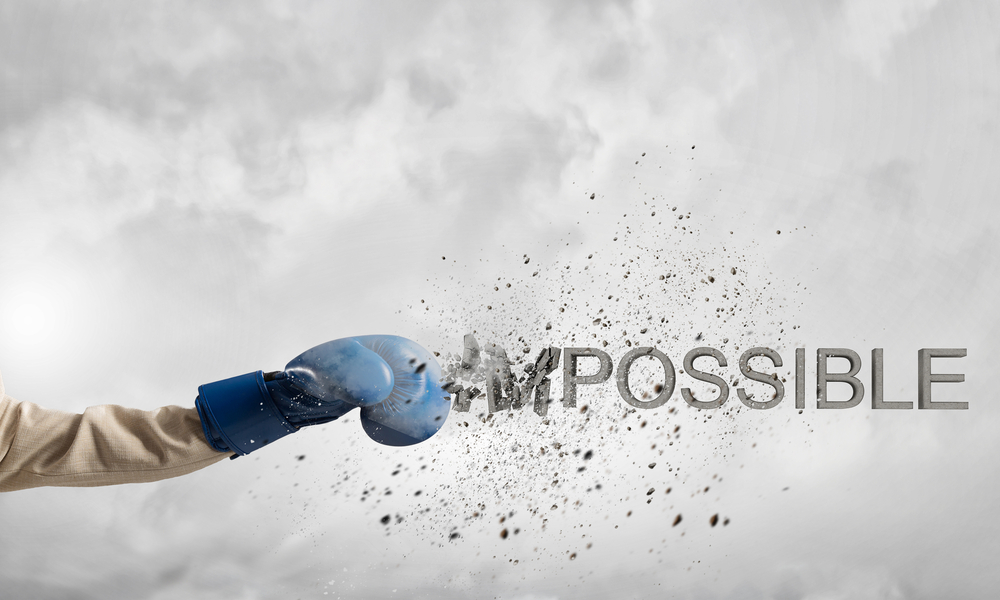 And there we saw the giants, the sons of Anak, which come of the giants; and we were in our own sight as grasshoppers, and so we were in their sight – Numbers 13:33.

Whether we are a believer or non-believer each of us will have a test or trial that comes in our life that will appear as a giant, but we must remember no matter how big the giant or the trial may be, we serve a God that is larger than any giant trial or test that will come in our lives.

The children of Israel had been enslaved in Egypt for four hundred years prior to their release from the Egyptians. Rather than leading them the way of the Philistines which would have been closer for them to reach the Promised Land of Canaan God led them through the wilderness of the Red Sea because God knew if they would have seen a war they would change their minds and returned to Egypt. After their release from the bondage they were in the wilderness of Shur and were there three days and found no water, they went to Marah and they couldn’t drink the water because of its bitterness. They begin to murmur, Moses prayed and the Lord showed him a tree, after placing the tree into the water the water was made sweet.

While they were in Marah God gave them regulations and there He tested them (And said, If thou wilt diligently hearken to the voice of the Lord thy God, and wilt do that which is right in his sight, and wilt give ear to his commandments and keep all his status, I will put none of these diseases upon thee, which I have brought upon the Egyptians: for I am the Lord that health thee – Exodus 15:26). After being set free from captivity for two months while in the wilderness of Sin the whole congregation of Israel begins to murmur against Moses and Aaron remembering what they use to eat when they were in the land of Egypt. While they were in slavery they didn’t murmur they just did whatever they were told to do, bondage will make you do that whatever form it maybe.

Some Christians believe once you receive salvation their lives will be a bed of roses, skipping down life to glory land. That’s what Satan wants Christians to think so once life issues come and Satan’s attacks they want to return to the land of Egypt which in the spiritual sense is the world. Just like the Israelites when one first receives salvation God does not allow trouble that will turn you back to the world to come into your life until you begin to mature in Grace to face the giants. Christians are also on a journey to the Promise Land, a place where there will be no more sickness, and disease, there will be no pain, there will be no hatred and murder they will live for eternity but before they can enter into the Promise Land they must face the giants that will come into their lives.

Twelve spies were sent to Canaan to look at the land and they saw the goodness of the land, it took them forty days to search the land. The land was prosperous, a branch had a cluster of grapes that took two men to carry, they brought pomegranates and figs. The soil was fertile, it was good for cattle-raising and agriculture, but there was also giants, the sons of Anak they would have to face, in other words they were going to have to fight if they wanted to inherit the land that God had given them. God told them He was giving them a land flowing with milk and honey, He did not tell them they would have to fight. It’s different with those that have become Christians after the children of Israel, we have been told we will have to fight.

The Bible instructs the believer who they are fighting and what they have to do to win the fight (For we wrestle not against flesh and blood, but against principalities, against powers, against the rulers of the darkness of this world, against spiritual wickedness in high places – Ephesians 6:12. In order to fight against demonic spirits, first one must be a true Christian, secondly, they need the empowerment of the Holy Spirit. They also need to have on the armor of God (Wherefore take unto you the whole armor of God, that ye may be able to withstand in the evil day, and having done all to stand. Stand therefore, having your loins girt about with truth, and having on the breastplate of righteousness; And your feet shod with the preparation of the gospel of peace. Above all, taking the shield of faith, wherewith ye shall be able to quench all the fiery darts of the wicked. And take the helmet of salvation and the sword of the Spirit which is the word of God. Praying always with prayer and supplication in the Spirit, and watching thereunto with all perseverance and supplication for all saints – Ephesians 6:14-18).

The Israelites saw physical giants, in this age the giants we fight we can’t see them with our physical eyes. They come to torment our minds, influence with depression and anxiety. Sickness and disease, enslaved to drugs, alcohol and people. Attack our finances, home and family. Thoughts of suicide and covet what someone else have. Satan influences with thoughts, we can’t stop the thoughts from coming, but we cannot linger on the thoughts. When we linger on them we allow them to be planted in our hearts and once they enter into the heart they become actions.

When Satan attacks, the Christian can’t be like the ten spies that brought back a bad report to the congregation, we must be like Joshua and Caleb, knowing the God we serve will empower us to fight and conquer the giants that come into our lives. This is why Jesus instructed the believer to ask for the gift of the Holy Spirit baptism (If ye then being evil, know how to give good gifts unto your children: how much more shall your heavenly Father give the Holy Spirit to them that ask him – Luke 11:13). It’s through the Holy Spirit of God that dwells within our being that we have been empowered to fight against Satan and his co-host (Behold, I give unto your power to tread on serpents and scorpions, and over all the power of the enemy and nothing shall by any means hurt you. Notwithstanding in this rejoice not that the spirits are subject unto you; but rather rejoice because your names are written in heaven – Luke 10:10-20).

The Christians’ giant is an enemy that can’t be seen with the natural eye. It can’t be fought physically. It and they must be fought with the Spirit of God, the Word of God and having on the armor of God. Giants will come, but they can be defeated when we stay connected to God and His Word. Allow the Word of God to dominate your behavior and character. Read the Word of God, follow the instructions of the Bible. Christians can’t fight spiritually if they are placing garbage in their eyes, ears and spirit by what they are listening and watching. Just like we need food to nourish our bodies, we need spiritual food to feed our spirit. Reading and studying the Bible, watching and listening to Christians television and radio programs.

The giants that come into our lives can be defeated when we build ourselves through prayer and fasting, staying connected with other believers. Submitting to God and His Word. The reason why the ten spies were defeated in their thinking is that they were thinking about their capabilities and not the power of God. God informed the prophet, Zachariah, about Zerubbabel that he was not going to win the war by his power but by the power of the spirit of the Lord (Then he answered and spake unto me, saying, This is the word of the Lord unto Zerubbabel, saying, Not by might, nor by power, but by my spirit, saith the Lord of Hosts – Zechariah 4:6). We can’t do anything in our own power, only by the Spirit of God.

We grow into maturity by the trials, test, and issues that come into our lives. Just like a baby, a baby does not start off walking, they crawl, then they fall as they begin to walk. After falling several times they become brave and begin to walk. Same thing as a Christian, baby Christians aren’t aware of some of the schemes and tactics Satan uses to trip them, but after being influenced enough they will begin to place on the armor of God they will being to fight.They begin to read and study the Word of God more, they get the Word God in their spirit, and they begin to fight with the Word of God.

So when the giants come, faith up, fight the good fight of faith with the Spirit of God, the power of God, and the Word of God!