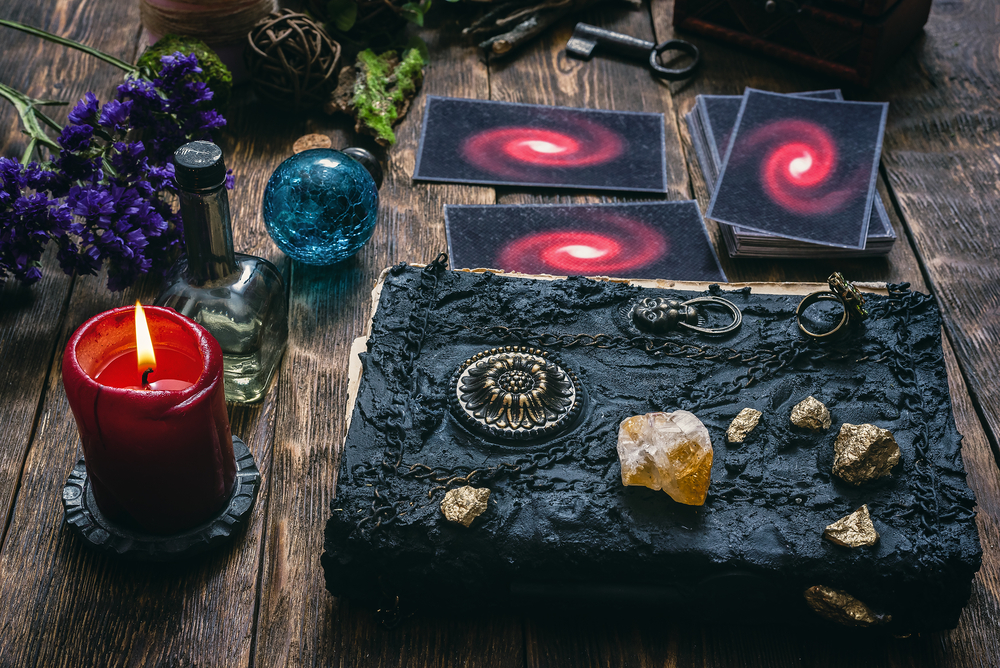 There shall not be found among you anyone that maketh his son or daughter to pass through the fire, or that useth divination, or an observer of times, or an enchanter, or a witch. Or a charmer, or a consulter with familiar spirits, or a wizard, or a necromancer – Deuteronomy 18:10-11.

Divination is the art of determining the future or ascertaining the divine will. Divination involves the observation and interpretation of natural phenomena or phenomena deliberately caused by the person or persons interpreting these omens.

Divination was something God instructed the children of Israel not to get involved with because it was an abomination to Him, something that He hated. As a believer it has been strictly commanded by God they should not be involved with or consult anyone that divines. Trying to know the future has gotten non-believers as well believers to open the door to demonic depression and obsession. A truly born-again Christian can’t be possessed with a demon, but they can be influenced by demonic spirits.

Demons are a treat to mankind, and they influence today just as they did in the Garden of Eden with Adam and Eve. People want to know their future, who they will marry, how long they will live, if their spouse cheating on them, or wanting to speak to a deceased family member. All these will open the door to the spirit world of evil.

In today’s present world there are witches, and warlock, male and females that practices white and black magic, both are evil because they are under the influence of demonic spirits. We can give entry to demonic spirits when we practice sorcery, things we wear, what we watch on television, objects we have brought into our homes from countries that practices voodoos, witchcraft, and sorcery. Religions that summons the dead which is known as spiritualist.

Once the dead are deceased they can’t return to the land of the living (And besides all this, between us and you there is a great gulf fixed: so that they which would pass from hence to you cannot; neither can they pass to us that would come from thence – Luke 16:26. So when people are saying they spoke to someone that was deceased they are speaking to demonic spirits that influence them that they are speaking to someone deceased, even when someone thinks they saw a deceased relative they are seeing demonic spirits that have transformed themselves as deceased relative.

Demon spirits are real and they influence humans to do their evil works. No one can change things from happening, if that was the case many would not be deceased, some wouldn’t have gotten caught up with drugs, others wouldn’t have married the person they married. They wouldn’t have taken that job, or gone to places they wish they never went. Every spirit we hear is not the Spirit of God, this is why we have been instructed to try the spirit to see if it’s from God (Beloved, believe not every spirit, but try the spirits whether they are of God: because many false prophets are gone out into the world – 1st John 4:1).

As Christians believers were not to engage ourselves with charmers, one who chants to achieve the desired effect, either beneficial or harmful. Some spirits are used by witchcraft, witchcraft is used in controlling another person either the controller uses anger and threats to get their way, causing obedience through fear or he or she portends to be easily hurt if denied their wishes, causing guilt, fear of rejection. Rebellion is another form of witchcraft; when one rejects the truth.

Whatever is going on in your life, God has an answer and it comes by praying, fasting, reading, and studying the Word of God. God has the answer, not man nor demons. Fortune Tellers and anyone that tells you they can tell your future is a liar and the truth is not in them. Your answer is in God’s Word, if you go by any other means you’re opening yourself up for demonic spirits. Go to God with your problem, tell Him what concerns you; what concerns you, concerns Him!

← Giving
Will You Deny Jesus? →