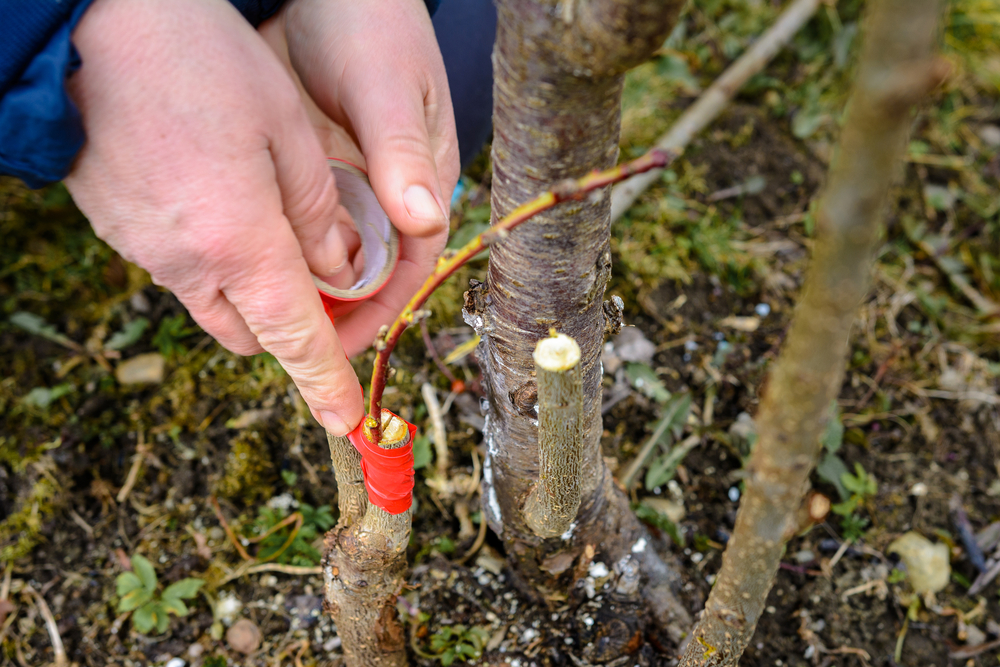 Grafted Into The Promise

Thou wilt say then, the branches were broken off, that I might be grafted in. Well; because of unbelief they were broken off, and thou  standest by faith. Be not high-minded, but fear – Romans 11:19:20.

Salvation is the most common biblical expression used to identify the subjective changes in people’s lives. When by faith they have received the benefit of  Jesus’ death and resurrection. The term implies deliverance, safety, preservation, healing, and soundness. First, the Christian has been saved from the guilt and penalty of sin. Secondly, the Christian is being saved from the habit and dominion of sin in this life. Finally, when the Lord returns, the Christian will be saved from all the physical results of sin.

Paul was from Tarsus, a prosperous city and center of education in the Cilician plain of southeastern Asia Minor. Paul inherited Roman citizenship, which was widely granted during the latter part of the Roman republic, and was also a citizen of Tarsus. Paul received rabbinic training in Jerusalem. Despite the relative liberalism of his teacher Gamaliel, Paul was a strict rigorist among Pharisees. This zealous strictness included his response to the gospel; Paul sought to destroy the church. Paul was living by the Mosaic Law rather than Christian faith, salvation through Jesus Christ.

Paul was converted to Christianity on the road of Damascus on his way to persecute Christians. Jesus met Paul on the road of Damascus, and he received revelation of who Jesus was, and from that day forward he was changed. Soon after this revelation, Paul had contact with at least one Christian in Damascus who recognized Paul was a believer of Christ by baptizing him. Paul was immediately called by Jesus to take the gospel to the Gentiles, he was known as the Apostle of the Gentiles.

Gentiles were a non-Hebrew person, as a nation with reference to all people. The primary distinction between Jews and Gentiles, Israel and the nations, was religion. Israel was set apart from the Gentiles as a people chosen by God and established as a nation of priestly emissaries to them. Because of this special relationship with the Lord, it was necessary for Israel to avoid the influences of foreign cults. The Christian community remained exclusively Jewish until the stoning of Stephen, after which the church was dispersed, first throughout Judea and Samaria, and finally throughout the Mediterranean world.

Apostle Peter was credited for converting the first Gentile, the Roman centurion, Cornelius. Apostle Paul is particularly responsible for opening the church to the Gentiles, beginning with Barnabas. Paul and Barnabas had a preaching mission at Antioch in Syria. By opening a door of faith to the Gentiles, Paul aroused the hostility of both Jews and Jewish Christians. In response he proclaimed that God is God of the Gentiles as well as the Jews and that both have been given power of salvation. He contends that Gentiles “by nature” may comply with God’s righteous demands through acts of conscience and faith. Nevertheless, he cautions the Gentiles that their justification by faith is not cause for pride.

Many Jewish people rejected the Good News, they depended on their heritage for salvation. They saw Jesus, but they did not believe in Him, they heard His words, but they didn’t receive it. Because of their unbelief the Gentiles were grafted into the promise; salvation. Both Peter and Paul believe salvation was for everyone who would receive the gift (Then Peter said unto them, Repent, and be baptized every one of you in the name of Jesus Christ for the remissions of sins, and ye shall receive the gift of the Holy Ghost. For the promise is unto you, and to your children, and to all that are afar off, even as many as the Lord our God shall call – Acts 2:38-39). Peter exhorted his listeners to repent, in other words each person had to make the decision for themselves to turn away from his or her sinful habits and turn to God in faith. This promise of salvation wasn’t just for the Jews, but for everyone.

Salvation is a gift from God to those who will accept His way of salvation. Gentiles have been supernaturally connected to the family of God through their accepting salvation through faith in Jesus. Gentiles have been grafted into the Abrahamic covenant through faith therefore becoming recipients of God’s blessings.  The reason Israel, the Jews were broken off and has fallen is so that Gentiles could be grafted into the tree. When God is finished with the Gentiles, He will reinstate Israel. The Jews were God’s chosen people, and through faith, we have become God’s chosen people and priest (But ye are a chosen generation, a royal priesthood, a holy nation, a peculiar people; that ye should show forth the praise of Him who hath called you out of darkness into His marvelous light – 1st Peter 2:9). As priest, we can’t live any kind of way, as priest, we have a twofold responsibility, sacrifice and intercessory prayer. The sacrifices of the believer are his body, his praise to God, his substance and his service. As Christians, we have to pray on the behalf of others.

Christians, like the Jews, are a people separated to God, we must live a life that represents the holiness of God (Ye also are lively stones, are built up a spiritual house a holy priesthood, to offer up spiritual sacrifices acceptable to God by Jesus Christ – 1st Peter 2:5). As priest, we can’t go everywhere, do anything, say anything, look at everything, listen to everything that doesn’t reflect the holiness of God. We have been grafted into the Promise, and we should take our salvation with sincerity and gratitude. The false teaching of “saved, always saved” is misinterpreted, if that was the case, when the Jews disobeyed as well as had unbelief were disconnected from God, how much more the Gentiles (For if God spared not the natural branches, He may not spare you either – Romans 11:21.