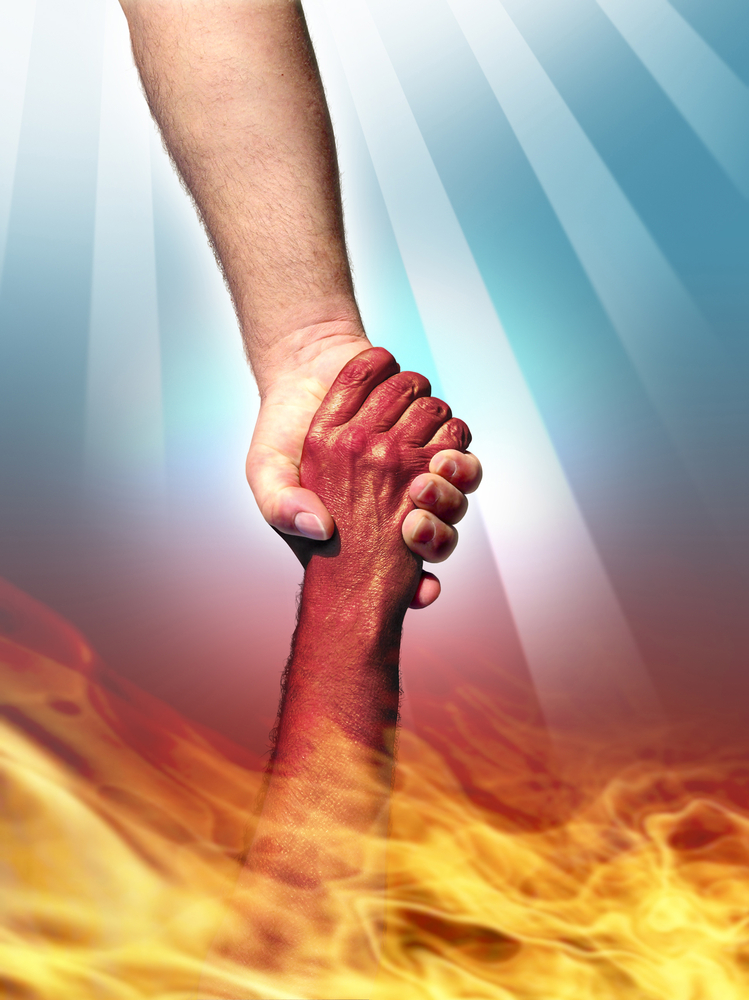 Elkanah’s name meant God has created or possessed. Elkanah was the son of Jeroham, he was a priest and had two wives who lived with him in Ramathaimzophim. Peninnah who bore him children and Hannah who though barren, was his favorite. When at last Hannah bore a son, Elkanah accompanied her to Shiloh, where they presented their son Samuel to the Lord.

Hannah was the wife of Elkanah the Ephraimite, and mother of Samuel. For a long time, Hannah was childless and was harassed by Elkanah’s other wife, Peninnah. During the family’s annual pilgrimage to the sanctuary at Shiloh, Hannah vowed that if the Lord would grant her a son she would dedicate the child to His service. A petition which the priest Eli assured would be fulfilled. Although Hannah was childless and was harassed by her adversary, she continued to go to God and the house of God, and she continued to pray.

Many times when trouble comes, Christians blame God, they stop attending church, they stop praying rather than continuing to pray and believe God for what they’re asking for. Peninnah was a member of the family, her adversary went with her to the house of worship.  According to the Bible, Peninnah, Hannah, and Elkanah went yearly to Shiloh to worship, Hannah didn’t allow her adversary to keep her from presenting herself before God. Every one of us has an adversary, and sometimes the adversary can be sitting beside us at church to make us focus on them rather than focusing on God. The adversary can be in our home, but we can’t allow the adversary to keep us from coming before God who is our helper and redeemer, who is a shelter and resting place, who is our Father.

The adversary doesn’t care who he can use as long as he has a vessel, his strategy is to keep our focus on the thorn in our flesh, to keep us meditating on what’s going wrong, what we don’t have, what we should have done, and in reality, he has us meditating on him rather than the Word of God. Jesus for-warned His disciples they would be persecuted, they were going to have tribulations (Yet hath he not root in himself, but dureth for a while; for when tribulation or persecution ariseth because of the word, by and by he is offended – Matthew 13:21). Satan didn’t love Jesus and neither does he love us. His goal is to try to influence us to go against the Word of God, forsake God and His will for our life. Satan knows without faith we can’t please God, so he attacks us in areas that will make us questioned our salvation, questioned God’s love for us.

Satan is trying to devour Christians, because he knows Christians will pray, fast, and fight for the weak as well as the non-believer to come into the knowledge of God, so he watches to find out our weakness (Be sober, be vigilant; because your adversary the devil, as a roaring lion, walketh about, seeking whom he may devour – 1st Peter 5:8). Lions attack sick, young or straggling animals; they choose victims who are alone or not alert. Apostle Peter warns us to watch out for Satan when we’re suffering or being persecuted. We can lose what we have gained in Christ for years and lose it in seconds by dealing with foolishness by reacting in our emotions rather than praying for discernment for what we’re dealing with and how to confront it in godliness.

When we have sinned, or reacted in a way that didn’t reflect Jesus’ character whether than running to God for help or the church, we allow shame to separate us from God and the body of Christ, this is when we will feel alone, weak, helpless and cut off from other believers, so focused on our troubles that we forget to watch for danger, this is when we’re vulnerable to Satan’s attack. As Christians, we must stay focus as a solider of Jesus Christ, we must stay alert, watchful, and prayerful. Even in the house of God, we have to be watchful for the attack of the enemy, he comes in different forms and different ways. Its our spiritual duty to know when he’s walking to and fro seeking to find who he can devour.  As Christians, we can’t focus on the actions of an individual, but discern the root cause that is causing them to act as they do and deal with the spirit rather than the individual.

Hannah, didn’t focus on Peninnah, but she focused on getting to God, and the house of God. Don’t allow the adversary, trials ,and tribulations keep you from coming to God in prayer. Don’t allow sin to shame you from getting to the altar and finding someone you can confess your sins to in order to be healed and delivered (Confess your faults one to another, and pray one for another, that ye may be healed. The effectual fervent prayer of a righteous man availeth much – James 5:16). A prayer for deliverance can’t be prayed if the sin is kept in secret unless God gives someone discernment of what the individual is entangled with. Keep coming to God, keep coming to the house of prayer that’s where your deliverance will be!